World Superbike: GEICO Will Once Again Be Title Sponsor Of Event At Mazda Raceway Laguna Seca

World Superbike: GEICO Will Once Again Be Title Sponsor Of Event At Mazda Raceway Laguna Seca 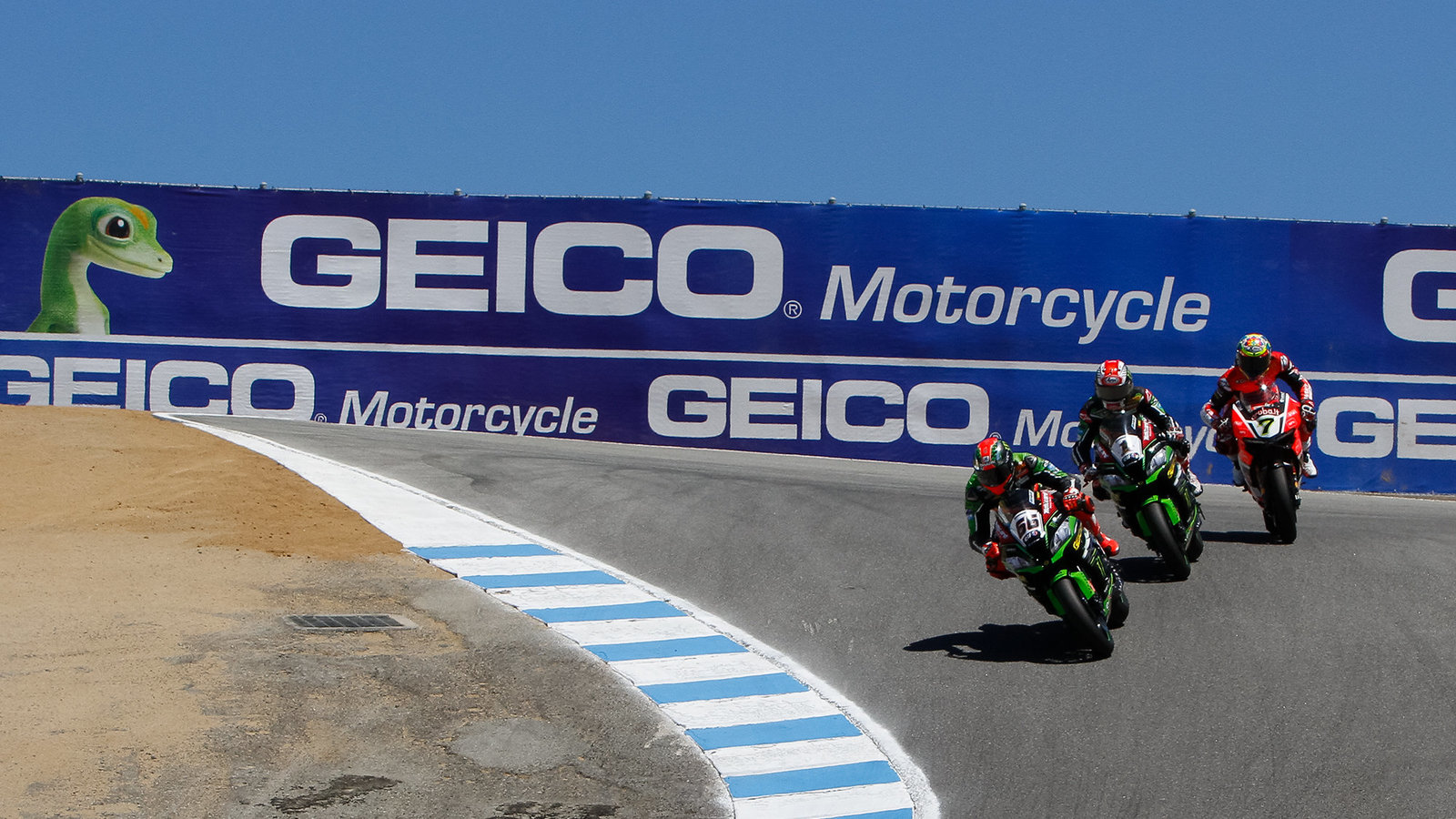 GEICO announced as #USWorldSBK Round sponsor

American insurer supports World Championship as it revs up to California

Heading into the eighth round of the year, GEICO Motorcycle and the Dorna WSBK Organization are delighted to announce that the American company will sponsor the US Round for the fourth consecutive year. The MOTUL FIM Superbike World Championship hits the famous Mazda Raceway Laguna Seca from 7th – 9th July, and the GEICO US Round won’t be one to miss.

As one of the largest insurance companies in America, GEICO was founded in 1936 and has grown into one of the most popular companies in the US. Their vast coverage and commitment to the industry is a value which can be echoed within the WorldSBK paddock, making it the perfect partnership.

Headquartered in Chevy Chase, Maryland, the company is actively involved in the motorsports arena and its growing fanbase. That passion will continue to shine throughout the GEICO US Round.

Set in the phenomenal scenery of California, the weekend will welcome just one class of racing around the demanding Laguna Seca circuit, meaning all eyes will be on WorldSBK. Four different winners have graced the podium so far in 2017, the championship rolls into the US and the home of the famous ‘corkscrew’ corner, the GEICO US Round promises to deliver stunning action.

“We are thrilled to team up with one of the premier motorcycle events in the country,” said GEICO vice president Ted Ward. “The MOTUL FIM Superbike World Championship promises some great racing and an even greater opportunity for us to enhance our interactions with passionate race fans.”

Marc Saurina, WorldSBK Commercial and Marketing Director are thrilled to see the relationship continue for 2017: “To have GEICO support the US Round once again is fantastic news for the WorldSBK Championship, and one which we are very proud to announce. GEICO is such an important and influential company in the US, and for us to have such a strong relationship with them shows the importance of our championship to the US. Mirroring our passion for motorsport, GEICO Motorcycle is the perfect sponsor for the weekend at Mazda Raceway Laguna Seca.”

Catch all the riders’ reactions and more on our WorldSBK social channels and at WorldSBK.com.