​Elena Myers Unable To Secure Funding To Go Racing In 2016

​Elena Myers Unable To Secure Funding To Go Racing In 2016 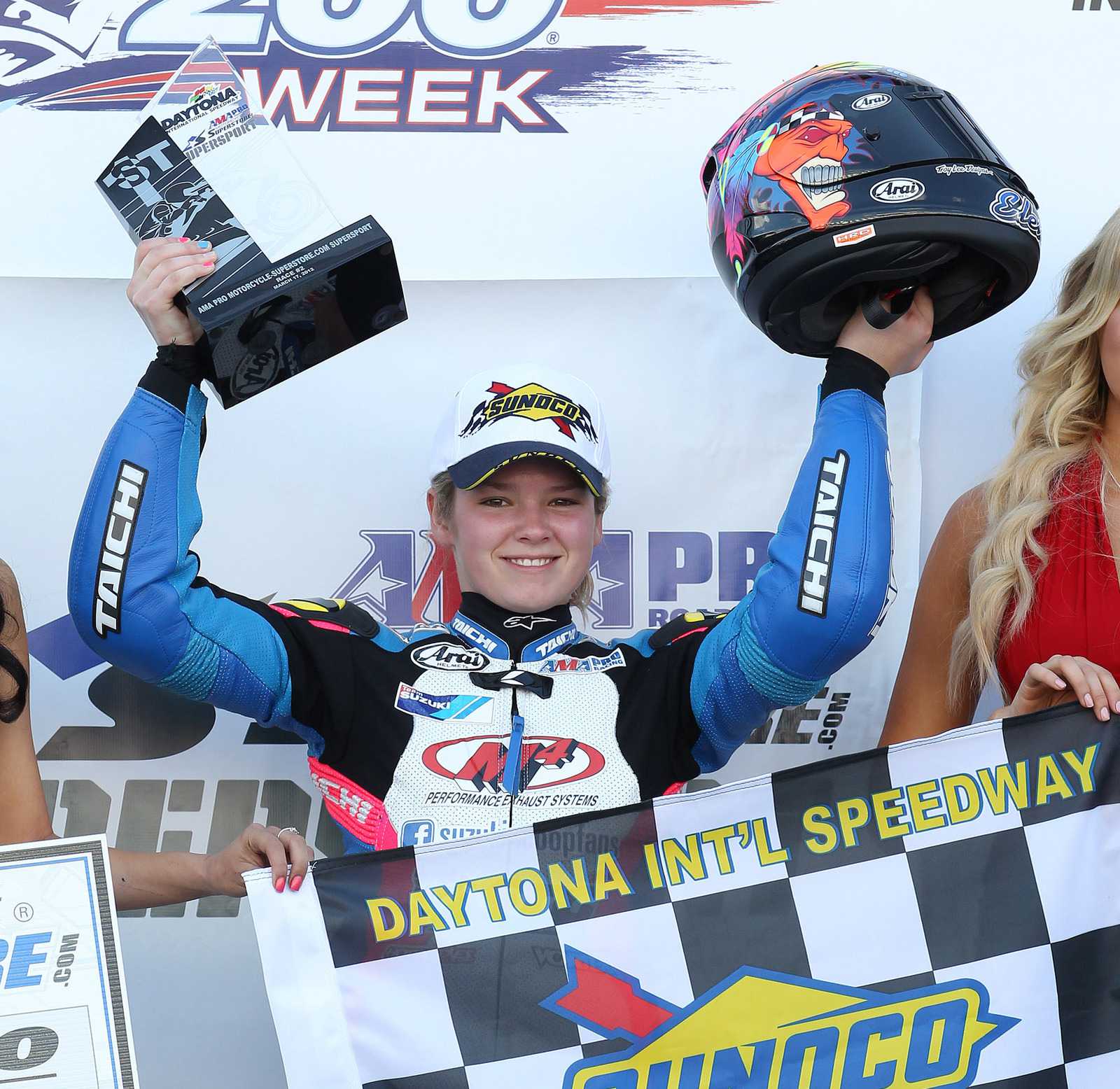 MotoAmerica Superbike rider and team owner Elena Myers may not be racing in the 2016 season because she has been unable to secure the necessary funding to do so, according to a message she posted to her social media feeds.

“It is with regret that I must tell you that I have been unable to secure enough sponsorship to race in MotoAmerica this year,” Myers posted on Facebook.

Myers, 22, ran her own team, Team21Motosport, in the 2015 MotoAmerica Superbike Championship. Riding a McGraw Powersports-sponsored Suzuki GSX-R1000, she placed fifth in the final Championship point standings with a best race finish of fifth at the season finale at New Jersey Motorsports Park.

Prior to that, Myers achieved several milestones during her racing career.

In 2012, she became the first female to win a major motorsports event of any kind at Daytona International Speedway when she won her second AMA Supersport race, and she did so with an undiagnosed broken scaphoid bone in her left wrist.

In 2013, she finished ninth in the Daytona 200, the highest finish by a female in the 74-year history of the event.

Reached by telephone Monday, Myers told Roadracingworld.com, “[2015] was a difficult year to get through financially, but we made it through. I was able to fulfill all of my obligations to all of my sponsors. I wanted to finish the season, and that was the original goal. We met that, which was awesome.

“After kind of looking at things and how they went last year I had to think hard about it. I continued to find sponsors for this coming season, but it was going to have to be more than it was this previous season for it to work out so I wasn’t going into debt doing it, which I did in 2015. I maxxed out all of my credit cards. And things just haven’t panned out.

“I’ve reached out to some people, and some people have reached out to me, and we haven’t been able to find the proper funding. At this time I need to be realistic. Going racing, it’s a full-time job running a program and training to be the racer as well. And not being able to have a regular job makes it really tough just to live.

“I certainly didn’t expect to make any money last year, but I need to start being an adult and looking at things from the real world. Racing right now isn’t going to be the career that’s going to make me a living, which is unfortunate because after last year I thought this year would be even better.”

Myers said late last year she set a deadline of January 15, 2016, to decide if she had what she needed to move forward with the 2016 racing season.

“That date came and went and nothing transpired,” Myers said. “I’m going to try to pursue a career in the industry, but it’s certainly not the end of my racing career. It’s just, I guess a little break to pay bills.”

Dunlop is pleased to introduce the fifth generation of...
Read more
Feature