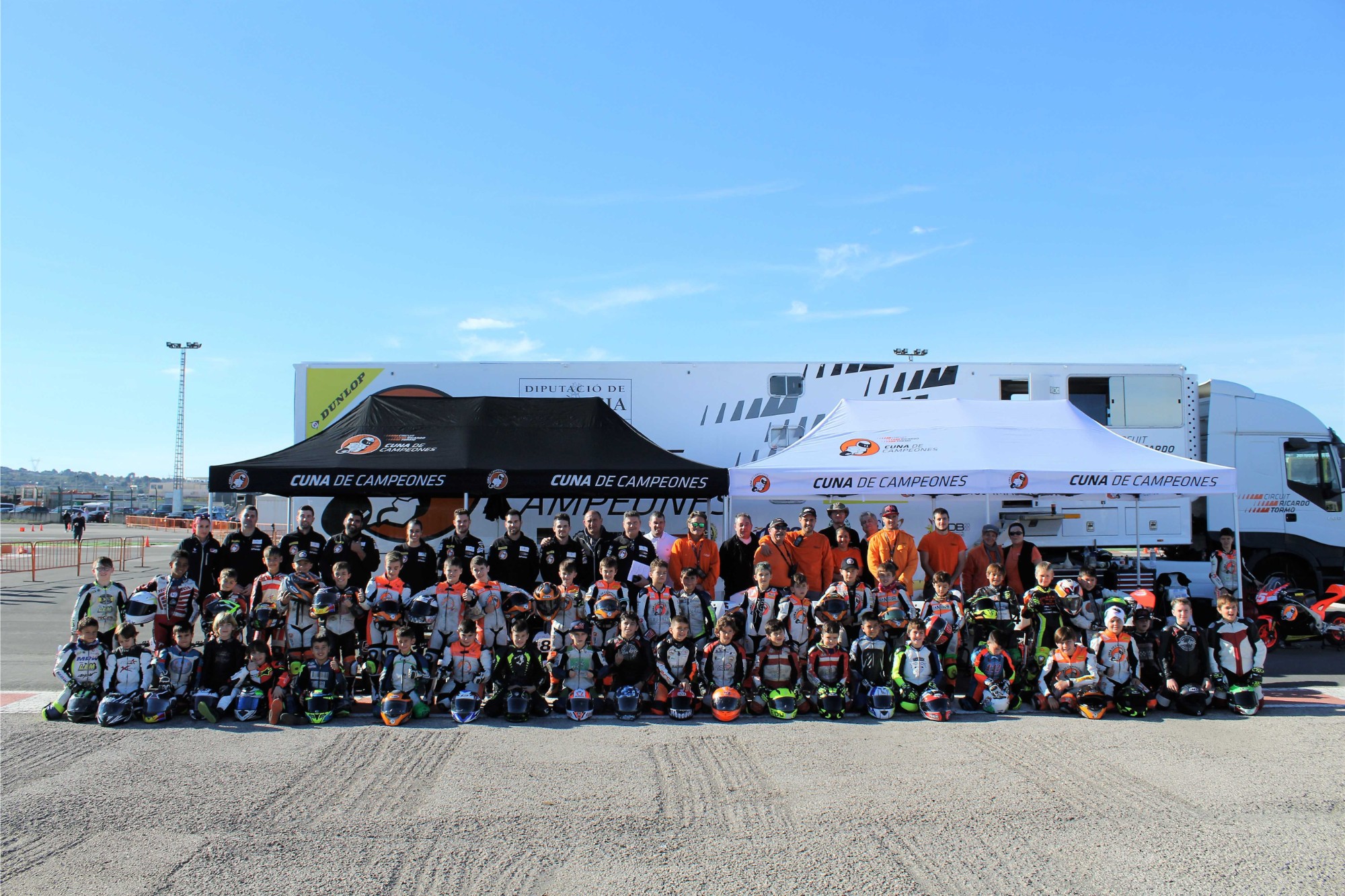 American Kristian Daniel Jr., age nine, of Chatsworth, California, has been awarded a scholarship to attend the Cuna de Campeones 2019 MiniGP program in Spain and a ride with the MIR Racing Team in the 2019 MiniGP 110 Spanish Championship.

“The Cuna de Campeones [school] is a comprehensive program that aims to take young riders from age six all the way until they are ready for the World Championship. A day at the school consists of warmup exercises, a classroom session talking [riding] theory and lines, and finally a variety of riding drills.

“The tryouts were to award different levels of scholarships to young riders and families based on a few factors… including lap times. Aside from that, the top two MiniGP 110 riders would be selected to be a part of the MIR Racing team to compete in the MiniGP Spanish Championship on board a brand new prototype MIR Racing MiniGP110 designed to compete with the Ohvale 110.

“In the MiniGP class, 14 riders were split up into Groups A, B and C. Riders had two, 10-minute sessions to put in their fastest times. Kristian was in group A, and by his second session Kristian had put in a lap time only two tenths behind the leader and 2nd fastest overall.

“As Group B went out for their final session, Kristian’s nerves were on edge because there was a very fast rider who was sure to put up a fight. However, that rider suffered a small crash, and although he remounted, he wasn’t able to beat Kristian’s time.

“Then it was time to watch group C. Again, there was a very fast rider whom Kristian watched closely and prayed that he wouldn’t be knocked off of the coveted top two spots. After the checkered flag was waived, and about 15 minutes of waiting, Kristian was confirmed to have the second fastest time overall by only one tenth of a second. There were five riders within three tenths of each other.

“The hard work had been done, but aside from lap times, Cuna de Campeones took into account each rider’s size, age, experience, grades, etc. to ensure they gifted the scholarship to a good, all-around athlete. After about an hour’s wait, Kristian Daniel Jr. was awarded one of the two full scholarships in the Cuna de Campeones school and he secured a ride aboard the brand new prototype MIR Racing MiniGP110 motorcycle for the 2019 season.”

For more information about Cuna de Campeones, go to  https://www.cunadecampeones.es/.