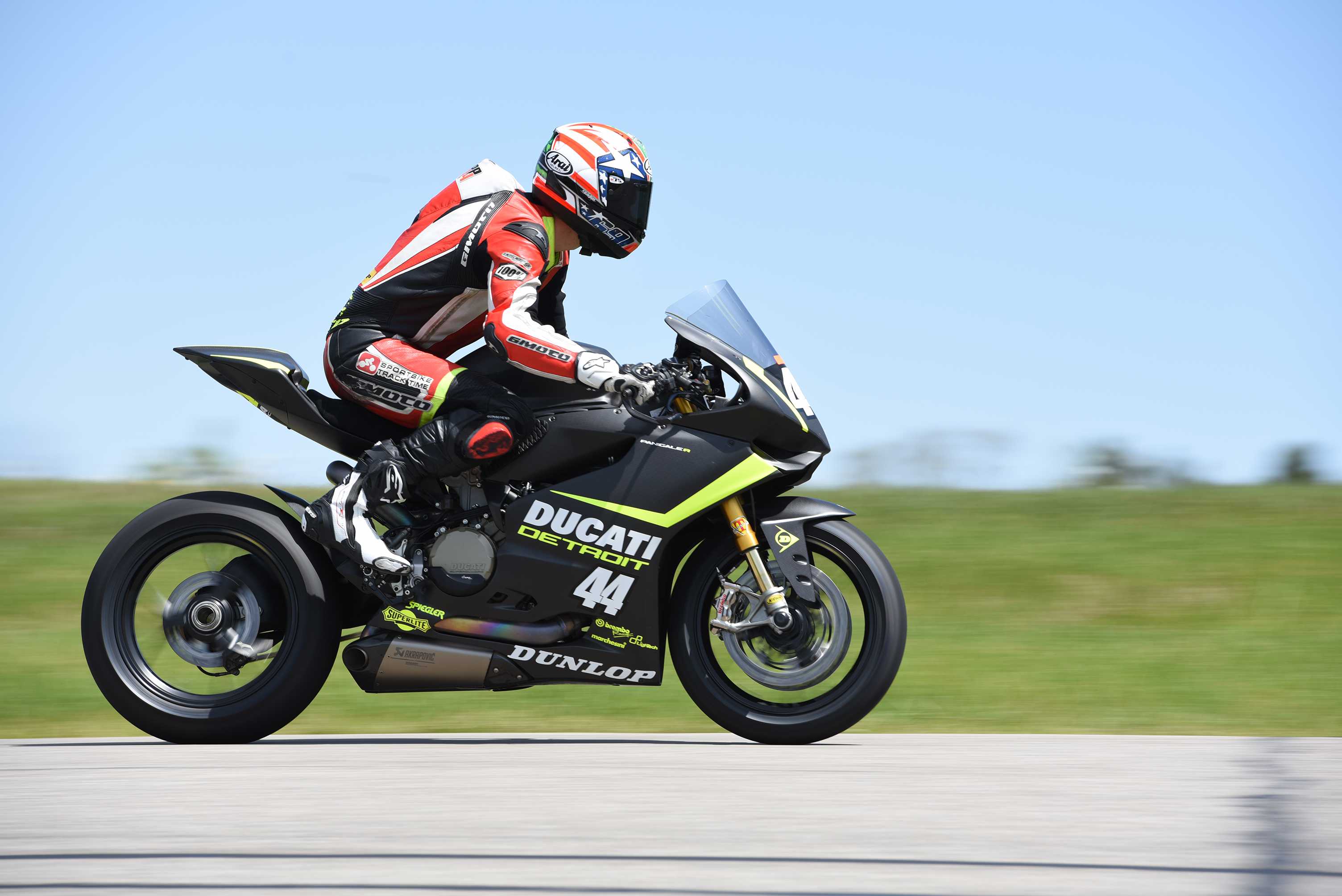 Taylor Knapp will be racing for Ducati Detroit this weekend at the 13th Annual Barber Vintage Festival on the Ducati Panigale R superbike. New for this year, AHRMA has added the Formula Thunder Pro Challenge which includes a $18,000 purse and pays out $8,000 to the winner. This will mark the 2nd year in a row that Knapp will campaign the Panigale R for Ducati Detroit. While last year’s weekend at the Vintage Festival didn’t go as well as planned, the team regrouped for the WERA Grand National Finals at Barber a few weeks later and won a few Championships.

Speaking of the event, Knapp had this to say: “I’m stoked to be back on the Panigale R again this year for Ducati Detroit. The bike is a beast and the Ducati Detroit team has been putting in a lot of work developing the package. We have some unfinished business to take care of at this event. Last year we had some unfortunate issues that prevented us from running well and it left us all wanting more. I’m feeling very confident with the bike and set up. We plan on coming out swinging so hopefully these boys bring their A game!”

Kevin Callaway – Team Manager: “We’re happy to have Taylor Knapp back on the Ducati Detroit Panigale R. We’ve been very impressed with Taylor’s ability on the bike as well as his communication off the bike. He is a first rate professional and one of the fastest racers in the country. After a tough weekend last year at the Barber Vintage Festival, we bounced right back and won a few big races at the WERA GNF. Our lap times were pretty close to Taylor’s lap times in Moto America at Barber in 2016, so I think we’re headed in the right direction. There will be some incredibly talented riders and teams in this year’s Formula Thunder Pro Challenge. We’re very excited and honored to be a part of the program. Thanks to everyone at AHRMA and Barber for putting together such an incredible and professionally run event.”

Ducati Detroit is located in Birmingham, Michigan and is the only exclusive Ducati dealership in the State. The dealership opened in 2013 and has received the Top Sales award in the Midwest Region from Ducati North America for several years in a row. Ducati Detroit would like to thank the following sponsors and partners: