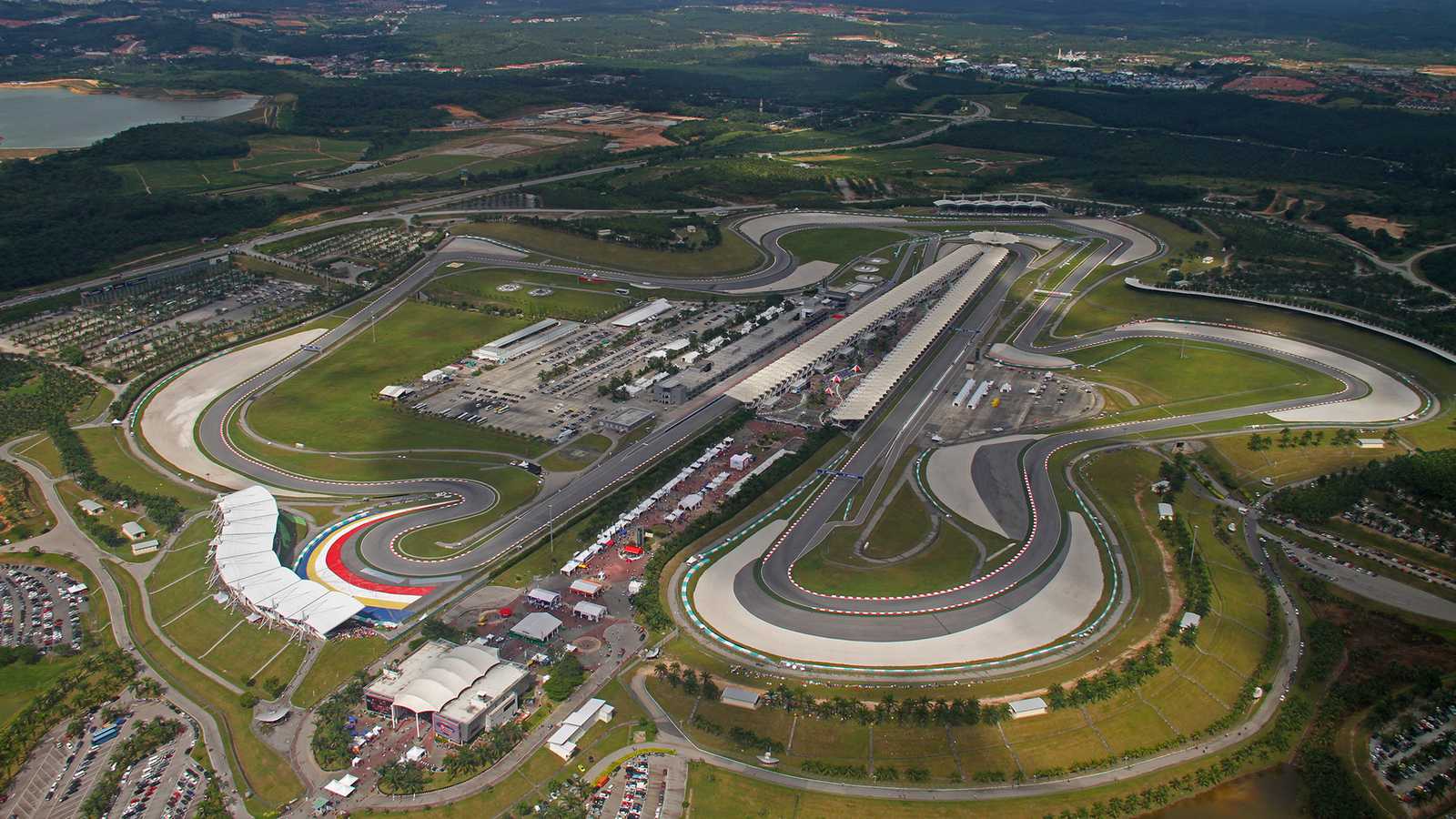 WorldSBK: The Heat Is On

What awaits as WorldSBK heads east to Malaysia

Kuala Lumpur is a truly global city. With a long history sewing the threads of the past into the modern canvas that sees influences both old and new create skyscrapers around pillars of tradition, Sepang International Circuit is a recent jewel in the spectacular crown of the Malaysian metropolis. Set south of the city through the administrative capital of Putrajaya as the busy hive of KL fades out, the circuit is a perfect 5.5km test track for a motorcycle, taking in the two long straights separated only by the final hairpin, and the wider, sweeping corners that see adhesion tested to the limit.

That’s not the end of the challenge in Sepang either, because the ambient temperature, and the temperature of the asphalt, is one of the highest over the course of the season: testing man as well as machine. In addition, the track has been resurfaced for 2016 and some cambers have changed, and the track now measures a slightly different length. Despite the familiarity with the track on which the majority of the grid can count, there are challenges ahead for all with changes to the circuit and the high temperatures.

Imola saw a Davies double, as the Ducati rider also achieved in Round 3 in Aragon, despite rival and reigning Champion Jonathan Rea going into the weekend as most successful rider at the track. Assen belonged to Rea as the Kawasaki rider did the double there, and the two men look set to fight for the title once again in 2016. The Ducati is stronger than 2015 and the Kawasaki newer and more unknown, closing up the battle as the two rivals fight for supremacy. Sepang will test both once again as they return to the scene of their clash last year: Rea took Race 1 and Davies Race 2, with the Welshman pulling off a spectacular move at the final corner to prevent Rea taking the title in Malaysia.

Tom Sykes, although a constant challenger for the podium and a race winner in 2016, finds himself a little further behind than Davies and is looking to get back on a par with teammate Rea as he did the last time WorldSBK raced in Asia, in Buriram earlier in the season. P3 in the title standings ahead of Honda’s Michael van der Mark, Sykes first has his sights set on P2 in the points table as the paddock heads to Kuala Lumpur. Sykes has seen success at Sepang, especially in qualifying, but has had his statistics at the track marred by separate incidents that saw him unable to fight for the win, most notably with then-teammate Loris Baz in 2014.

Honda WorldSBK team’s Michael van der Mark and Nicky Hayden had a tough weekend in Imola after both standing on the podium the Round before in Assen, and with neither a rookie at Sepang in 2016 both will be looking to challenge at the front once again. Van der Mark, so far the most consistent podium challenger of the duo, will be set on getting on the rostrum once again and Hayden, after riding at Imola as a rookie of the track, will be going ‘home’ of sorts as Sepang is a circuit he knows inside out and on which he has proven successful. The American will be eager to test out his new wheels and tyres on the 5.5km layout and see how they compare to the bike on which he’s previously attacked Sepang.

Yamaha will be eager to try their new YZF R1 on the track, too. As a venue that can test every part of a motorcycle, track time will be useful for the Crescent squad as they fight their way into race contention. After a big crash for 2014 WorldSBK Champion Guintoli at the Autodromo Internazionale Enzo e Dino Ferrari in Imola, the Frenchman is in doubt for the event on a track on which he’s had good results. Teammate Alex Lowes has suffered bad luck in Malaysia that he’s impressively recovered from with great race pace, including Race 2 in 2015 in which he fought back from last to finish in P8, and the Brit will be hoping for better luck to allow his inherent speed to take him to the front.

Althea BMW enjoyed a season best result in Race 1 in Imola as Jordi Torres fought up to finish just behind those who got on the podium, and MV Agusta got their best ever result in P4 in Assen. Both teams are building momentum throughout the season, and are now consistent threats in the top ten and constantly adding good hauls of points to their respective tallies. Lorenzo Savadori, after a run of fantastic form as the rookie gains traction in WorldSBK on his Aprilia, now has good experience of running in the top 5 and will want that to continue, too, as newcomers IodaRacing settle into the WorldSBK Paddock. Teammate De Angelis, who is a veteran of Sepang International Circuit from the MotoGP, Moto2, 250 and 125 World Championships, will also be healthier after a run of bad luck through the last half of 2015 and the first of 2016, and his experience could prove invaluable to Aprilia as they attempt to cement their place as consistent challengers.

Imola is now the past, with eyes set firmly on Sepang International Circuit as the paddock heads east. With such a different layout to the Autodromo Internazionale Enzo e Dino Ferrari, the Malaysian track is sure to throw up some very different races. The lights go out for both Race 1 on Saturday and Race 2 on Sunday at 16:00 local time (GMT + 8) as the engines fire up for Round 6.

WorldSSP: Back in the Saddle

Sofuoglu reigns once more as Supersport heads to Malaysia

Kawasaki Puccetti Racing rider Randy Krummenacher had led the WorldSSP Championship since the Swiss rookie crossed the line to take his first victory in the class, in Round 1 at Phillip Island. The race win on his first outing and a DNF for his teammate after a tyre issue took the pressure off a little in the first few Rounds of his first season, as all the other expected title favourites had more difficult weekends.

Having ridden in the Moto2 World Championship before moving to WorldSSP, it would have been easy to say that Krummenacher found the immediate success because of how well he knew Phillip Island Grand Prix circuit, but the truth is that the rookie has been a frontrunner in every single Race so far this season, including tracks like Buriram and Imola that were previously unknown to him. The lead has now been ceded to teammate Sofuoglu, however, as an impressive run of form has seen the reigning Champion able to overtake his teammate in the standings when Krummenacher suffered a mechanical problem in Italy. The pressure, then, is back on, and how much more the rookie can find to take the fight to his experienced teammate is sure to set up some unforgettable clashes.

Two other key figures on the WorldSSP grid knew that pressure before Imola, and arrived to the Autodromo Enzo e Dino Ferrari needing a good weekend to get them back on track. Jules Cluzel, after a hard time in Assen in the rain and slipping down the Championship standings, put in a stunning lap in the final minutes of qualifying to take pole position at the Italian track despite Sofuoglu having dominated the pace in practice. After a more complicated Race, the MV Agusta rider got back on the pace again and hunted down the reigning Champion to come P2; moving back up into the top three in the title table.

Honda rider PJ Jacobsen suffered a difficult two previous Rounds before arriving in Italy, and the American bounced back well in Imola with a solid performance to round out the podium. After emerging as a true title contender in 2015, Jacobsen has shown he has the pace once again this year. In addition, Sepang International Circuit is where the Honda rider took his first win and really began to gather momentum last season, and the American looks forward to returning to the track, especially off the back of a podium finish on a track not traditionally having proved one of his strongest.

Zulfahmi Khairuddin is another face on the grid pushing for a great result in Sepang. The Malaysian rider is settling into WorldSSP well and his home circuit has given the Orelac Racing Verdnatura rider great memories and past glory. In the Moto3 World Championship in 2012, Sepang staged Fahmi’s first pole position and in the race the local hero came home in P2. Khairuddin is sure to feel the extra push of home motivation to help him challenge for the top once again.

To beat Kenan Sofuoglu in World Supersport is a great challenge, particularly when the Turk has found his trademark incredible pace and consistency once again since Round 1. However, there are pretenders to the crown who have showed their readiness to take the fight to the reigning Champion, and the stunning Sepang International Circuit is ready for the curtain to drop once again, from the 13th to 15th May.