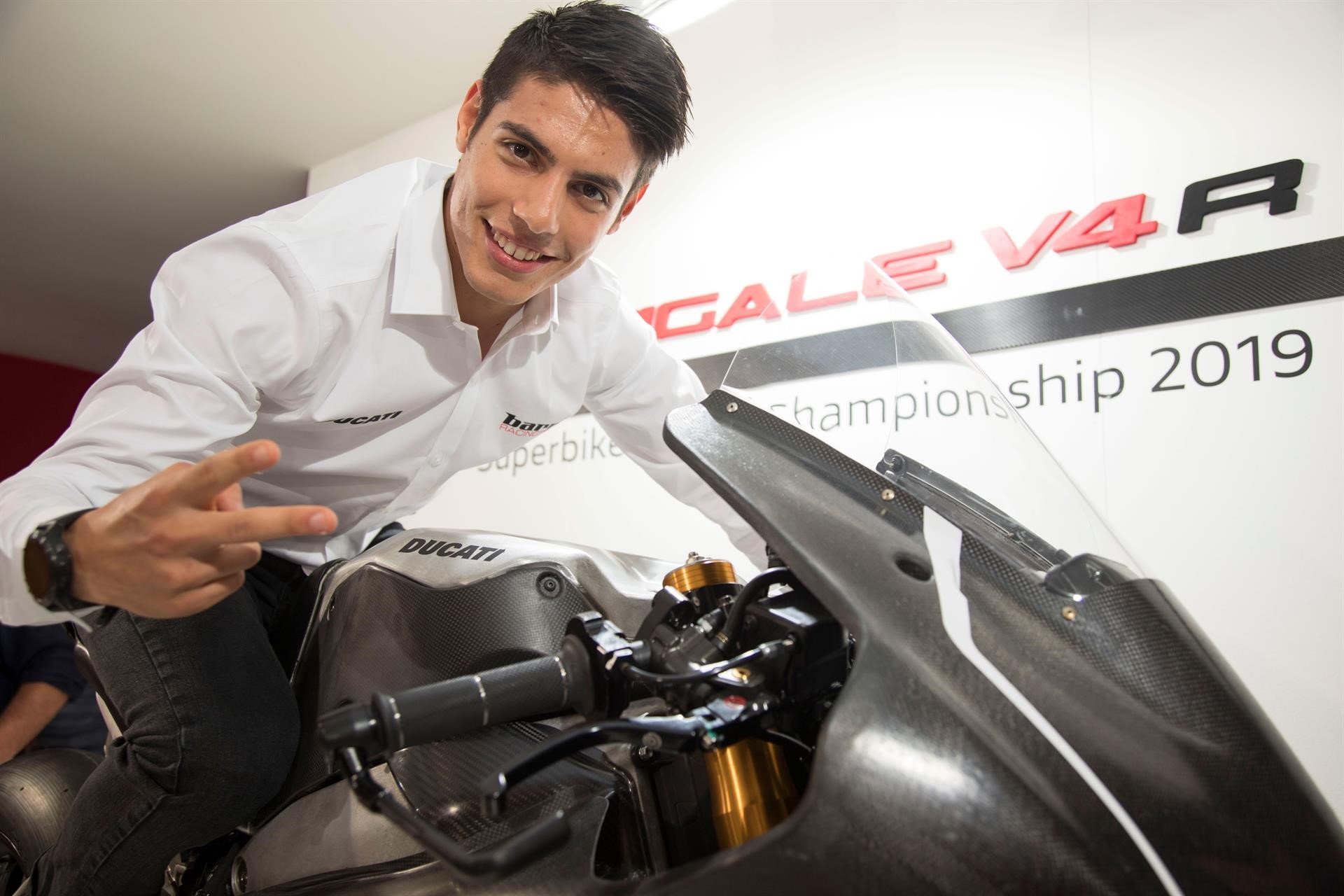 Rinaldi will ride the new Ducati Panigale V4R of Marco Barnabò’s team and will debut in the first race at Phillip Island, Australia.

Born in Rimini, in the earth of Motorvalley, Rinaldi is one of the most promising Italian talents in the motorsport scene: after two excellent seasons in the Superstock 600, in 2017 he won the Europan Superstock 1000 Championship with the Ducati Panigale 1199 R and the Aruba.it Racing – Junior Team.

In 2018 he made his debut in WorldSBK Championship: still together Aruba.it Racing – Junior Team, riding the Ducati Panigale R, he was out on track for the first time at Aragon. Taking part in the European rounds he got a sixth place in race 2 in Brno as best result. In his eight rounds he put in his pocket 77 points conquering the third placer in the standings reserved for independent riders.

“2019 means a new era for Ducati, the 4 Cylinders, because of that it will be great changes even for us. This seemed like the right time for a new beginning: new bike, new rider. We chose Rinaldi because one of our target is to help young talent to grow up and to show his real potential. I have been following Michael since he was the winner in Superstock 1000 and already last year – with the Aruba.it Racing – Junior Team and Panigale R – he proved to be competitive. I’m convinced we can let him to express his qualities.”

“First of all, I’d like to thank Aruba.it Racing – Junior Team, in the past three years, they gave me the chance to grow up and make a debut in 2018 in WorldSbk. Next, with the Barni Racing Team, it will be my first complete season in the Championship. This means I will ride in some unknown track but I’m convinced I can take some good results where I was already competitive this year.

“I still have so much to learn and in Superbike but I hope I’m able to take good results as soon as possible to thank Marco Barnabò and the team for the opportunity.”