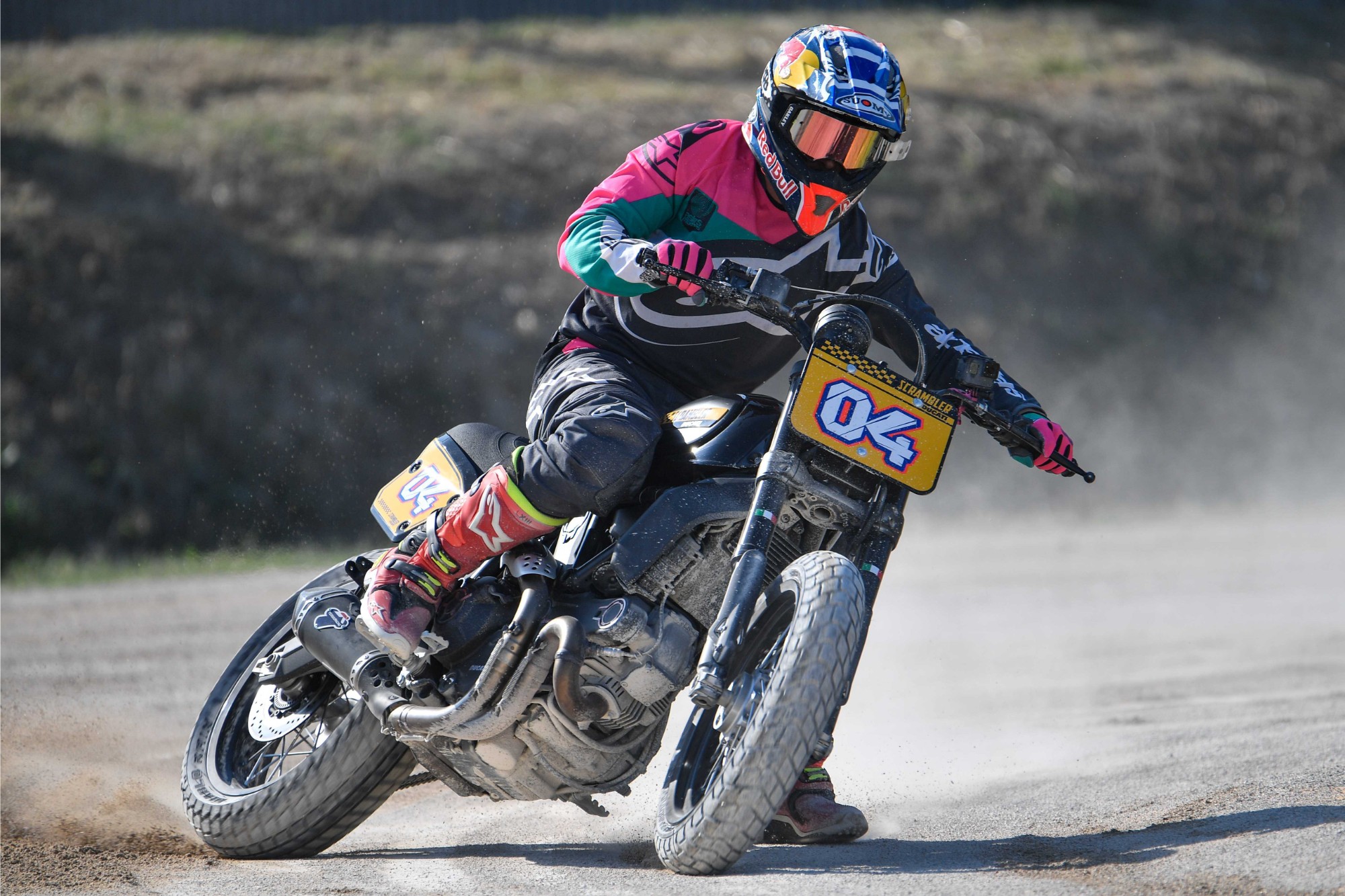 WDW2018: the great Ducati festival has begun in Misano

•Long queues and a lot of interest in the mysterious “closed room”, with a preview of one of the new Ducati 2019 motorcycles

Adriatico, Rimini, 20 July 2018 – WDW2018 hits the ground running with all the elements necessary to celebrate its 10th anniversary with flair, exceeding all records and expectations. The big festival that every two years attracts Ducatisti and motorcyclists from all over the world is in full swing at the Marco Simoncelli Misano World Circuit, running from Friday, 20 July to Sunday, 22 July.

It all started Thursday evening at the harbour in Cattolica, as the Adriatic Riviera began to experience the peaceful invasion of the Ducatisti, which also calls for an off-circuit event in the evening. Friday night a parade of thousands of motorcycles will depart from the circuit and travel to the pier of Rimini for a “rustida” and the Scrambler Beach Party energised by a DJ set from Ringo and Virgin Radio.

They arrived on their motorcycles and every other means of transport to reach the Misano circuit on time to be present from the very first day of this incredible event. Visitors started queueing outside the circuit in the early hours of the morning, waiting for the gates to open at 8 am. The first to enter were three Ducatisti who rode from Greece on their Multistrada motorbikes, rewarded for their enthusiasm and for officially opening WDW2018.

The public of WDW2018 is a mix of people coming from all over the world. According to pre-sales data, 60% of the participants are Italian, but the remaining 40% confirm the power and appeal of the Ducati brand all over the world. The Ducatisti come from the USA, Europe, Japan, Australia, Russia, India, but also from Brazil, New Zealand, China and the Philippines.

Also at WDW2018 are Ken Lu and Lv Fei, the two riders from China, who rode their Multistrada 1200 Enduros from Xinjiang to Bologna in only seven days. Ken and Fei accomplished an extraordinary feat, covering over 7,575 km across 10 countries in order to reach the gathering like the true Ducatisti they are.

A fundamental component of the Ducatista universe are the 147 Desmo Owners Clubs (out of a total 270 official associations present throughout the world) that have come to WDW2018. A record number of participants, coming from 33 countries for a total of 4,375 DOC members. 280 of them – representing all the DOCs present – were received in the beautiful and unique setting of San Marino, where the World President Meeting was held, attended also by Claudio Domenicali, CEO of Ducati Motor Holding but also a true, passionate Ducatista. At the end of the evening, a beautiful dinner was organised in Piazza della Libertà, which offers one of the most beautiful views of the historic, charming village, together with government authorities of San Marino.

WDW2018 is also bursting with competitions and challenges on the track among Ducati riders. The first of the two racing events included in the programme for this 10th edition, the Scrambler Flat Track Race, which took place on Friday afternoon at the Misano circuit Arena. A hard-fought race full of twists, spectacular slides, duels and pursuits that saw the victory of Andrea Dovizioso, who has repeated the performance of WDW 2016, confirming that he is unbeatable in that race. Eight champions who entertained the crowd riding their Scrambler Flat Track Pros, starting with the knockout rounds which saw Dovizioso reaching the final race, where he competed against Xavier Simeon and Danilo Petrucci.

A long queue of visitors lined up at the entrance of the “closed room” throughout the day, where Ducati offered an exclusive preview to WDW2018 participants of one of the new Ducati 2019 motorcycles (no pictures or videos allowed!). The general public will have to wait for EICMA2018 in Milan on 6-11 November to see the new bike and get information and details on one of next year’s most anxiously awaited new developments.

In the “Land of Joy” of the Scrambler Village the view of WDW2018 from above offers an exciting show. Thanks to the hot air balloon anchored to the ground with safety ropes, visitors can float about 100 metres above the colourful and crowded paddock, getting an absolutely unique and original perspective. Just as breathtaking is the experience in the Scrambler Silodrome, the cylindrical wooden structure inside which daring stuntmen riding two Scramblers defy the most basic laws of gravity performing motorcycle acrobatics along the vertical wall of the Colosseum.

At the SuperSport stand visitors can see a special livery take shape, colour after colour, detail after detail until its completion, actively participating in its creation by helping professionals with the decals, stripes, cutters and spatulas under the direct guidance of Ducati Design Centre technicians. Also in this area, personalised decals with nickname, race number and official WDW2018 logo are produced on the spot, to be applied to your bike to make it even more unique and special.

The new WDW2018 app, available for iOS and Android, will be constantly updated with information, news and the schedule of the great Ducati get-together. You can download it for free from the Apple Store and Play Store.