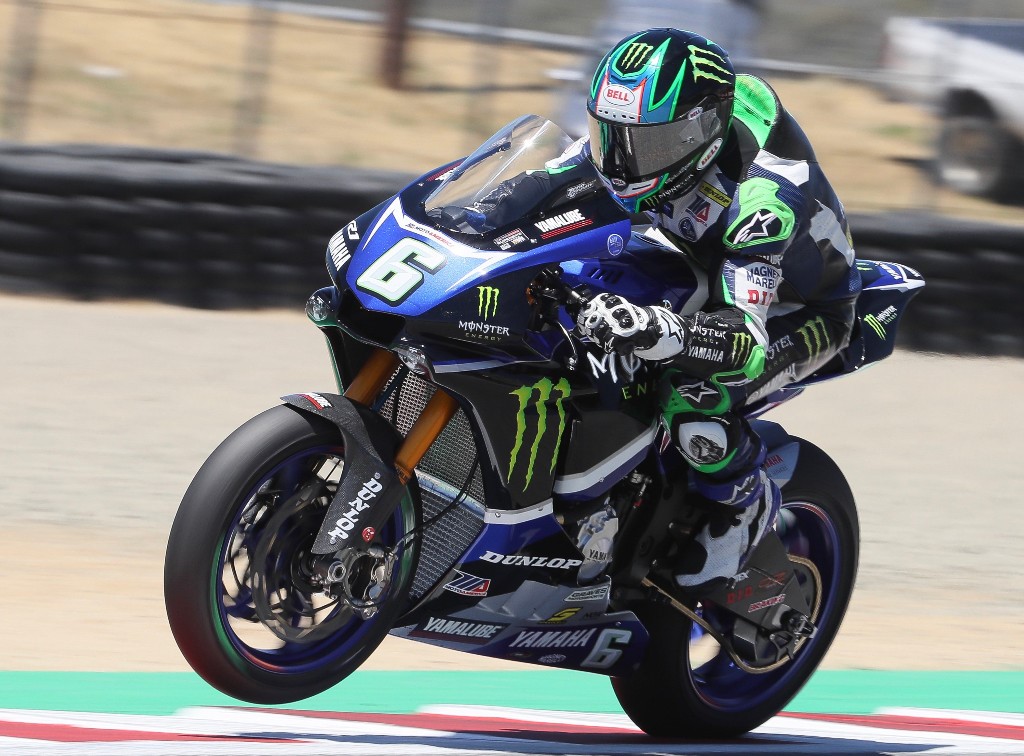 In Qualifying Practice One (QP1), Beaubier did a 1:50.070 on his Dunlop-shod Monster Energy/Yamalube Yamaha YZF-R1 and was more than one second clear of the next-fastest rider, Toni Elias. Then late in Qualifying Practice Two (QP2), Beaubier did a 1:49.254, which was not only the fastest time of the day but it was also much faster than anyone, especially Beaubier, went on the first day last year at UMC.

“I came into this round obviously a little more confident than last year, but at the same time I knew last year we struggled pretty badly here,” Beaubier told Roadracingworld.com. “I just came in with an open mind and it went good. My R1 was working really good. We made some changes with gearing and a different link and with electronics just to get my bike a little better on engine braking. So far so good.

“It’s nice to start off on the same foot we left off at Laguna. Toni’s also going fast. I know he had a little problem this morning, but it looks like he has pretty good pace. I’m looking forward to the races.”

Elias’ “little problem” in QP1 was a lowside crash in Tooele Turn that resulted in Elias’ Yoshimura Suzuki GSX-R1000 catching on fire and being destroyed.

“It was a very stupid crash,” said Elias, the defending MotoAmerica Superbike Champion. “It was frustrating to see my bike melting and there was nothing I could do to stop it. I tried to put some sand and gravel on it, but the more I did the worse it got.

“In the afternoon I was not comfortable on the second bike. Then we made a big change and the feeling was back, the same feeling I had with the small [rear Dunlop] tire. Then I am touching my elbow and sliding the rear. I feel like a fish back in the water. If this feeling is there we will be fighting hard.”

Elias wasn’t the only rider to suffer adversity Friday. Scholtz crashed during QP1. Herrin had a fuel injector go bad, costing him all of QP1, and then he crashed without injury in QP2. Fong got no flying laps in during QP1 and only rode half of QP2 due to problems with his engine electronics. Eslick only did a few laps during QP1 due to a problem with a rear wheel speed sensor. Cameron Petersen destroyed his Genuine Broaster Chicken Honda CBR1000RR SP2 when he crashed in Turn One during QP1, and Petersen’s teammate Jayson Uribe blew his engine early in QP2. And Geoff May missed half of QP1 because the rear wheel speed sensor wasn’t lining up right on the new swingarm on his new Omega Moto Yamaha YZF-R1 Superbike, he said.