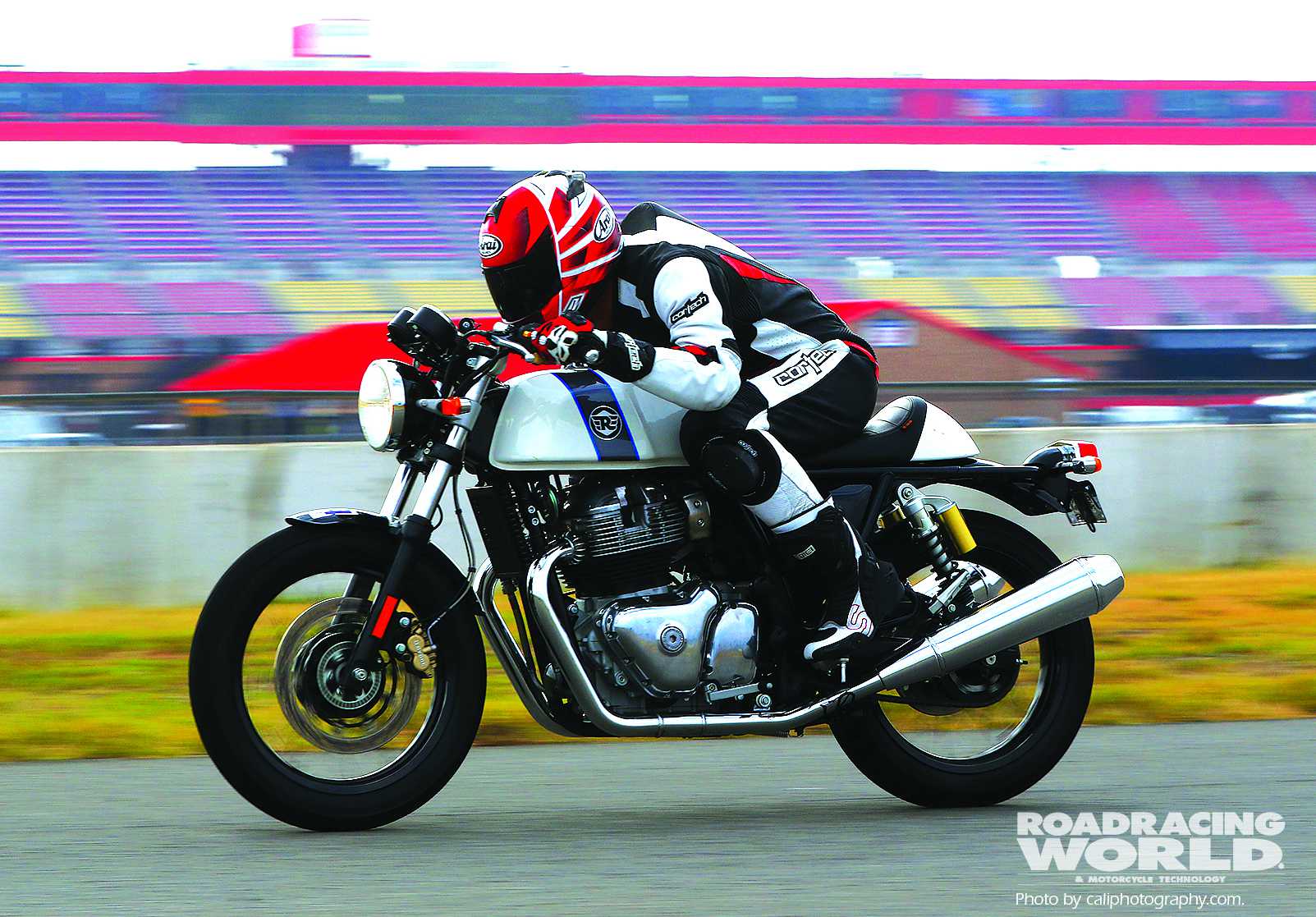 FEATURED IN THE FEBRUARY 2019 ISSUE OF ROADRACING WORLD…

“There are some nice sweepers on the road after lunch. We’ll push on a bit,” the ride leader said as we sat on the side of the road, waiting for some other riders to catch up.

I consulted my British-to- English translation guide and smiled. “Push on a bit” translates to “We’ll go significantly faster.” And at lunch, the ride leader and I had played a little racer ‘I’ll-show-you-mine-if-you-show-me-yours’ with our smartphones. I showed him an image of me at Auto Club Speedway, knee-and boot-down at Turn 13, on my race SV650. He showed me an image of himself at the Manx GP, fully airborne on a modern Kawasaki 650 Twin. I smiled even more.

The 650 Twins we were riding were not racebikes or even sportbikes. They were not designed to be. But on the road plunging from Alice’s Restaurant down toward the Pacific Coast of Northern California, the all-new Royal Enfield Continental GT 650 and INT 650 proved to be thoroughly entertaining and capable motorcycles …

-Michael Gougis, Editor-at-Large, in the February 2019 Issue of Roadracing World

Editor-at-Large Michael Gougis reviews the new Royal Enfield 650cc twins, machines that evoke memories of the classic British twins of the 1960s and 1970s. Can the company, now based in India, recreate the riding experience of the pulsing Parallel Twins with modern convenience and reliability? Find out in the February 2019 issue of Roadracing World.