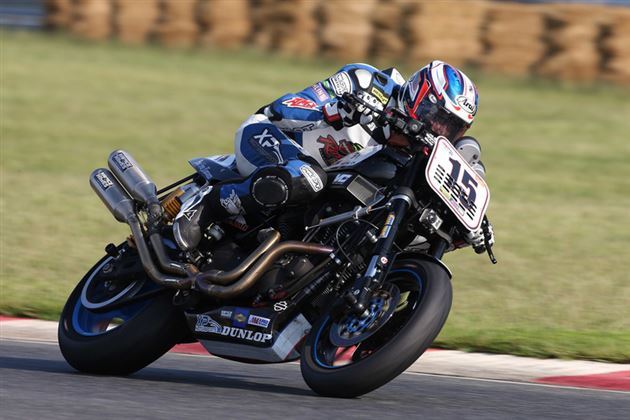 Popular former AMA Pro racer Michael Corbino had a Blood Alcohol Content (BAC) of 0.264, over three times Florida’s legal limit of 0.08 BAC, and was under the influence of “Cannabinoids” at the time of his fatal crash November 29, 2015, in Sarasota, Florida, according to blood and urine tests administered by the Medical Examiner and included in the official crash report just released by the Sarasota Police Department.

The report stated that Corbino was riding a 2015 Ducati with a passenger and was headed northbound on Bay Front Dr. early on a Sunday morning. According to the report, the road was lit, skies were clear, and the road was flat and dry. The report stated that Corbino was negotiating a right-hand curve on the four-lane road, which is divided by a center median that contains vegetation. His speed could not be determined.

According to the report, Corbino failed to negotiate the curve, hit the median curb and then struck a tree in the median. The motorcycle was found 33 feet from the impact site.There were no witnesses to the crash, which was reported to police at 2:58 a.m.

In the report, a police investigator wrote, “Writer concludes due to his level of impairment, Corbino was unable to negotiate the curve at the location of the crash.”

The report said that a damaged helmet with an unbuckled strap was found lying in the roadway near the impact site, and it could not be determined if Corbino or his passenger, Jasmine Fraser, had been wearing the helmet.

Corbino suffered numerous injuries and his cause of death was ruled by the Medical Examiner as a fractured skull due to blunt impact to the head during the crash. Fraser’s injuries were not detailed in the report. According to a press release issued by the Sarasota Police Department shortly after the accident, Fraser was transported to a hospital with “life-threatening” injuries. According to friends of Corbino, Fraser is recovering from her injuries.