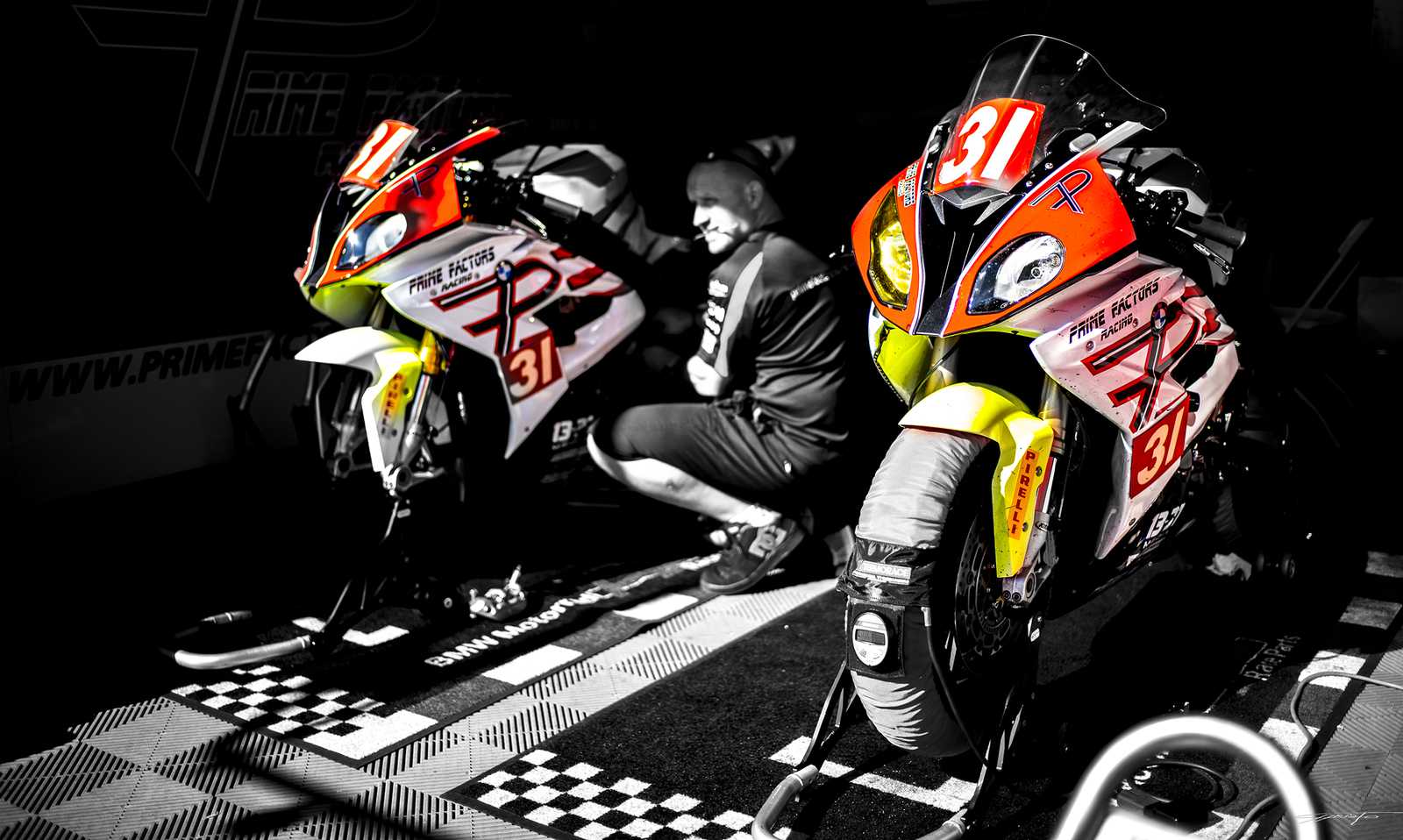 PRIME FACTORS RACING BACK ON HOME SOIL AS THEY MOVE TO MCE BRITISH SUPERBIKE CHAMPIONSHIP!

08 January 2016 – After a year competing in the FIM Endurance World Championship, Surrey based Prime Factors Racing will make the jump to the prestigious MCE British Superbike Championship for 2016. The BMW team, managed by former BSB star Steve Plater, will run in both the blue riband Superbike and Pirelli National Superstock 1000 classes.

Formed in 2014, Prime Factors Racing made an immediate impact when they secured the Sorrymate.com National Endurance Championship in their debut year. Eager to make an impression on the world stage, the team moved to the FIM Endurance World Superstock Championship for the 2015 season. Despite competing against vastly more experienced teams, Prime Factors were able to hold their own; securing a strong finish in their first 24 hour race, at Le Mans.

This season the team signed former British Supersport Champion and winner of BSB and Isle of Man TT races Steve Plater as Team Manager, who brings a wealth of knowledge as they move into British Superbikes.

Fielding riders in both Superbike and Superstock, Prime Factors will again use BMW Motorrad supported S1000RR machines. Racing in front of home fans provides the team the perfect platform to demonstrate the tuning capabilities of their customer focused business; Prime Factors Motorcycles. The performance house will have a presence at BSB rounds showcasing their own services and Alpha Racing products, which they distribute.

The 2016 rider line-up will be announced in due course.

Prime Factors Racing Team Manager Steve Plater commented: “This is a very exciting opportunity for everyone at Prime Factors Racing. BSB is undoubtedly the most relevant series in motorcycle sport, and with 2016 being its 20th anniversary it was a perfect opportunity to make our debut! We’re confident that with the calibre of riders we have, coupled with the support from BMW, we won’t be there to make up the numbers and our goal is to mix it up with the more established teams!”