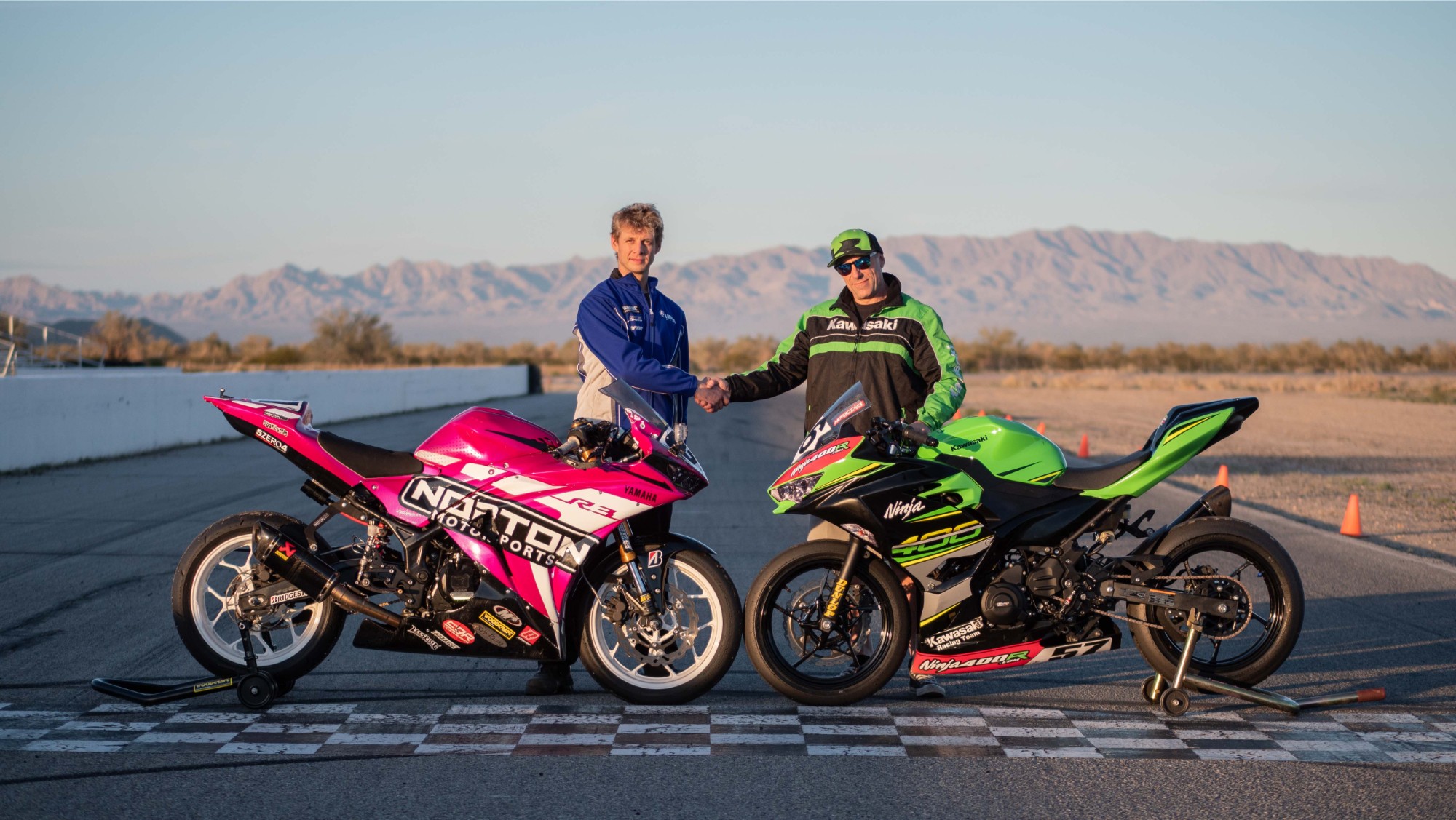 The collaboration’s new website, www.Norton-Motorsports.com, is
packed full of videos, helpful tips and tricks, how-to articles, race reports,
as well as performance parts developed by Jesse Norton and Jeremy Toye under the Norton
Racing name.The site also specializes
in bringing you only the best products from top companies such as Akrapovic,
Ohlins, Brembo, Hotbodies Racing, Graves Motorsports, Yoshimura, Traxxion
Dynamics, GP Technologies, Woodcraft, Vortex, Superlite, Galfer, Spark,
Sharkskinz and many more. If we would
run it on our own bikes, it’s on the site!

YamahaR3Racing.com founder Jesse Norton has been racing motorcycles for nine years and has an extensive background
in 3D CAD design, engineering and high-tech manufacturing. He spent a decade manufacturing precision
machined parts for the aerospace, defense, and medical industries before
combining his passion for racing and his professional expertise and putting it to work developing the Yamaha YZF-R3. He launched YamahaR3Racing.com in the fall of 2014 before the YZF-R3 even landed in U.S.
dealerships. Since then, he’s been
racing and developing the bike with an open-book philosophy to help riders
across the world get their YZF-R3s race ready.

Jeremy Toye, who owned and operated Lee’s Cycle Service in San Diego, California for 17 years, can’t help but develop every motorcycle
he puts his hands on. His lengthy list of racing
achievements includes winning many regional
and national superbike races as well as international experience: Jeremy was the fastest newcomer at the Isle of
Man TT in 2006, earned a third-place and several fourth-place finishes at the
Macau Grand Prix, and set the heavyweight lap record at the 2014 Pike’s Peak
International Hill Climb. In 2018,
Jeremy partnered with Hotbodies Racing to create Ninja400R.com and has led the development
of the Kawasaki Ninja 400, working with young stars Ashton Yates and Rocco
Landers. With Jeremy’s help, Ashton
finished on the podium seven times with three wins in the 2018 MotoAmerica Junior Cup
season, and Rocco Landers smashed lap records all winter preparing
for the opening round of the 2019 MotoAmerica Junior Cup, where he won both
races–the first race by an unprecedented 16 seconds–aboard his Ninja400R.com
Kawasaki.

By combining forces, Jesse and
Jeremy pack a serious punch when it comes to developing bikes for
ultra-lightweight racing and beyond. In
their first weekend working together with Rocco at Round 7 of the CVMA Championship
at Chuckwalla Valley Raceway, Rocco rode the Norton Motorsports 2019 Yamaha R3
to seven victories and went a staggering two seconds under the previous lap record
for a Supersport Yamaha R3.

Go to www.Norton-Motorsports.com for all your Kawasaki Ninja 400 or Yamaha YZF-R3 racing and performance needs!