Nicky Hayden: The Final Round Of Tributes And Memories From People Whose Lives Were Touched By The Kentucky Kid

Nicky Hayden: The Final Round Of Tributes And Memories From People Whose Lives Were Touched By The Kentucky Kid 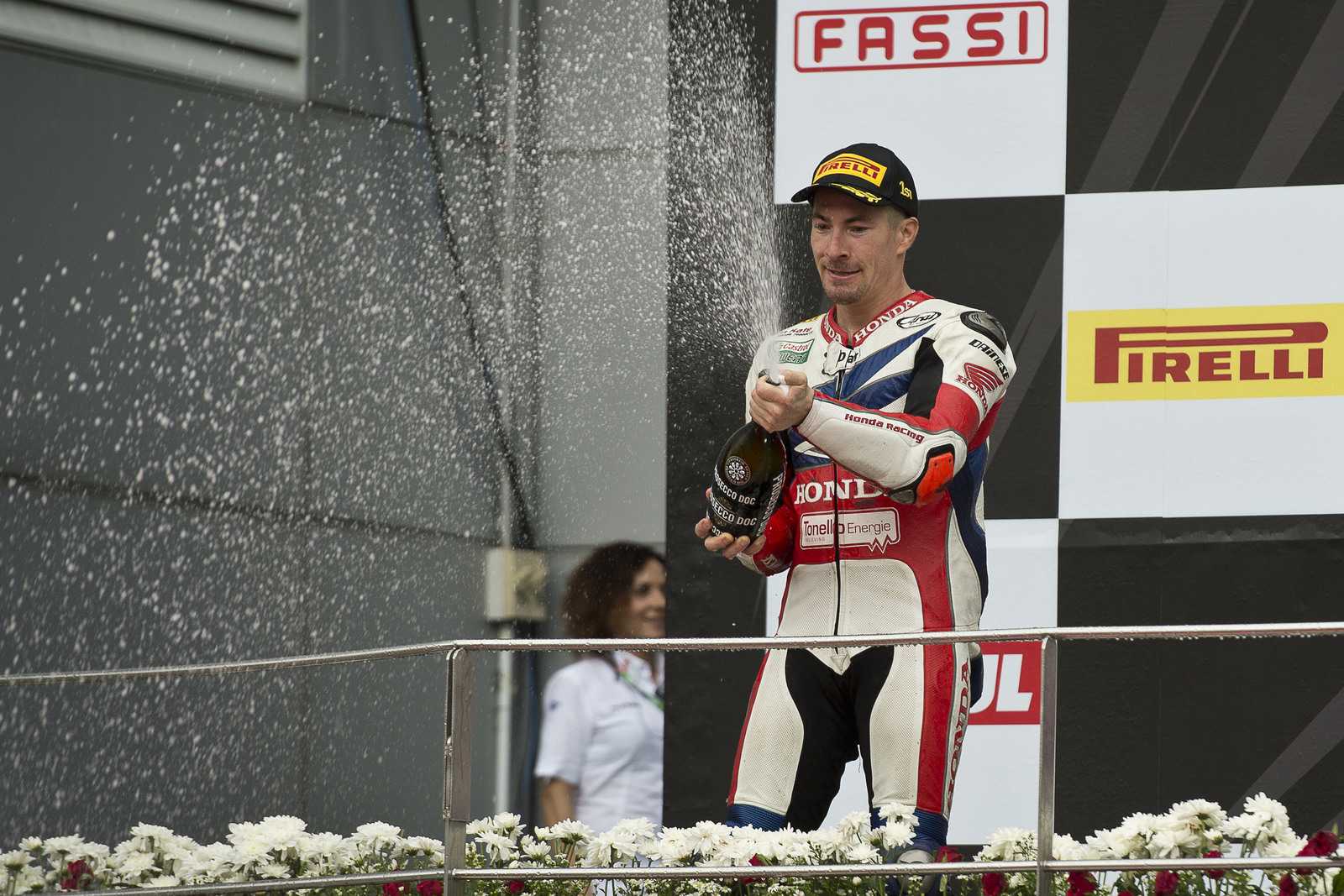 1. the most successful point; the culmination.

That is an important definition to know when you talk about Nicky Hayden, but there are many others too. Passionate, compassionate, driven, honest, honorable, friendly, positive, caring…etc. – All those were shared with the fans through his actions. The words of others that were around him add massively to that list. Nicky Hayden was genuinely liked and respected by all that knew him. The testimonials from racers, promoters, sponsors, journalists and other moto insiders are an amazing statement of that. For all intents and purposes he was an amazing human being and an American hero to his fans. His loss has a huge number of those fans reeling and I want to share my thoughts as too why.

Other American racers have reached that success, but unless you are 40 plus years old you likely never saw them race and really were not invested in them like the younger guys and gals are with Nicky. Older fans are too, I am closing in on 60 and I am amazingly invested in Nicky. That is why it hurts so bad not having him with us anymore. Part of the reason perhaps is the media coverage of motorcycle racing compared to the past. Kids don’t wait for the mail man to deliver their Cycle News to know what happened or wait for race videos to be sold to actually watch one on TV. It is a new world with the internet and with Nicky’s timing, success, dedication and demeanor he made the most of it.

Almost all motorcycle sport fans and even their extended families knew of Nicky. My wife who saw him race just once and really never followed his career cried when she heard the news. She knew someone very special to me and so many others was gone and I would be upset and that carried over to her. I have to believe there are plenty of others like her that were touched by an amazing young man. I have been surprised by other non-fans that know I am saying something about it too. Amazing.

Part of the feeling of loss, even without knowing Nicky personally has come from the smile and nature of a good human being chasing his dream and his families dream and dedication to it. I think most all of you that raced have a little piece of Nicky in you.

His loss is more than a passing headline. It is life altering for many of us. Now that is a big statement so I suppose I should back it up. Nicky was supposed to race at Laguna in July. Another chance to use his hometown magic to put the non-competitive Honda on the box. Another chance to interact with fans and friends and be Nicky Hayden. For tens of thousands of fans that weekend is changed. Many like me are still going to go to both watch some great racing from WSBK and the MA guys, but now we are also going to show homage to Nicky and support for Roger. I have a feeling Nicky’s passing will create a larger fan base of good wishers for the Suzuki pilot. I know my heart will be cheering for Nicky through his brother at that same time as cheering for his brother. It will also give us a chance to nod, chat, high five other fans wearing #69. A chance for his extended moto family members to gather to celebrate the life of a beloved racer and human being. A guy that did what so many of us dreamed about, but never even had a shot at getting close. Be a world champ. Not only did he accomplish that, he endeared himself to so many of us by being a superior human being and an American hero all wrapped up in one person.

Godspeed Kentucky Kid. Thank you for the time you shared with us.

The past week has brought those words back like I heard them yesterday. The voice, the accent, the moment.

It’s 1996. Denton, Texas. 10.5 hours into a twelve hour YSR endurance race. It’s pitch black out past the track lighting, the sky is one solid, ugly, black cloud. The lightning has been out there for hours, slowly closing on us. It’s finally within a mile of the track. Huge bolts crackling thru the clouds and attacking the ground, lighting up the Texas pasture to our north. The race director has pulled us all in for a meeting. He plans to call the race. We can race in the rain. We can race in the wind. But we can’t race in the lightning.

I’m not certain exactly what hour the front hit but it’s been cold most of the day. The wind has not taken a break. I recall not bothering to remove my leathers when I wasn’t on the bike, I just put a jacket and hood on over them. We’ve got tool boxes, spare tires, and five gallon gas jugs strapped to the corners of every EZ-up in the pit. Most of them won’t survive the day, being upended and twisted shortly after the race is called by the gusts on the front edge of the lightning.

A father with a clip board and stop watch has paced just outside the pit fence at the edge of turn two most of the day. He brought two of his three boys from Owensboro, Kentucky to race with us. Tommy, Earl Hayden’s oldest had another race so Roger and Nicky, 13 and 15, have split the ten and a half hours between themselves. For reference, there were five riders on my team.

We gather at pit row, the race director points at the lightning and says we’re done. For the most part the riders are quiet. It’s been a long race day. Nobody is heart broken…except the fifteen year old that drove twelve hours to race half of a twelve hour endurance race before driving twelve hours home. He’s already been on the bike a good five hours and he’s now hopping up and down at the edge of the group hollering in the Kentuckyest of accents:

He set his mind at four years old to become a world champion. Wrote it down. And spent the next 31 years doing what most of the world calls “dangerous”. Doing it at the highest level of the sport. And it was clear to all that watched that he was loving every minute. …He left us this morning. 35. Too soon. Taken from his family, his fiancee, his legion of fans while riding his bicycle. Something most of the world calls safe.

Live well, y’all. Go hard. Chase your dreams. Don’t “be careful”. Be hungry. There are no promises.

[Some of this is fuzzy, we’ve had several twelve hour races and I might be mixing two, it’s been 20 years, but this is how it happened to the best of my memory. edit: after posting this to my Facebook I was reminded by others there of the sideways hail. It didn’t bother Nicky.]

I never met Nicky Hayden but I am a fan of his. It was a privilege to watch Nicky progress from flat track to road racing and then to the pinnacle of the sport the Grand Prix and finally to World Superbike. In all the interviews Nicky gave I never heard an excuse and he had reasons to at times. I watched Nicky grow up and change from awkward to polished. Then there was that smile, that luminous smile, the smile that was contagious. Nicky would smile from the podium or in an interview and I would smile back from the couch. The emotion Nicky demonstrated after winning the Championship in 2006 was raw and my heart leapt with joy at his accomplishment. He was one of us that went to Europe and became a champion. The sudden passing of such a life force, someone I have admired for years has left a hole in my soul. I want the Hayden family and his fiancé to know that I loved Nicky too and I can’t imagine the grief you are feeling now. You should know that Nicky by being Nicky has enriched this old man’s life.