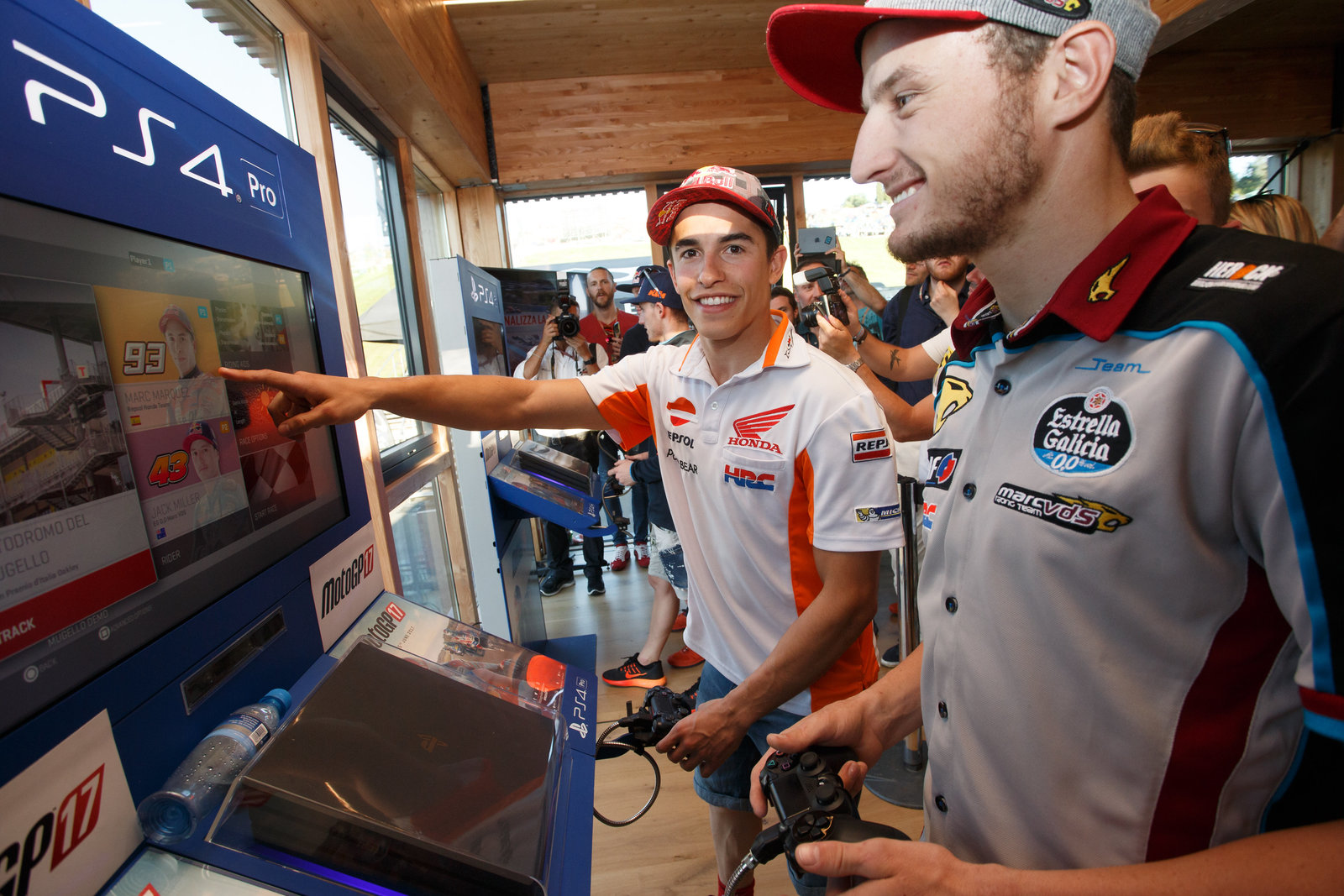 Dorna Sports is excited to announce the imminent arrival of the MotoGP™ 17 video game – giving fans an experience of the world’s fastest motorcycle racing Championship like never before on PS4™, PS4™Pro, Xbox One® and Windows PC/STEAM™. The riders, tracks and bikes from 2017 are all at the tip of your fingers, as well as some incredible additions such as Manager Career mode to take you behind the scenes in the garage as you try your hand at managing a team. In addition, the revolutionary new MotoGP™ eSport Championship begins this year exclusively for PS4™ and PS4™Pro – giving players on those platforms the chance to prove they’re the fastest in the world with the added incentive of some phenomenal prizes.

Developed by racing specialist Milestone, everything in MotoGP™ 17 takes the game to the next level, down to the last detail. Every sound is real and directly recorded, artificial intelligence has been improved and the physics have been polished, meaning opponents are an even bigger challenge and collisions are even more realistic to best replicate the thrills and spills of racing at the highest level. With the 60 frame per second frame rate, MotoGP™ 17 puts you in the leathers and helmets of Champions like never before.

After moving through from the Red Bull MotoGP™ Rookies Cup along the Road to MotoGP™ and glory, fans can now turn Team Manager to create and run a team. Starting in Moto3™, you can control everything from riders and staff to engineers and nutritionists – aiming to attract the best sponsorship and machinery as you head for world domination.

Offline there are single races and time trial modes as well as the full Championship, with the online co-op mode now joined by the revolutionary eSport Championship. The fastest 16 players in this new title fight will qualify through 7 online events to get through to the final, which will take place during the Valencia GP at the end of the season – and is set to be broadcast worldwide. With the chance to win a brand-new BMW M240i as one of a host of impressive prizes, competition is sure to be fierce.

Want to be a World Champion? Now you can be, with the game hitting shelves on June 15th on PS4™, PS4™Pro, Xbox One® and Windows PC/STEAM™.

To receive all the updates on the world of MotoGP™ 17 you can follow the official links: