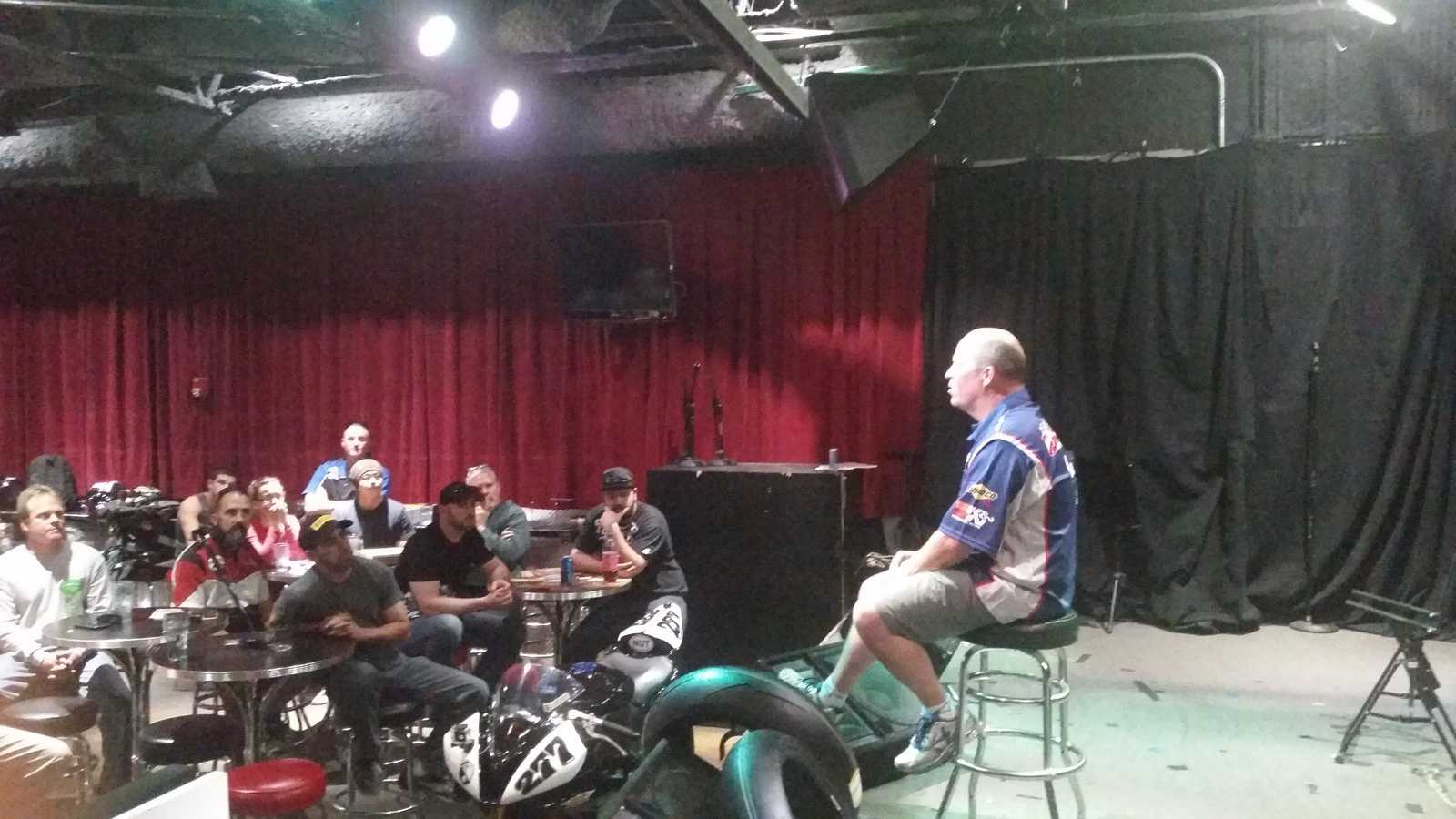 The MRA held its second annual Introduction to Motorcycle Road Racing Clinic on Saturday, March 21st at the Walnut Room in Denver, CO. The purpose of the clinic was to introduce motorcycle enthusiasts to the basic concepts of club level road racing and provide a venue where they can ask questions of officials and experts in a variety of associated disciplines. Headlining the event was Danny Walker, the owner/founder of American Supercamp and the team manager of the Roadrace Factory/Red Bull MotoAmerica team.

The MRA officials briefly covered how to become a road racer with the MRA. They gave the audience overviews on bike preparation, rider education, on-track procedures, turnworking opportunities, and even sign-up procedures. Mike Pettiford & Ricky Orlando talked about the advantages of individual training and provided contact information for their schools. Mike Applehans gave an overview of High Plains Raceway, which is the MRA home track. He also discussed some of the exciting upcoming improvement to HPR. Oscar Solis dove into the differences between street tires and purpose-built race tires. He had sage advice on tire selection, pressure, temperature and a range of other areas including how to select a good tire pressure gauge.

Dave Rose of STM Suspension touched on the topic of spring rate selection versus the multi-sag measurement techniques. He encouraged everyone to not get too hung up loaded sag numbers, but to consult with a knowledgeable suspension person on how the bike performs in various track situations. He made a particular point to “become proficient” at changing springs, rather than fiddling with damping settings.

Nate Butler had a lot to say about rider protection. Nate has been in the custom leather business for many years, and does repairs on all brands of suits. His overall message was, “you get what you pay for”. He suggested that money spent on protective equipment pays off much better in the long run and suffering the consequences of inferior products. He also gave some good tips on getting the longest life out of your suit with good leather care.

Finally, Danny Walker took the stage to discuss what it takes to go road racing on a national level. As a stunningly surprising prop, Danny brought Jake Gange’s 2015 Yamaha R1 racebike fresh off of pre-season testing at COTA! Danny has a huge repertoire of racing information built over decades of involvement which he distilled down to a couple simple messages. Road racing takes focus, commitment, time, and effort to become truly successful. The championship they achieved last year was the result of many small learning experiences accumulated over the past years. He stated that there wasn’t one big jump to the top of the podium, but step-by-step, methodical improvements that ultimately lead to a sustainable championship team.

At the end of the clinic, attendees mingled with the presenters and were able to ask deeper questions and establish personal contacts with people who can accelerate the learning curve that all new racers experience. The MRA is committed to lowering the barrier to become a roadracer through this clinic and the MRA SuperStreet program. For more information, go to http://www.mra-racing.org/