Racer Dane Westby, R.I.P. (Updated Yet Again With Where To Send Condolences)

Racer Dane Westby, R.I.P. (Updated Yet Again With Where To Send Condolences) 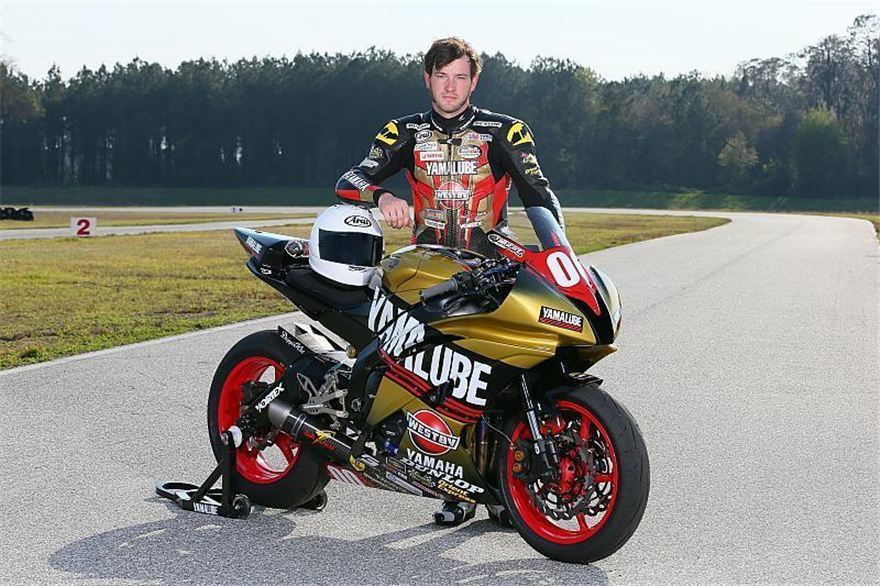 Racer Dane Westby died Monday night after his Honda Hawk streetbike collided with a utility pole in his hometown of Tulsa, Oklahoma. At the time of the crash, he was on his way home after eating dinner with his parents.

Westby turned 28 years old on February 13th. He is survived by his father, former AMA Superbike racer Tryg Westby, his mother Jane and his sister Scarlett. He is also survived by his girlfriend, fellow racer Patricia Fernandez.

Westby finished second in the 2012 AMA Pro Daytona Sportbike Championship and was fourth fastest overall on his Superstock 1000-class Yamalube/Westby Racing Yamaha YZF-R1 during a MotoAmerica test held at Circuit Of The Americas last week.

More information will be posted as it becomes available.

This Just In: Dane Westby’s long-time friend and former mechanic Dustin Meador visited the crash site and believes that skid marks at the scene indicate that Westby was trying to avoid something in his path. “There’s a burger joint across the street there and I think someone was rolling out of there and he was trying to avoid getting hit,” said Meador. “He was in the left-hand tire track of the right lane. The skid marks start out going straight and then veer off toward the curb. He was on the brakes. To me it was pretty obvious that he was trying to avoid something.”

Where To Send Condolences:

Where To Send Flowers:

COSTA MESA, CA, MAR. 24 – MotoAmerica road racer Dane Westby passed away on Monday, March 23, as a result of injuries suffered in a streetbike accident in his hometown of Tulsa, Oklahoma. Westby was 28 years old.

According to sources, Westby was en route to his parents’ home at the time of the crash. Early reports indicate that he struck a utility pole.

Westby, who finished a career-best second in the 2012 AMA Pro Daytona SportBike Championship, made his MotoAmerica Superstock 1000 debut last week at the Dunlop tire test at the Circuit of The Americas in Austin, Texas. Westby was the fastest Superstock 1000 rider at the test as he rode his Yamahalube-backed Westby Racing Yamaha to the fourth best time overall.

“All of us at MotoAmerica are deeply saddened at the news of Dane Westby’s passing,” said MotoAmerica President Wayne Rainey. “I watched him ride at our test last week in Texas and was impressed with his ability. He was a rising star and a rider with great potential. Our thoughts and prayers go out to his family, his team and his friends.”

Westby is survived by his parents, Tryg and Jane Westby, his sister, Scarlett, and his girlfriend, Patricia Fernandez.

More, from a press release issued by AMA Pro Racing:

Statement from AMA Pro Racing on the Loss of Dane Westby

DAYTONA BEACH, Fla. (March 24, 2015) – AMA Pro Racing is deeply saddened about the passing of Dane Westby. Dane was a true champion, on and off the track, and one of the brightest stars in the paddock. He was well deserving of the large, dedicated fanbase he built not only for his riding, but for his charity efforts and personality off the bike. Our deepest sympathies and thoughts are with his family and friends and the entire motorcycle racing community during this difficult time.

AMA Pro Racing is the premier professional motorcycle racing organization in North America, operating a full schedule of events and championships for a variety of motorcycle disciplines. Learn more about AMA Pro Racing at www.amaproracing.com.

Cypress, CA – March 24, 2015 – Yamaha Motor Corporation, U.S.A., is deeply saddened by the tragic passing of Yamalube/Westby Racing rider Dane Westby, who died yesterday in a streetbike accident in his hometown of Tulsa, OK.

Keith McCarty, Motorsports Racing Division Manager for Yamaha Motor Corporation, U.S.A., said, “All of us at Yamaha extend our most heartfelt condolences to Dane Westby’s father Tryg, mother Jane, and sister Scarlett. Dane was one of the most popular and beloved racers in our paddock. He had a whole army of loyal fans, and everyone who met him considered him a friend. He was a very talented motorcycle racer who brought a lot of racing success to the Yamaha and Yamalube brands.”

Trevor Kemp, Yamalube and GYTR Racing Support Manager, as well as a close partner and fervent supporter of Dane and the entire Yamalube/Westby Racing team, commented, “Words can’t even begin to describe the grief I feel. Dane Westby is where our racing team sponsorship program started, and his personality and talents were a huge asset for us. He was just a terrific human being, as well as a gifted rider, and we will miss him greatly.”

Dane was set to compete in the new MotoAmerica Superstock 1000 class aboard the brand-new Yamaha YZF-R1. At a team test last week at the Circuit of The Americas in Austin, TX, Dane and his #00 R1 recorded the fastest overall laptime among all Superstock riders participating in the event, as well as the fourth-fastest overall laptime, including Superbikes. A long-time Yamaha rider, Dane won three races last year aboard his #00 Yamalube/Westby Racing YZF-R6 in AMA Pro Racing Daytona SportBike competition, including a double win at Barber Motorsports Park.