MotoGP: More From Day One Of Off-Season Testing At Valencia

MotoGP: More From Day One Of Off-Season Testing At Valencia

The 2020 season started at Circuit Ricardo Tormo at Valencia with clear and sunny skies and a lack of the chilly wind that plagued the MotoGP race weekend of a few days earlier. New Repsol Honda MotoGP rider Alex Marquez, picked to replace the retiring Jorge Lorenzo turned his first laps on a 2019-spec Honda RC213V, bouncing back from a morning crash to complete 53 laps, his best time 2.710 seconds off the pace and landing him in 23rd position.

Brad Binder’s first laps on a KTM Red Bull factory bike were equally steady, his 1:32.645 earning him 21st spot. Rookie Iker Lecuona was quickest of the new riders in 13th, his 1:31.645 on the Red Bull KTM Tech 3 machine 1.482 second off the top spot and making him second-quickest of the KTM riders.

Cal Crutchlow and Stefan Bradl tested new parts for HRC on Monday, while World Champion Marc Marquez spent most of the day on his 2019 RC213V after crashing early in the session. Unlike most of the bikes in the paddock, Marquez’ machine used a radially vented carbon fiber rear disc. HRC also tested new chassis components, according to LCR Honda’s Lucio Cecchinello, and tested a new main wing/fairing upper on Crutchlow’s Honda.

Yamaha rolled out a new frame for its YZR-M1 and a new upper fairing with a taller, narrower air inlet, and both Maverick Vinales and Valentino Rossi compared them back-to-back with the 2019 configurations. The dual-exhaust system seen mid-season was nowhere in sight for the first day of the 2020 tests. The Petronas Yamaha SRT squad got to raid some of the factory parts bins, with Monster Yamaha-spec wings and a full carbon swingarm in place of the carbon-reinforced aluminum swingarm. Fabio Quartararo said he was not impressed with the carbon-fiber swingarm. Still, Quartararo remounted and set the fastest time of the day, his 1:30.163 a tick slower than his pole time from race weekend.

Ducati continued experimenting with frames, with Danilo Petrucci testing two types of aluminum chassis. The factory also announced a new partnership with Avinta Racing Team Gresini over the weekend, marking an upgrade in the machinery run by the satellite squad for 2020. 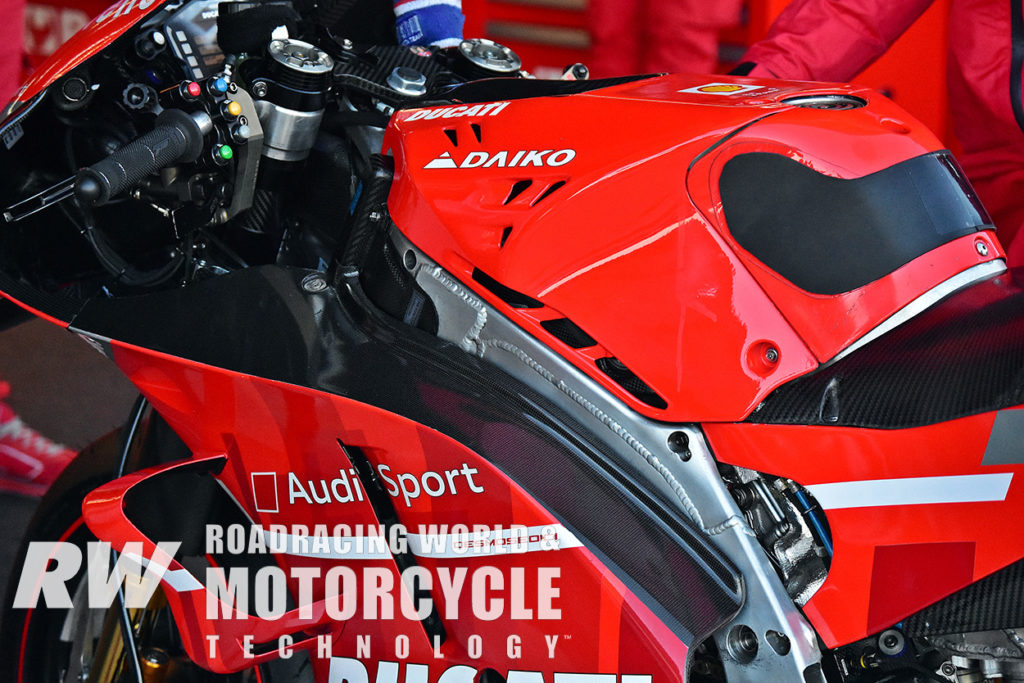 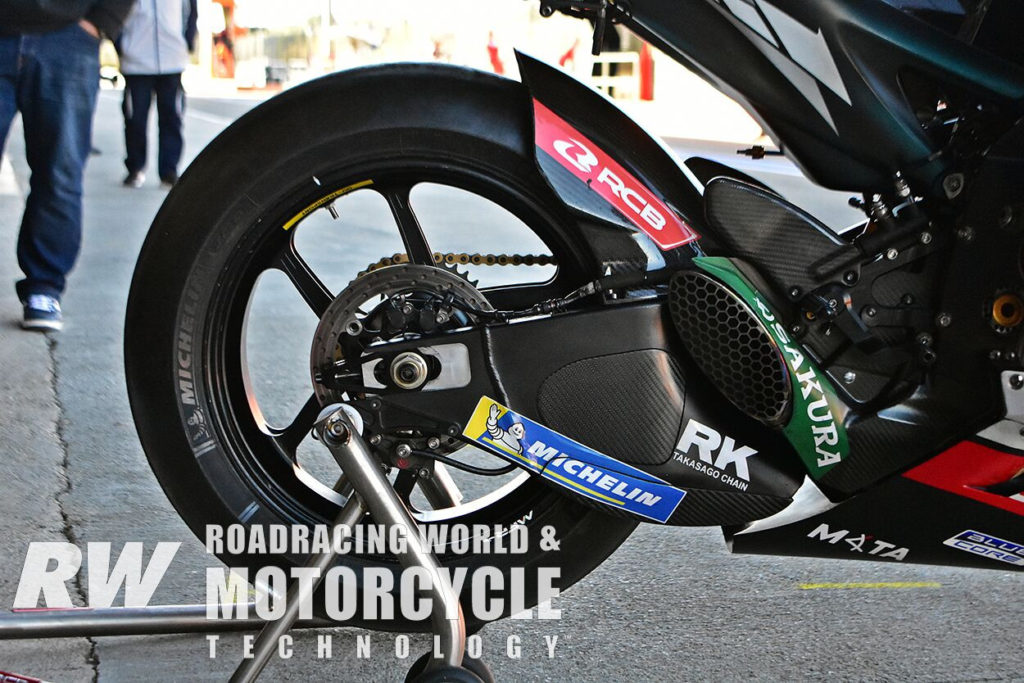