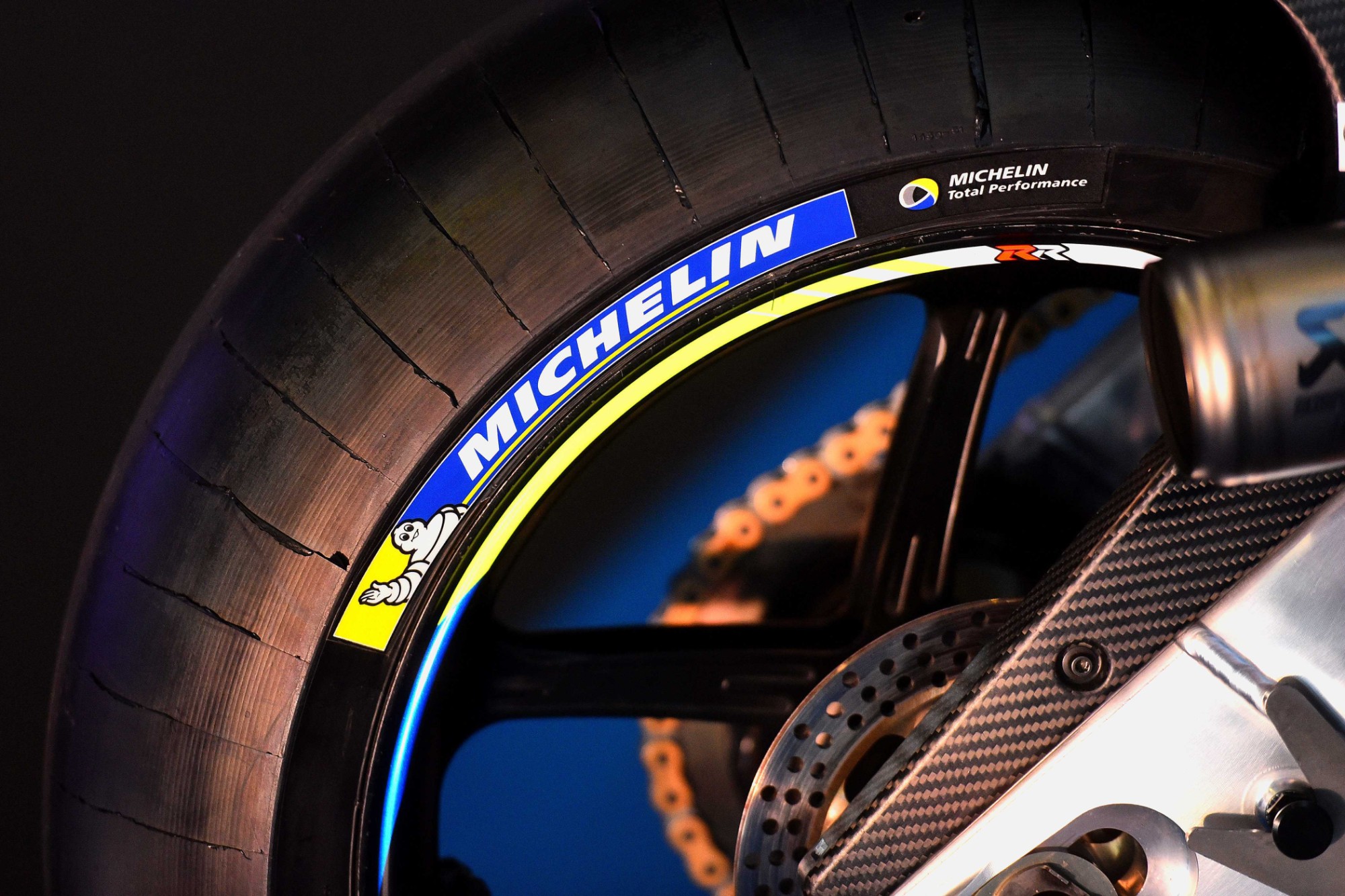 Michelin ready to ring in the changes for 2017

Michelin has completed the three pre-season MotoGP™ tests and now the French tyre company has its sights firmly set on the first race of the year at Losail in Qatar later this month where several rule changes and new technologies will be introduced.

Following Michelin’s 2016 re-introduction into MotoGP after a seven-year absence, the Clermont Ferrand based tyre specialists gathered important data from its first-year back and this has led to a new profile of front MICHELIN Power Slick being developed for the forthcoming season. This tyre was first used as a prototype at the final race of 2016 at Valencia with impressive results, and the information collected from that event enabled the Michelin technicians to work on the tyre through the winter, and at the pre-season tests, to create a version that the riders have been very impressed with. This allied to a rear tyre that gives more traction and allows the riders to get better drive, demonstrates that Michelin is pushing ahead with constant innovations as it strives to continually create the best racing tyres for MotoGP.

These latest tyres will not be the only modifications at the first round, as a rule change will see Michelin supplying three slick tyre specifications for both the front and rear wheels – two was the minimum requirement in 2016. This will give the riders a greater scope of tyre selections and will again hopefully lead to more choices and continue with different riders using different tyres and creating a competition effect within the single tyre rule. Another change will see the intermediate tyres no longer being used. The company’s development of the MICHELIN Power Rain tyres – which has seen the harder compound show good durability in drying conditions – has led to the decision to remove the intermediates from this year’s allocation. A further amendment to the rules will also see the two riders that qualify for QP2, after going through QP1, being given an extra rear soft slick tyre to enable them to use the softest compound in the second qualifying session if they chose to.

One of the biggest changes for 2017 will see the introduction of the ‘Tyre Detection System’. This will operate using wireless technology and will assist in identifying which tyre each rider is using. The system will operate through every wheel having a Tyre Air Pressure Sensor (TAPS) fitted to it with a unique ID. All tyres will then have a unique bar code which will be matched to TAPS via scanning, giving confirmation of which tyre is fitted to which bike. A transmitter in the TAPS emits a signal which is then read by the bike’s transponder and then the unique ID is transmitted to and received by the timing receivers around the circuit, this is then in turn immediately communicated to the organiser. This information will then be supplied directly by Dorna to the TV companies/timing boards for broadcast, so the viewers will know straight away which tyre each rider is using. This will enable up-to-the-minute information to be available and will work alongside the visible identification of the coloured bands on each tyre.

Michelin is excited about the changes as the new season approaches and is in a determined mood to take its MotoGP tyre development on to further heights as it aims to give racers the tyres they need to supply fans with exciting and competitive racing over the 18-race campaign.

“We have had three successful tests and have confirmed the direction we are taking with the tyres for the 2017 season. We introduced the new front profile tyre at Valencia and it worked very well, now after the three tests the riders have given some very favourable and useful feedback so we know we are moving in the right direction for their needs. We also listened to their requests for more traction from the rear – because every rider always wants to go faster and accelerate harder – so we have worked on that and again believe we have supplied what the riders are looking for. As the season progresses we will continue to evolve our tyres as we are constantly striving to give the riders the optimum performance in all conditions at every track, but for now we feel we are in a much stronger position as this season starts than we were this time last year.

“We are also very pleased with the new rule changes and the introduction of the Tyre Detection System. The option for us to bring three front and rear slick tyres opens a greater opportunity to supply tyres that will fit across a broader spectrum and continue with the different choices and possible more bold decisions from the riders and teams as to what tyres to use in certain conditions. We are certainly looking forward to 2017 with an excited air and hoping that the racing with be as thrilling, if not even more so, than 2016!”