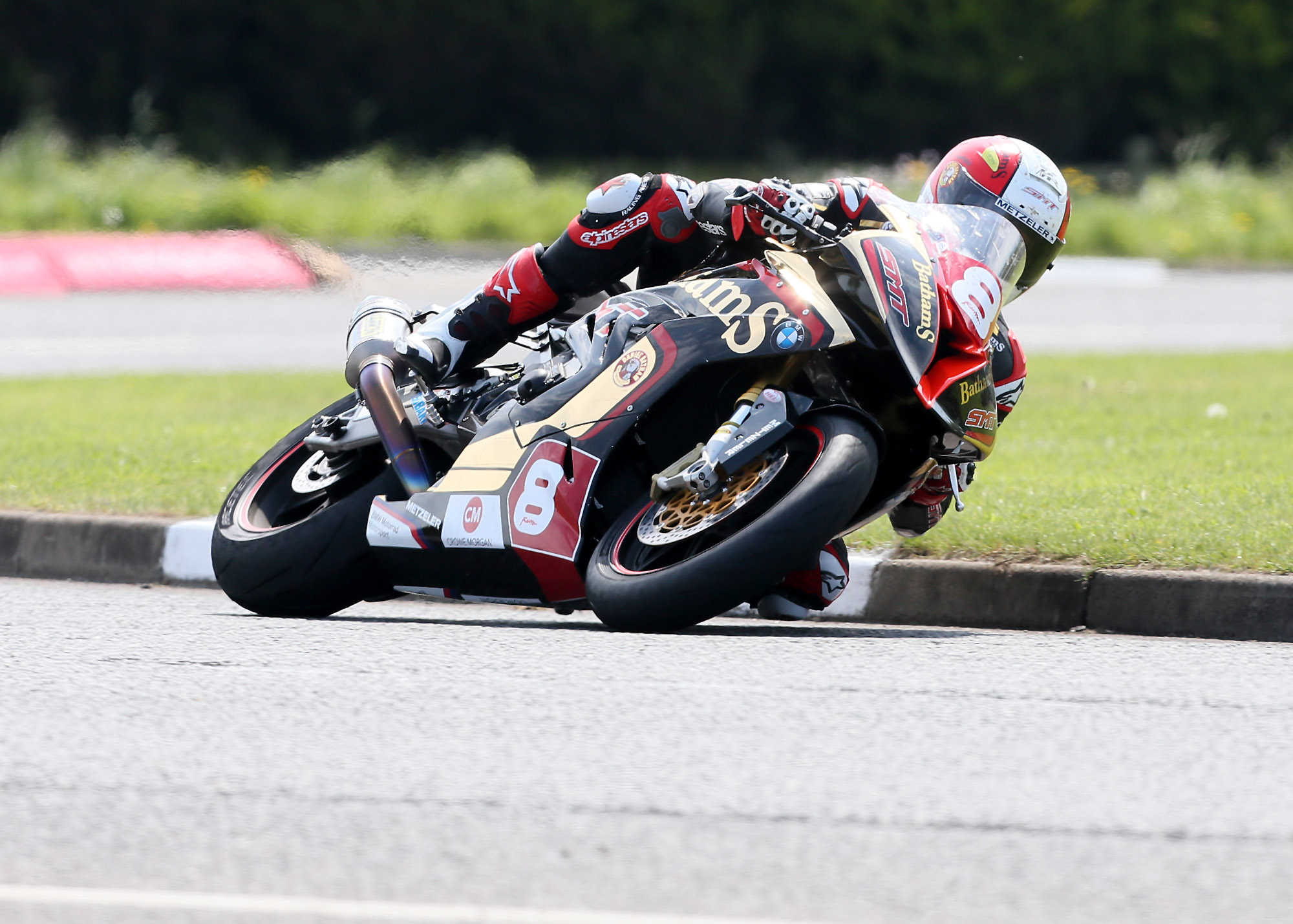 13 times NW200 race winner, Michael Rutter hopes to add to his victory tally at the 2017 Vauxhall backed event in May. The popular Englishman, who first raced at Portrush in 1992, will return on the Bathams/SMT BMWs to compete in the Superbike and Superstock races on May 7-13.

“Hopefully I still have another win or two left in me.” the 44 year old smiled.

“I’d like to think I could still catch Alastair Seeley’s record of 17 wins but it would be very difficult because he is so small and so good!”

The former BSB star dropped down into the Superstock ranks of the British championship last season but he is still undecided as to which series he will race in in 2017.

“We have built a superbike spec BMW and will ride it in the first BSB test at Donington next week.” he explained.

“If we get on OK we will consider doing some BSB rounds.”

The development of the S1000RR augurs well for Rutter’s performances at Portrush in May.

“Last year the superbike hadn’t turned a wheel before we arrived at the North West.” he said.

“We developed the bike all year and it showed how good it was in Macau (where Rutter finished runner up behind Peter Hickman). We have continued to develop it over the winter so it should be a good bike.”

Michael, the son of Seventies road racing star, Tony, who also won 10 North West 200 races, has only missed one year of racing on the famous Triangle circuit since making his 1992 debut on an ex-Phillip McCallen RS250 Honda. He will compete on the machinery of another Northern Irishman in 2017 with Stephen Thompson providing a new R6 Yamaha for both Supersport events at Portrush.

The Crumlin man, who was seriously injured in a crash at the 2015 North West, will also run the Yamahas under the Thompson Plastering banner at the TT for his friend and former rival.

A firm favourite with Northern Ireland race goers, Rutter will be amongst the riders taking part in the special Meet the Stars launch night for the famous north coast races in Coleraine on Wednesday night.