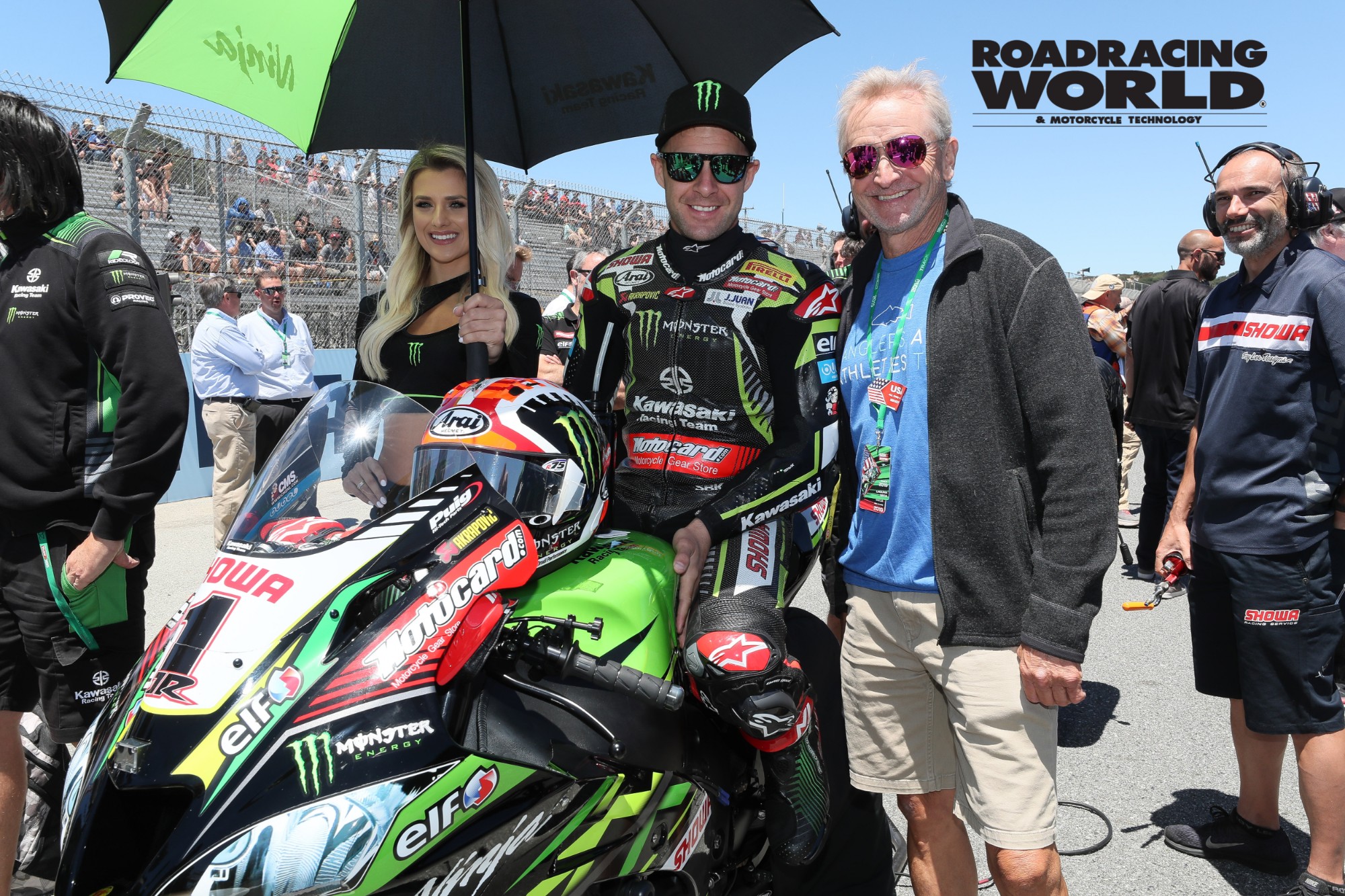 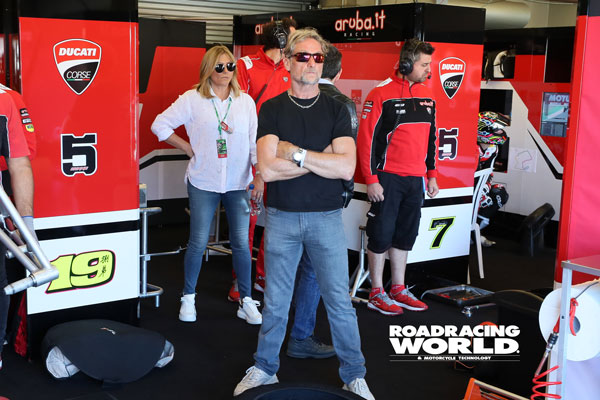 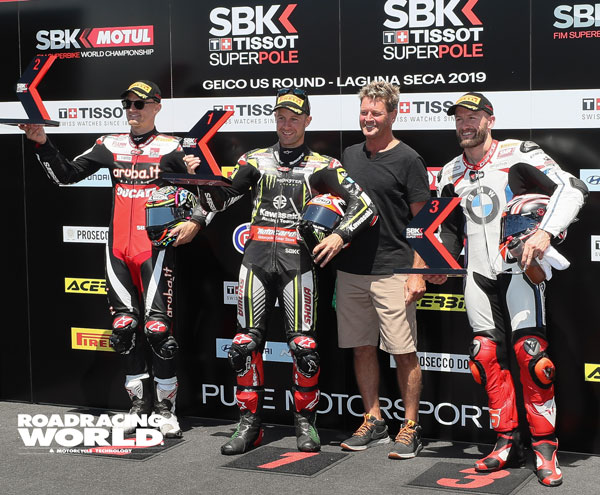 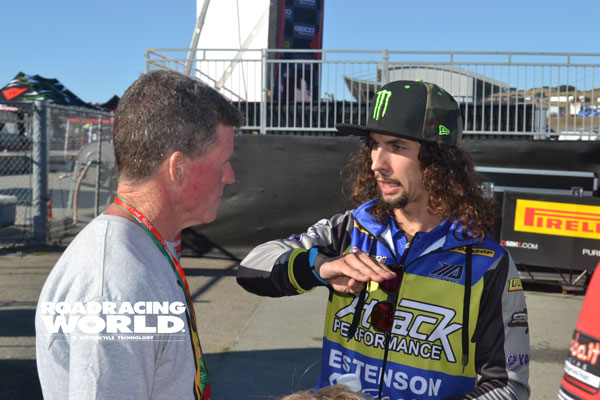 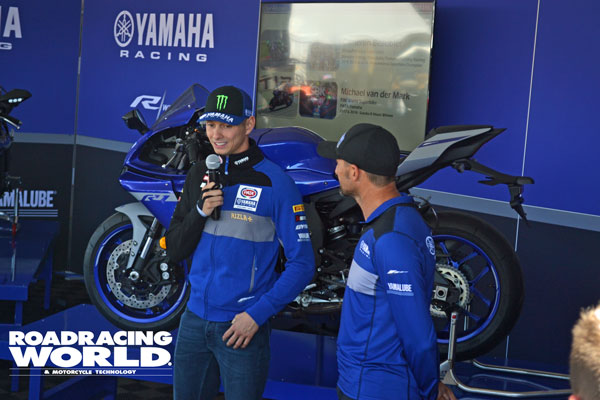 “Wayne has always been my idol,” said Elias, a former Moto2
World Champion. “I have had this idea in my mind since a long time ago. My
friend Lluis Costajr (@StudiMoto) is a painter in Spain. I told him my idea,
and he said, ‘I love it. You have to do it. I will paint it for free.’ So OK.”

Costajr painted one of Elias’s HJC helmets to resemble one
of the iconic helmet designs Rainey used during his career. 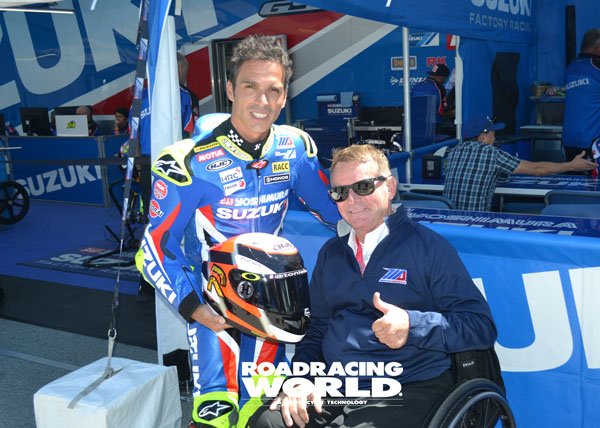 Upon seeing Elias’ new helmet, Rainey pointed out to Elias
that he never lost a race while wearing that helmet design at Laguna Seca. Ever
confident in his ability, Elias wasn’t as concerned about maintaining the paint
job’s record of success as he was about people’s perception of his gesture.

“I don’t want the people to see this as ‘Wayne, Wayne, Wayne,’”
said Elias, gesturing as if he is stroking someone’s back. “No. Wayne was my
idol and always will be my idol. Whether he is our boss [President of
MotoAmerica] or not, Wayne is Wayne.”

And In Other News From The MotoAmerica Paddock…

MotoAmerica
Supersport racer Jaret Nassaney proposed to fiancee Maclay Daniel in the
paddock at WeatherTech Raceway Laguna Seca. Nassaney, of Altus, Oklahoma, races
a Suzuki GSX-R600 for Altus Motorsports, and had been discussing marriage with
Daniel for some time. “I finally just made it happen,” said Nassaney,
21, an aircraft mechanic with the civil service, working on C17 transport jets for the U.S. Air Force. “We were doing a team
picture and I popped the question.” While the couple had discussed the
idea of getting married, the timing of the proposal caught Daniel off-guard. 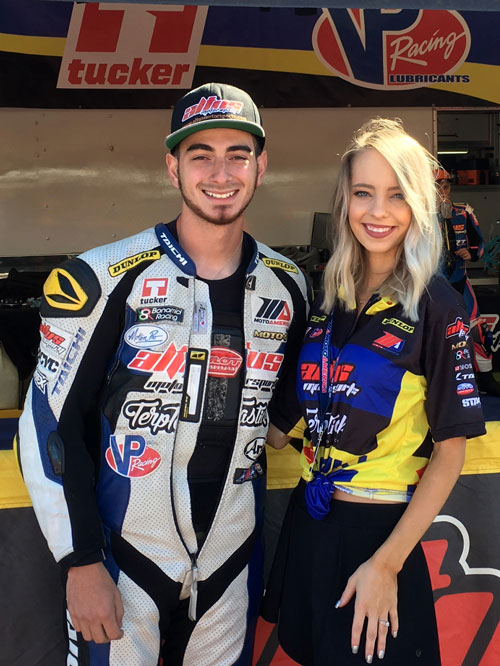