Update: Loris Baz has announced that he will not be racing with Warhorse HSBK Racing Ducati Team in 2022. Scroll down to see Baz’s social media post.

The factory-supported Warhorse HSBK Racing Ducati Team has announced it will return to the MotoAmerica Superbike Championship for 2022 with the latest spec Ducati V4R superbike.

The team also announced that it will compete in the new “Supersport Next Generation” class, which permits the use of the 955cc v-twin Panigale V2.

“The Warhorse HSBK Racing Ducati New York Team thanks Baz for his great work throughout the 2021 season,” says Bobby Shek, Team Principal. “Loris helped us further develop the V4 R for competition here in the US and in a way we helped him get back on the world stage where he belongs.”

As for a 2021 MotoAmerica Superbike season wrap, Baz learned a new track for each round as the team focused on a setup that worked with the Dunlop-spec tires.

Stay tuned for a press release about Warhorse HSBK Racing Ducati Team’s rider plans for the 2022 MotoAmerica season, which begins with the 80th edition of DAYTONA 200 weekend set for March 10-12, 2022. 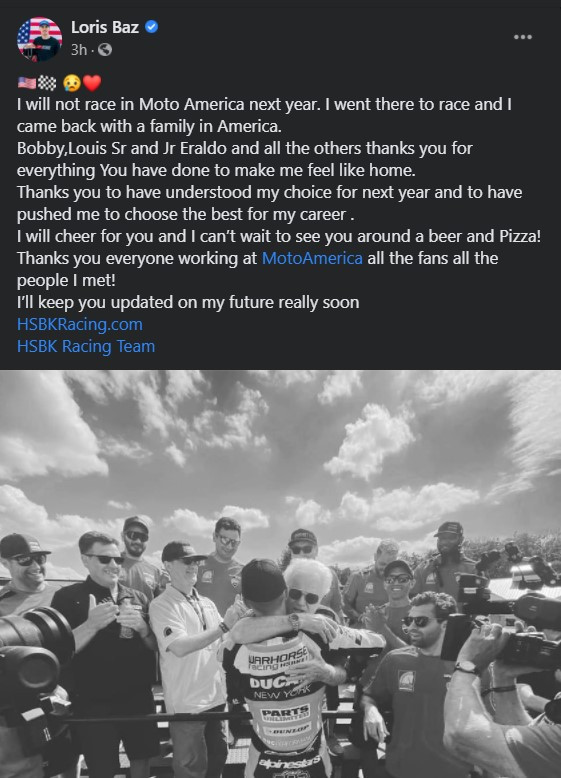