MotoAmerica Superbike: The Final Round Of Press Releases From The Races At COTA

MotoAmerica Superbike: The Final Round Of Press Releases From The Races At COTA 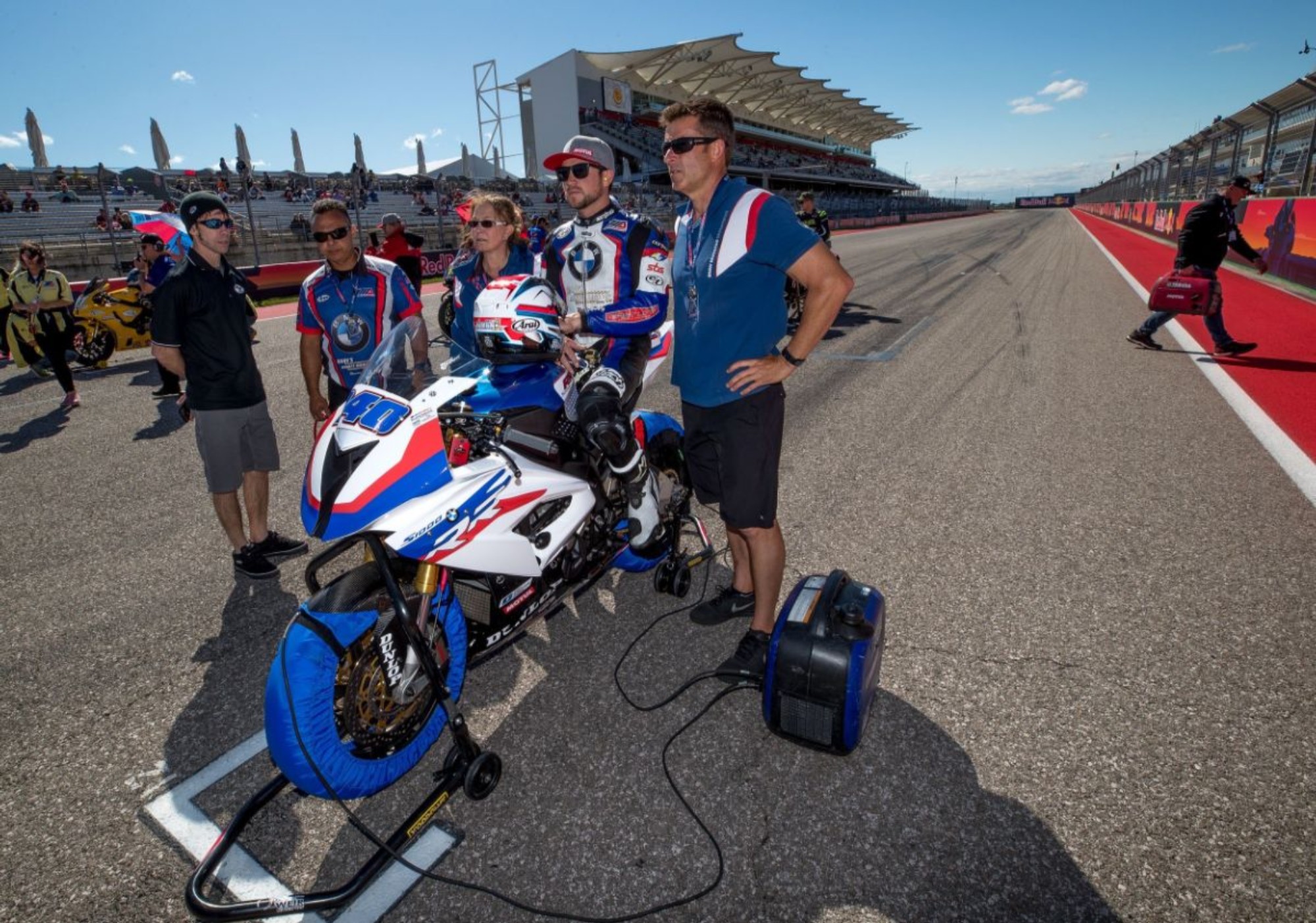 AUSTIN, Texas — It was a successful Superbike debut for Travis Wyman, and he did it at one of the biggest motorcycle road racing events of the year.

The Weir Everywhere Racing BMW rider and Las Vegas resident nabbed a top-10 finish a narrowly missed out on another in his debut in the MotoAmerica series’ headliner class. In front of tens of thousands of fans who gathered at the Circuit of the Americas to watch the stars of FIM MotoGP race on American soil, Wyman showed poise and determination as he pushed the team’s BMW S 1000 RR harder than he ever has.

The team made the most of its time sharing the track with the fastest road racers in the United States. While Wyman collected positive on-track results, the team used the track time to collect data on its BMW package and experiment with new suspension and geometry set ups.

Wyman ended Friday’s qualifying practice sessions in 12th place and was running as high as ninth-place in Saturday’s Race 1, but had to settle for an 11th-place finish. In Sunday’s Race 2, Wyman scored a top 10 finish, crossing the finish line in ninth place. It was Wyman’s first time racing a literbike at Circuit of the Americas, but he relearned the track quickly. His fastest lap time in Sunday’s Race 2 was more than two-tenths of a second faster than his best time during qualifying.

The team returns to Stock 1000 Class competition at the next round of the MotoAmerica series, which takes place May 4-5 at VIRginia International Raceway in Alton, Va. Wyman scored a commanding win at the picturesque facility in 2018 and is aiming for similar results this year.

The team thanks Motul for their support in the 2019 season. Motul is the official oil and lubricant supplier of Weir Everywhere Racing BMW, and its products one of the reasons the team’s BMW S 1000 RR performs at a high level race after race.

“Obviously, I wanted to post even stronger results this weekend, but the team made big strides and I am happy with what we were able to accomplish. It was a dream come true racing in the Superbike Class and to claim a top 10 finish on a stock bike is great. We made some big changes to our set up for Race 2 that really paid off, and overall, we learned a lot more about our BMW S 1000 RR package this weekend. This experience was definitely worth it, and I’m looking forward to being back on our BMW at VIR. That’s one of my favorite tracks on the schedule, and I’m expecting strong results there. I want to give a shout to my team, as my crew chief Steve Weir and mechanic Alex Torres worked really hard this weekend to get us that top 10 result. I also want to thank my mom, as without her continued support our program would not be possible.”

“Our plan heading into the event at Circuit of the Americas, more than anything else, was to grow as a team and we did that. It was a good weekend for us, as Travis went really fast on a Stock 1000-spec motorcycle. We were only a few miles per hour off the pace on the back straight without a draft, so that really says something about the power our BMW machine is putting out. I set a goal for Travis to get down to a 2:12 lap time this weekend, and he accomplished that on Friday! He was a rock star this weekend on the bike, and I think he pushed our BMW package harder this weekend than he ever has before. We used the track time to work on suspension and geometry, and we learned a lot that will benefit us for the remainder of the 2019 season and beyond.”