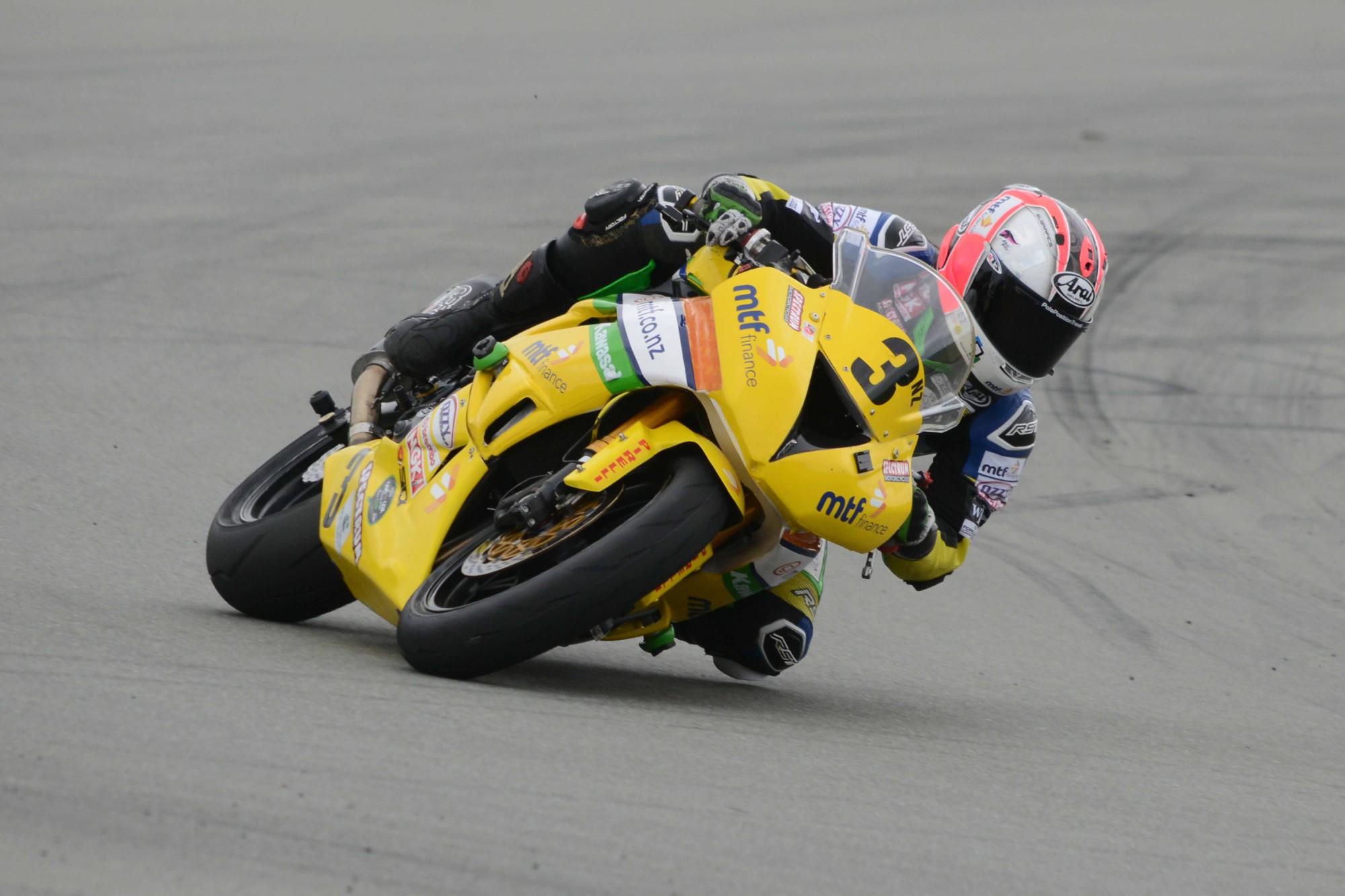 Avalon Biddle rode her motorcycle into the history books on Sunday 9 April as the first woman ever to win the NZSBK Supersport 600 Championship.

The 26-year-old from Rangiora clinched the title in the final round of the 2019 New Zealand Superbike Championship at Bruce McLaren Motorsport Park, Taupo, after an epic season-long battle with her main championship rival, Manukau’s Toby Summers.

Biddle (MTF Finance Kawasaki ZX-6R) took the title with one race to spare, 30 points up on Summers (Carl Cox Motorsport Kawasaki ZX-6R) with a just 25 points still on offer for a win in the final race of the day.

Biddle and Summers battled all season, swapping first and second in almost every race, until Summers crashed out of two of the three races at Manfield last weekend. This gave Biddle a 29-point lead heading into the final round in Taupo. She qualified on pole for the weekend which saw her in a good position to get the job done. In a bizarre twist of fate however, the first two Supersport races (Saturday afternoon and Sunday morning) had to be abandoned after two red flags in each. That left just 25 points on the table, handing Biddle the title.

Biddle has already marked the record books once this season, the first woman ever to win the Supersport 600 New Zealand Tourist Trophy (NZTT), which was contested at the Mike Pero Motofest at Hampton Downs on 3 March. She has number of national and international titles under her belt, including the 2009 New Zealand 125GP Grand Prix, the 2015 New Zealand Superlite Championship and the FIM European Women’s Cup Champion in 2015 and 2016. She rode in the 2017 World Supersport 300 Championship for Benjan Kawasaki.