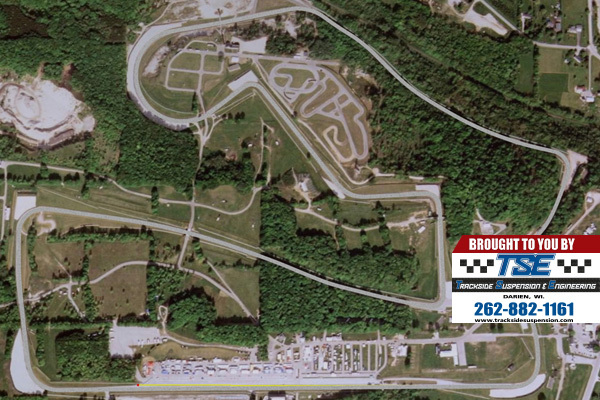 These MotoAmerica results from Road America are brought to you by Trackside Suspension & Engineering (TSE). TSE is a motorcycle suspension shop located in Darien, WI. We are a family owned and operated suspension shop who specializes in setups that can be customized for you and your sport bike. With over 60 years of road racing experience, TSE prides themselves on being a suspension only shop and giving you the quality work and attention to detail that everyone deserves. Also check out our Facebook page for any deals or updates.

More, from a press release issued by KTM North America:

It was a near perfect weekend for Smith as he took a dominant pole position by 0.883 seconds over Blackmon, with fellow Quarterley Racing/On Track Development rider Draik Beauchamp qualifying in third place. Smith then went on to take a comfortable 9.668 second win after battling for much of the race with Blackmon. Second place went to first time podium finisher, Anthony Racing’s Gavin Anthony, with Beauchamp in third, his fourth podium of the season.

Race one would prove to be a frustrating endeavor for Blackmon after jumping the start and receiving a Ride Through Penalty. However, it got worse still for the youngster in race one, after speeding in pit lane during the initial penalty and thus being docked 20 seconds in his overall race time by Race Direction, dropping him from second to ninth at the flag.

“I saw a couple laps from the end that Jackson (Blackmon) had a Ride Through Penalty, and on the pitboard the team put “+9”, so I just tried to manage the gap to those behind,” said Smith of his third win of the year. “It was a lot of fun with Jackson out front, we know each other really well, so it was a good time. The one lap Jackson tried to pull a bit of a gap, I realized I had a big lead and then he went through the penalty, so I just bought it home from there.”

Blackmon had revenge on his mind for race two around the massive 4.048-mile venue but it would be Alex Dumas on the JP43 Junior Team machine that would take the lead going into turn one. The #690 of Dumas tried to stretch a gap over the opening lap but was eventually reeled in by CSVMoto rider Cory Ventura, Smith and Blackmon, those three eventually gapping the field to be over 15 seconds clear of fourth place finisher Beauchamp at the flag.

The race came down to a last lap brawl with Blackmon just edging out Ventura and Smith after putting a gutsy pass at Canada Corner, the top three separated by just 0.316 seconds at the flag. Fourth to seventh was another closely fought battle with Beauchamp heading Dumas, Anthony, and Pure Attitude Racing’s Trevor Standish over the line. The quartet were covered by just 0.6 seconds.

“That was one of the most fun battles I’ve ever had with these guys,” beamed winner Blackmon. “It’s a great experience on the KTM’s for when we step onto bigger bikes—our race craft is getting better and better. I led a good bit of laps, and I wasn’t sure what was going to happen on the last lap but I went for it at Canada Corner and after everything that happened yesterday, I’m just so pumped to get this win.”