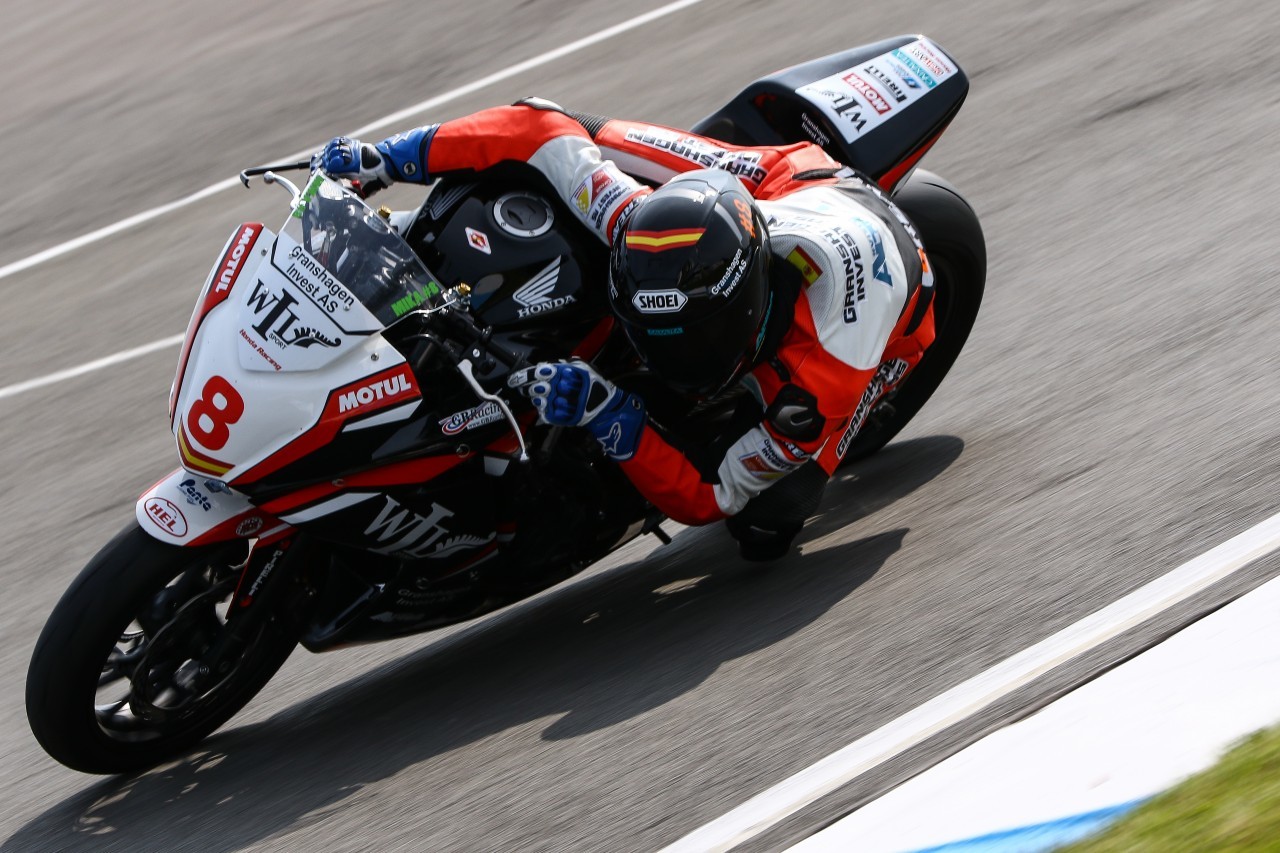 The third race of the 2016 WIL Sport European Junior Cup, powered by Honda, was won by Spain’s Mika Perez (Granshagen Racing Team), who crossed the line at the end of the 11-lap race at Donington Park with a 0.7s margin over his nearest rival, Dorian Laville (Team Laville Mi&Do) from France. Paolo Grassia (Chiodo Moto Racing) completed the podium in third by edging out teammate and fellow Italian Alfonso Coppola and South Africa’s Dorren Louriero (Family Fitness Racing).

Assen race winner Hannes Soomer (Auto24Ring) was en route to a second consecutive victory but ran wide on lap nine; the young Estonian rider made an incredible save and avoided a high-speed crash against the tyre barriers at Coppice, before re-joining and finishing sixth. Harun Cabuk (KNN54-TMF), who came out on top in the opening encounter of the season at MotorLand Aragón, was on the unlucky end of a collision with Perez at McLeans corner and was out of contention on lap four. The young Turkish rider suffered a right-collarbone dislocation and fracture.

I am really happy about this first win in the series. It’s not the first time that I’ve been fighting for the top spot but unlike in qualifying, for some reason I have never managed to put everything together in the race before. We are now in the lead of the series and that’s great news, although you never know what’s going to happen next as the level of the competition is really high this year. I am now looking forward to Misano; hopefully we will be able to put up another good show and go for the top step of the podium again.

It was a spectacular race and a perfect weekend for Mika, who had pole position, fastest lap and the win after a tremendous battle right up to the last corner. He is now leading the standings, but I’m sure in Misano his opponents will give him a hard time. We are now three races into the season and the battle for the title is still open, so I think next round will be crucial before the long summer break.