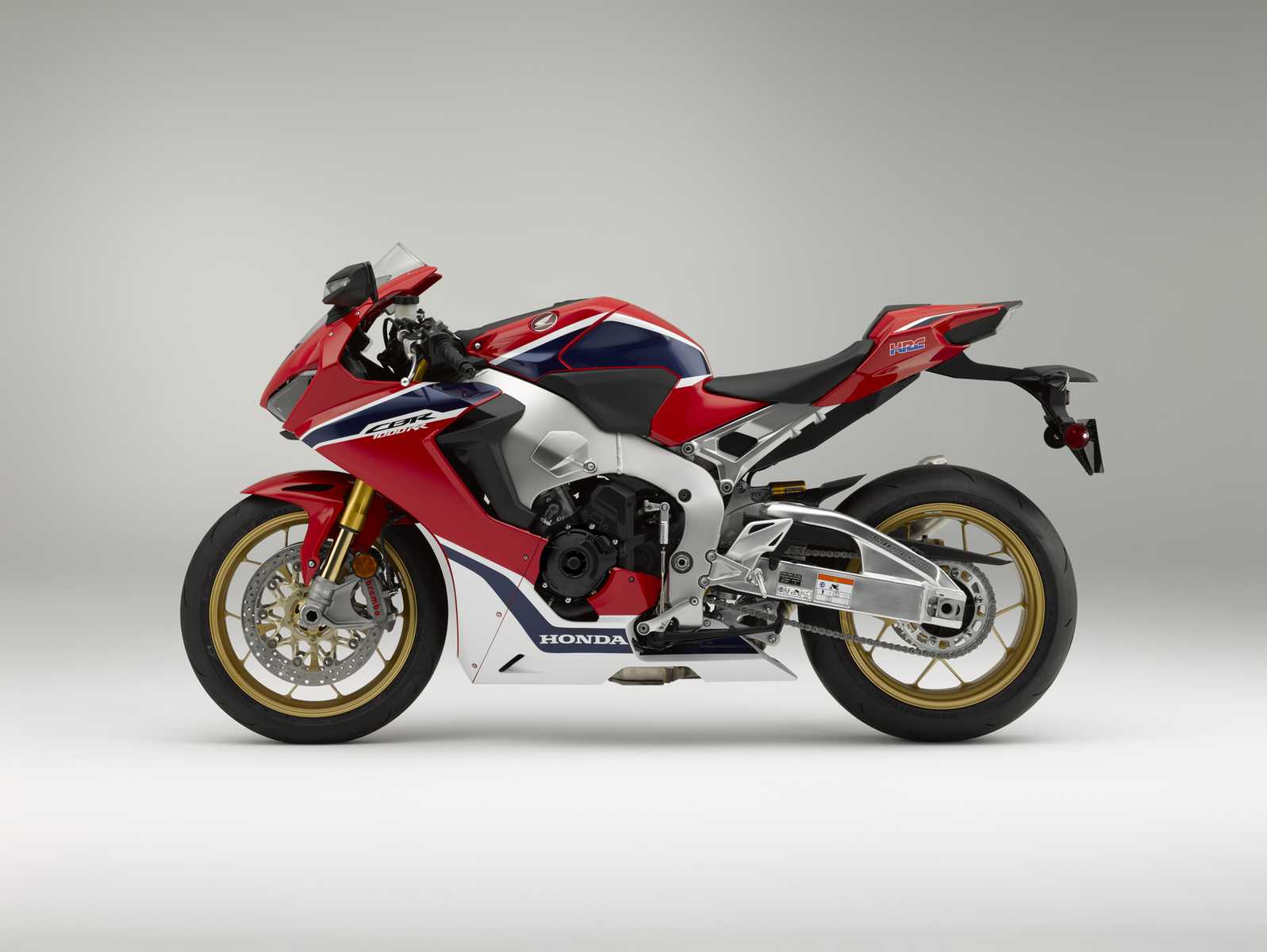 TORRANCE, Calif. (Oct. 4, 2016) – American Honda announced today that the legendary CBR1000RR SP has undergone a major overhaul for the 2017 model year, with a 33 lb. weight reduction and 10 horsepower increase resulting in a 14% improvement in power-to-weight ratio.

First introduced overseas in 1992 (and in the U.S. shortly thereafter), Honda’s largest CBR has continuously reset expectations of what an open-class sport bike should be, with a holistic “Total Control” design approach that focuses on cornering, acceleration and braking. That practice is taken to the next level with the 25th anniversary CBR1000RR SP, which is also fully loaded with a cutting-edge electronics package. The result is a machine that is underpinned by the “Next Stage Total Control” concept, with nimble handling and amazing acceleration.

“Since their debut, CBR liter bikes have been designed to perform in the real world, the way real customers use them,” said Lee Edmunds, Manager of Motorcycle Marketing Communications at American Honda. “We’re pleased to unveil the 2017 CBR1000RR SP, which follows in that same tradition by providing a superbly balanced package with our best power-to-weight ratio ever. It works incredibly well on track and, even more importantly, is both exhilarating and uniquely rewarding to ride out on the open road.”

The CBR1000RR SP has received a vast array of improvements, including some that come straight from the RC213V-S. Electronics play a big role, including semi-active ÖhlinsElectronic Control suspension (S-EC), plus a number of rider aids built around the five-axis Inertial Measurement Unit (IMU). Power and torque have been increased through a higher compression ratio and revised cam timing, while ample use of magnesium (engine covers) and titanium (muffler and—for the first time on a mass-production road bike—fuel tank) have reduced weight and improved mass centralization. The twin-spar aluminum frame’s rigidity balance has been finely adjusted, and the swingarm is stiffer. Brembo monobloc four-piston front brake calipers use high-performance track-ready brake pads, while a narrower radiator and new bodywork achieve a slimmer profile.

In addition to the CBR1000RR SP, Honda is also offering a competition-focused, limited-production CBR1000RR SP2, which comes with larger valves and lighter forged-aluminum Marchesini wheels.

First introduced overseas in 1992 (and in the U.S. shortly thereafter), Honda’s largest CBR has continuously reset expectations of what an open-class sport bike should be, with a holistic “Total Control” design approach that focuses on cornering, acceleration and braking. That practice is taken to the next level with the 25th anniversary CBR1000RR SP, which has a 14% better power-to-weight ratio thanks to a weight reduction of 33 lbs. and 10 horsepower increase. Fully loaded with a cutting-edge electronics package, the CBR1000RR SP is underpinned by the “Next Stage Total Control” concept, with nimble handling and amazing acceleration.

Honda also welcomes back a number of popular models for the 2017 model year, some with new graphics and colors:

Back for 2017 in a spectral new Matte Black Metallic color, the Shadow Phantom lives up to its name, making a powerful statement without resorting to a lot of bling. The V-twin engine has a throaty exhaust sound, and the seating position is equally comfortable for cruising or longer outings.

With sculpted bodywork that wouldn’t be out of place in a science-fiction movie, the innovative, limited-edition NM4 attracts attention wherever it goes, but it’s also got a practical side, thanks to its automatic Dual Clutch Transmission (DCT) and integrated saddlebags.

The versatile XR650L really can do it all, including wide-open highways, rugged off-road trails and everything in between. With a bulletproof 644cc four-stroke engine, electric start and long-travel suspension, this proven dual-sport bike is good for the casual rider on-road or for more aggressive off-road adventures.

More, from a press release issued by Honda Racing:

Cologne, 4 October 2016 – The Intermot motorcycle show today hosted a special event for Honda and the motorcycling world: the unveiling of the new 2017 Honda CBR1000RR Fireblade SP and SP2 models.

After trying it out for himself at Valencia’s Circuito Ricardo Tormo last month, Honda WorldSBK Team’s Nicky Hayden – joined by Freddy Foray of the Honda Endurance Racing team – took to the stage to reveal the latest chapter in Honda’s epic 25-year-old Fireblade history.

The development of the 2017 Fireblade has remained true to the ground-breaking spirit of the original 1992 machine, with a relentless focus on power to weight ratio. A 15kg weight reduction and 8kW top end power boost combine to give a 14% improvement in power to weight, making the 2017 Fireblade the sharpest in its 25 year history. A new electronics package includes semi-active Öhlins Electronic Control suspension, Honda Selectable Torque Control, Selectable Engine Brake and Power settings, Quickshifter, and Downshift Assist.

A video of today’s launch is now available for viewing by clicking on the link below: