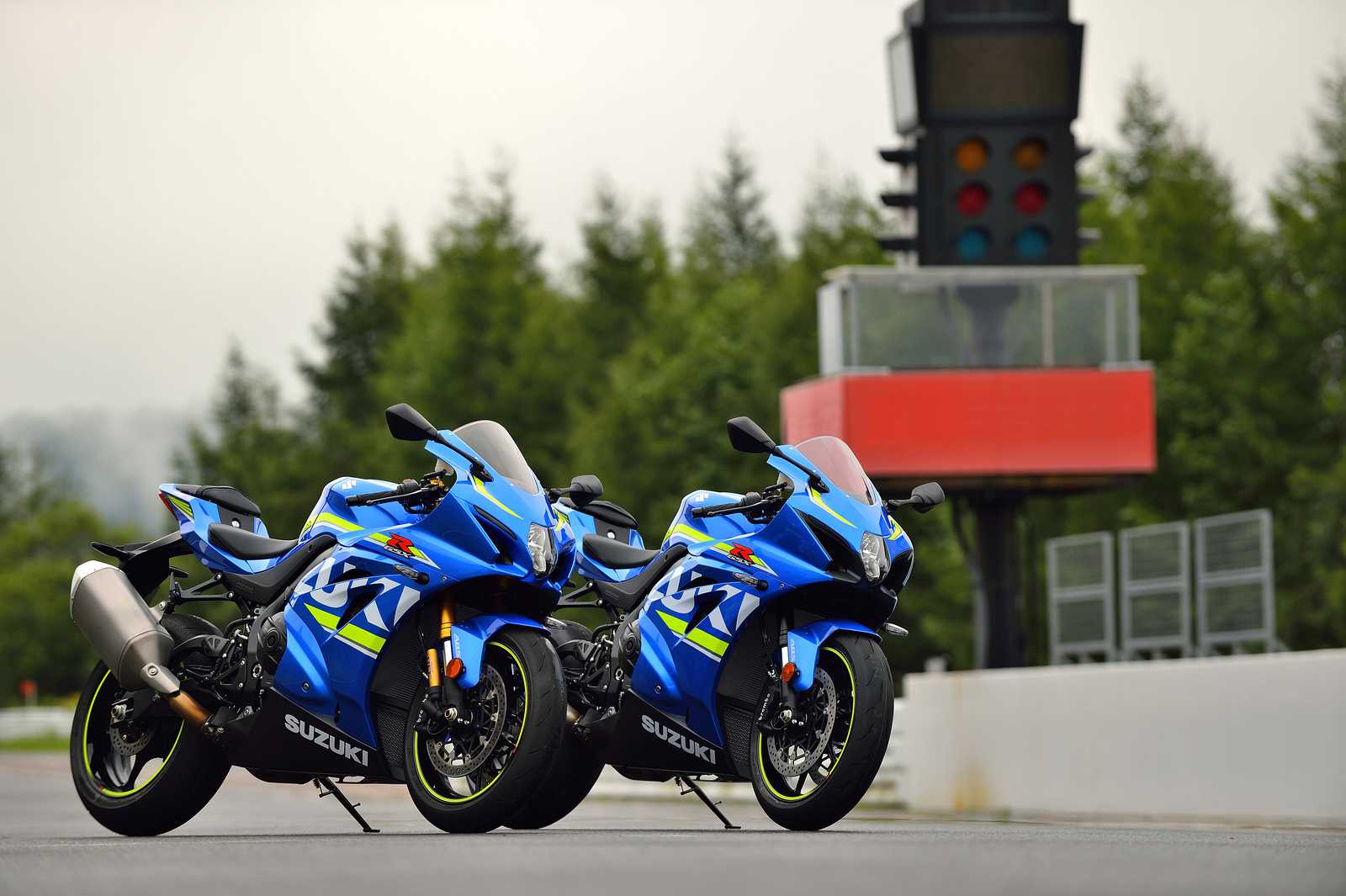 Suzuki introduced the new GSX-R1000 and GSX-R1000R during the Intermot show in Cologne, Germany today, stating that the new models will re-establish the GSX-R as The King Of Sportbikes.

Suzuki claims a new 999.8cc engine with a bore and stroke of 76mm x 55.1mm makes 199.27 horsepower at 13,000 rpm and 86.74 lbs.-ft. of torque at 10,800 rpm in European trim, using a new variable valve timing system developed in MotoGP to increase top-end power without sacrificing mid-range and low-end performance. The 31.5mm intake and 24.0mm titanium valves are opened with F1-style finger followers instead of bucket tappets and the compression ratio is 13.2:1.

The engine redlines at 14,500 rpm, features a screamer crankshaft with an even (180-degree) firing order and makes the new model the most powerful, hardest-accelerating GSX-R ever built, according to the company.

Ride by wire throttle bodies, additional shower-style fuel injectors located in the top of the airbox and an exhaust system featuring butterfly valves in balance tubes between the inner and outer pairs of head pipes also contributes to the broad spread of power. An advanced IMU-based electronics system is used.

More, from a press release issued by Suzuki Motor of America:

Brea, Calif, (October 4, 2016) – The GSX-R line is the heart and soul of Suzuki. For 2017, the heartbeat is quicker and stronger, pumped up by the all-new 2017 GSX-R1000. With significant influence from Suzuki’s MotoGP racing program, the new GSX-R1000 is ready to set a higher performance level for racers and for street riders. A new engine, new chassis and a spectrum of advanced electronics features make this GSX-R1000 the king of sportbikes.

The Suzuki sportbike family includes another trio of top performers. The GSX-R750 – the original racer-replica sportbike – returns with a reputation for delivering an ideal combination of power and lightweight handling performance. The GSX-R600 continues to prove itself on the street and on the racetrack as a middleweight sportbike leader. With an attitude and character like no other sportbike, the Suzuki Hayabusa returns to deliver unmatched power and endless rider satisfaction.

The 2017 Suzuki Hayabusa delivers awesome acceleration and crisp throttle response and untouchable performance at any speed. Add in original styling and advanced aerodynamics, and the ‘Busa is known everywhere as the Ultimate Sportbike

The Hayabusa’s twin-spar aluminum-alloy frame is built with castings and extrusions to produce a balance of lightweight and strength. KYB inverted cartridge forks feature Diamond-Like Carbon (DLC) coating on the 43mm stanchion tubes to reduce friction and improve reaction to small road surface irregularities. The front forks and the single rear shock absorber both have fully adjustable spring preload, compression and rebound damping.