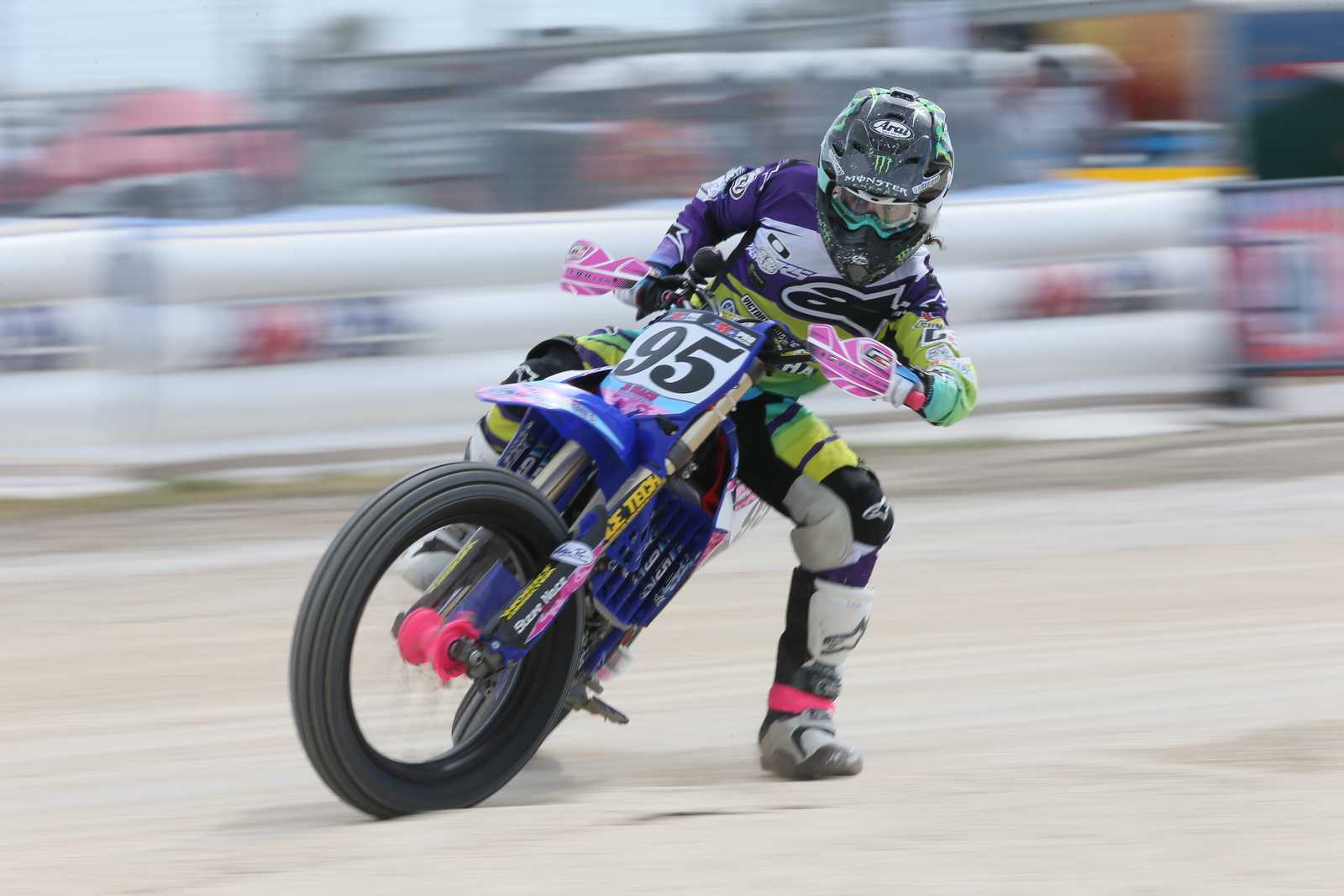 This is a bit long but please take the time to read and share.

While many believe it’s been a rough week in the world of AMA Pro Dirt Track–it’s been a tough season. Protests, appeals, and unacceptable track conditions have plagued the series and I believe that AMA Pro Racing needs to take a step back and look at the big picture, the program they run, and the people they have running it.

Because of my road racing obligations I was only able to compete at two Dirt Track Nationals this year. During those two races I felt as though I was treated poorly, or at least below the standards that I have seen in other forms of professional racing. I’ve been fortunate to attend about five or six events this year, as well as having several friends who have competed in both classes during the entire season. They have made the same complaints to me about how poorly the athletes are treated as well.

When I attended Peoria this year, it was the hardest thing ever to not ride. I love that track and the history behind it. After practice and very little track work being done I told my family someone was seriously going to get hurt that day. There ended up being many crashes including the one that lead to Dominic Colindres being seriously injured. In the GNC1 main, Brad Baker, one of the best in the business, and one of the most gnarly (I know because I grew up racing with him since we were both on 50s) crashed in the right-hander five laps into the main. Racers had complained about this turn all day long but it took a nasty crash for AMA Pro to prep the track. Five laps into the Grand National main event!

This has never before been the case at Peoria. I don’t know what changed. Yes, the area received large amounts of rain leading up to the race, and having a track of my own at my home, I understand the major role that weather plays in forming a great racing surface. However, this is the longest-running National race on our schedule and I have full confidence that the Peoria Motorcycle Club knows how to work with the track in those sort of conditions. Was the program hurried along? Were short cuts taken? That isn’t for me to answer, but someone should.

After the day was over I was glad that I wasn’t able to ride because of my commitments to road racing. As a racer I wouldn’t have pulled out of the event due to the poor conditions. As racers we are there to race, and if the next guy isn’t stopping, we aren’t going to, either. That’s why we have officials at the races. We should be able to trust them with our safety and know they will make the best call for us.

MotoAmerica has been built up of racers and people who love the sport but who also know the risks the racers are taking. We don’t have as many races as we have had in the past but they make sure we go to the best possible tracks in the U.S. and that we can race on in all conditions. Last year at their first race with national TV coverage, it was a downpour before my race. The track was not safe enough for us but instead of rushing us out for “the show,” they held off until it was safe enough for us.

I wasn’t in Santa Rosa so my only knowledge of the racetrack and of the events of what happened is from what I’ve read and have gotten from some of my best friends and Team95 teammates. The whole day, the track was horrible. The riders got cut short on track time because AMA Pro couldn’t get everyone parked in time. This isn’t the best way to run things. We all know it. AMA Pro Racing has GOT to know it. In the last two out of three Nationals two serious crashes could have possibly been avoided with better track prep. Since when is timing so important to AMA Pro Racing? They aren’t on live TV, they weren’t bumping up against impending darkness (Santa Rosa has no lighting) So why? Why was the track not prepped? Why were the water trucks not running? We deserve answers.

On Sunday I couldn’t be at the races but I always watch live timing as much as possible during practice and then switch to fanschoice.tv for the races. I was out on a bicycle ride when the races started but I always have my phone close in case someone has questions about bike set-up or just needs help. Normally I’ll just answer while I’m riding and try and help the best I can. This time one of my best friends (who was racing) called but for some reason I felt the need to stop to answer it. It was one of the most heart-wrenching calls ever. Hearing him tell me about Charlotte then telling me about how bad the track is. Telling me he’s just going to put it out of his head because that’s what he feels professionals do and he wants to race. What do I tell somebody who is relaying that information to me? Don’t go chase your dreams? We all understand the dangers that comes along with racing. As many know, I continue to run the number 95 in honor of my fallen friend and brother Ethan Gillim. We know the risks, but there are also precautions to be taken by our sanctioning body that can reduce and manage that risk.

I realize this is a very emotionally-charged letter, but with tragedies that have befallen our sport this season, it’s time that AMA Pro Racing rethinks who they have in place making these difficult decisions. I know it has to be a tough job but everything can always be done better. I put my life on the line every time I get on a bike. I’m OK with that, I know I’m taking a risk. But it’s a lot harder to watch family and friends take that same risk knowing the track and conditions could be better. The sanctioning body can coast through the off-season, change their name to American Flat Track and completely change the class structure and racing format, but the tracks will still be an issue.

My thoughts and prayers are with both the Kainz and McGrane families as well as everyone who has been affected by their passing. Both are brilliant and talented lives that we lost much too soon. It shouldn’t take a tragedy to make positive changes but in this case, for the memory of the fallen and the future of this great American racing series, it’s time to ALWAYS put safety first.