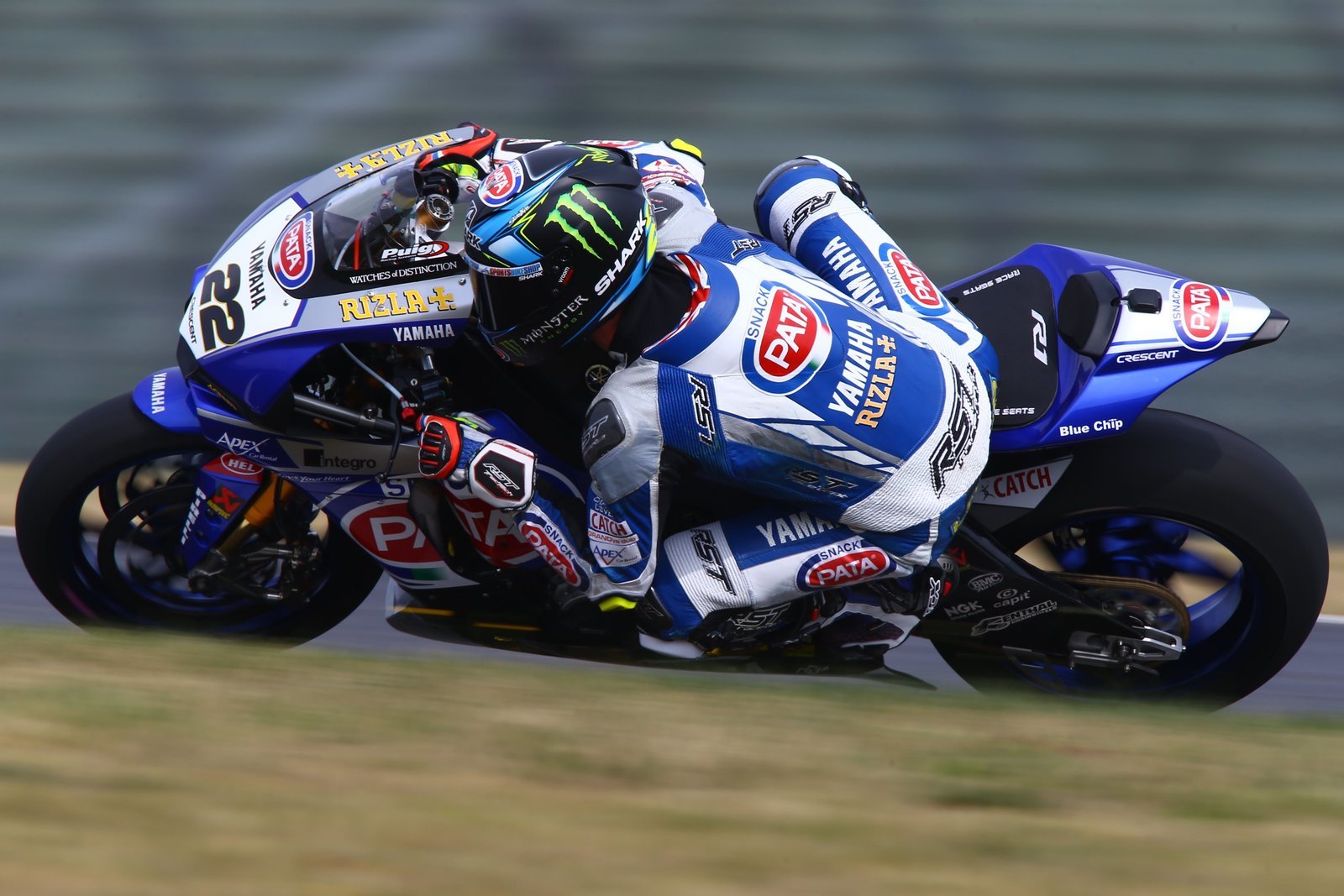 Pata Yamaha Official WorldSBK rider Sylvain Guintoli is eagerly awaiting this weekend’s return to one of his favourite tracks on the 2016 MOTUL FIM Superbike World Championship Calendar as round 11 heads to his home race in France and the Circuit de Nevers Magny-Cours. Guintoli and teammate Alex Lowes both enjoy the passionate atmosphere of the Fassi French Round and are looking forward to strong showings on their YZF-R1s in the two races, come rain or shine.

Magny-Cours marks the end of a busy five weeks for Lowes, having participated in five consecutive race events across WorldSBK and MotoGP, the latter as he substituted for the injured Bradley Smith on the Monster Yamaha Tech 3 YZR-M1. The young Briton was unfortunately unable to compete in last weekend’s Gran Premio Movistar de Aragón race having himself sustained an injury to his left foot during Saturday’s FP3. Lowes has since returned to the UK to undergo intensive physiotherapy and is determined to be fit for the two 21-lap contests at the Nevers circuit.

Guintoli’s stellar showing at the EuroSpeedway Lausitz last-time-out proved the Frenchman is well and truly recovered from his early season injury and is looking forward to continuing the trend as he hunts for glory. Returning to his home round, after a mid-season private outing to assess his fitness and test his speed with his Yamaha Superbike, Guintoli is determined to put on a good show for his local support and is no stranger to the limelight here, having secured seven podiums including two victories throughout his WorldSBK career so far.

Circuit de Nevers Magny-Cours sits in the heart of central France, 250kms south of Paris and 230kms north-west of Lyon. 2016 witnesses the 4,411m track’s 25th anniversary as host to WorldSBK competition and the action looks set to be as exciting as ever around the 17-corner layout. One of the busier races on the calendar, the technical layout houses nine right and eight left-hand turns creating a challenging prospect for riders and teams and a thrilling spectacle for the attending audience. Add to that the ever changing weather and the weekend takes on an electrifying element of the unknown keeping the French WorldSBK races as a firm favourite for both fans and riders alike.

Practice commences for the Pata Yamaha Official WorldSBK Team at 10:15 local time on Friday 30th September, with Saturday’s two Superpole sessions scheduled for 10:30 and 10:55 respectively. The opening race action gets underway at 13:00 on October 1st, with race 2 timings mirrored on Sunday 2nd.

“Apart from the fact that I have never had a dry race here, Magny-Cours is a track that I really like. I always feel like you can go faster there but actually trying to do it is very difficult as it isn’t an easy circuit at all and can be hard to find a good bike set up. The two big chicanes in the middle of the lap are the most difficult, as setting the bike to be agile and easy to manoeuvre makes it unstable in the fast first sector of the track, but it certainly suits a hard working team getting the most out of the weekend and a good set up for Sunday!

“My final race in MotoGP didn’t end the way I would have liked but my physio has gone well for the past couple of days, I’m feeling ok and will be doing my best for a strong weekend on the YZF-R1.”

“Magny-Cours is my home race and one I always look forward to! I’ve had a lot of podiums there so I’m always very excited to go back and race in front of the French public. The support over the years has been fantastic and always motivates me. The weather can be temperamental at this time of year but I love the track, wet or dry. I had a strong return to WorldSBK at Lausitz, despite the conditions, and will continue to push in front of the home support this weekend.”