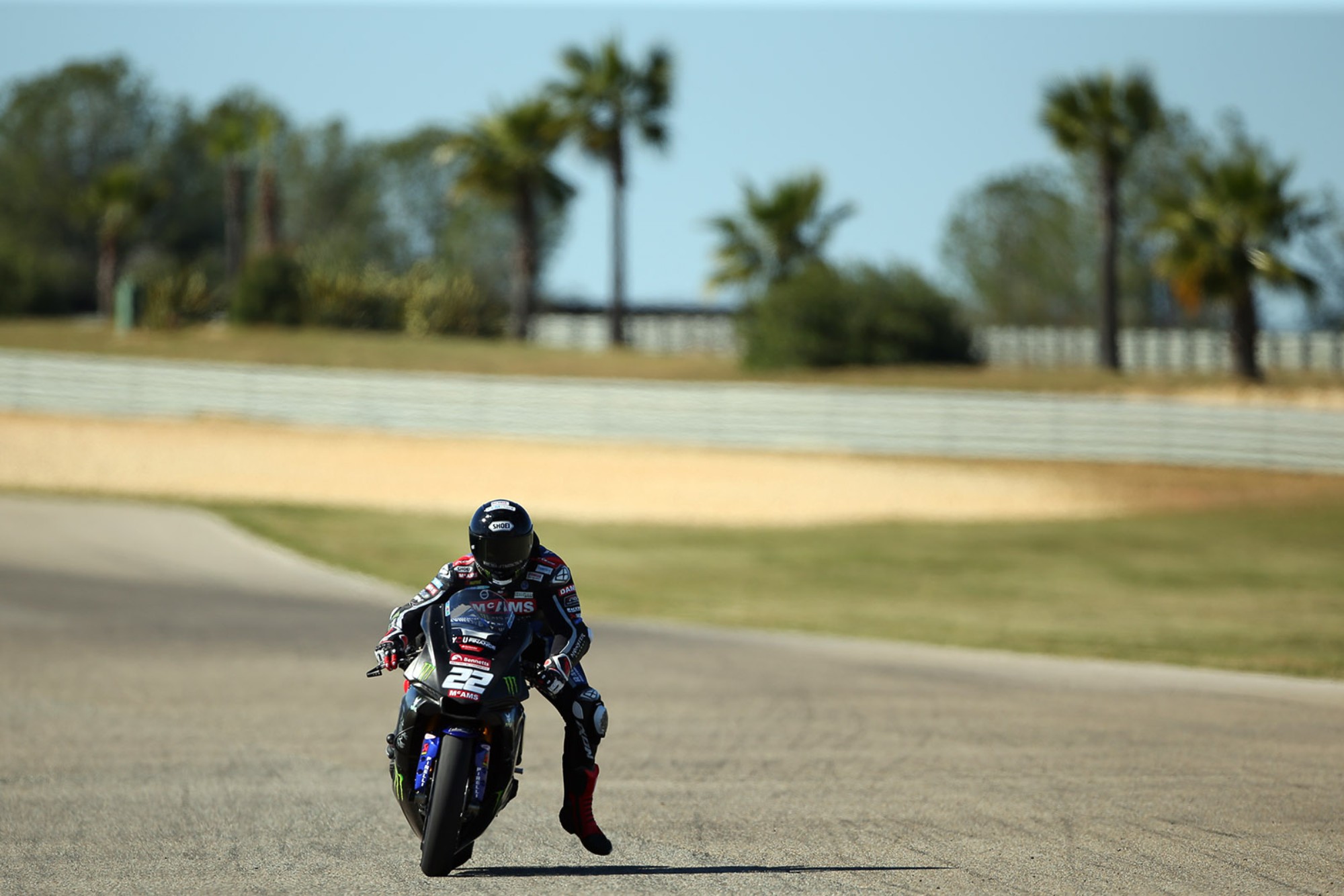 O’Halloran claims the advantage on day two at Monteblanco

Australian Jason O’Halloran topped the second day of testing at Monteblanco ahead of tomorrow’s final day of the Bennetts British Superbike Championship official test at the Spanish circuit, improving his pace to hold off a late attack at the top from Glenn Irwin and Scott Redding.

Glenn Irwin had led the early stages of day two from Xavi Forés, but Tarran Mackenzie was soon moving up the order. The McAMS Yamaha rider launched to the top of the timesheets shortly before lunch but a high-side ended his day early as he sat out the afternoon session ready to re-join the action tomorrow.

In the final 20 minutes before the lunch break though O’Halloran was on the move and his run of laps put him ahead of Redding.

After lunch the Spanish sunshine meant several riders opted to wait until the track conditions had cooled, with O’Halloran upping the pace again in the closing stages to claim the top spot, despite a last lap run from Glenn Irwin who fired the Quattro Plant JG Speedfit Kawasaki into second, nudging Redding into third.

O’Halloran said: “Today was a really good day, it feels like every time we head out on the bike we find an improvement. This morning we worked a little more on refining the new forks we tried yesterday afternoon and then after lunch we went out with the new swingarm and links.

“It takes a bit of time to fine tune things, but every time we went out we went quicker. I did a couple of 1’36s today, four or five of them and feel really comfortable on the bike. We’ll keep working tomorrow, when we’ve got a frame to test which is probably the biggest thing we’ll test over this period so we need to see whether that’s a step forward.”

Mackenzie held on to fourth place despite sitting out the afternoon, narrowly ahead of Forés and Luke Mossey who had held a position inside the top five during the morning session for OMG Racing Suzuki.

Josh Brookes climbed to seventh on his final run of the day on the second of the Be Wiser Ducatis ahead of Claudio Corti for Team WD-40 Kawasaki. Andrew Irwin, who had also been inside the top five earlier in the day held ninth for Honda Racing with Buildbase Suzuki’s Bradley Ray completing the top ten.