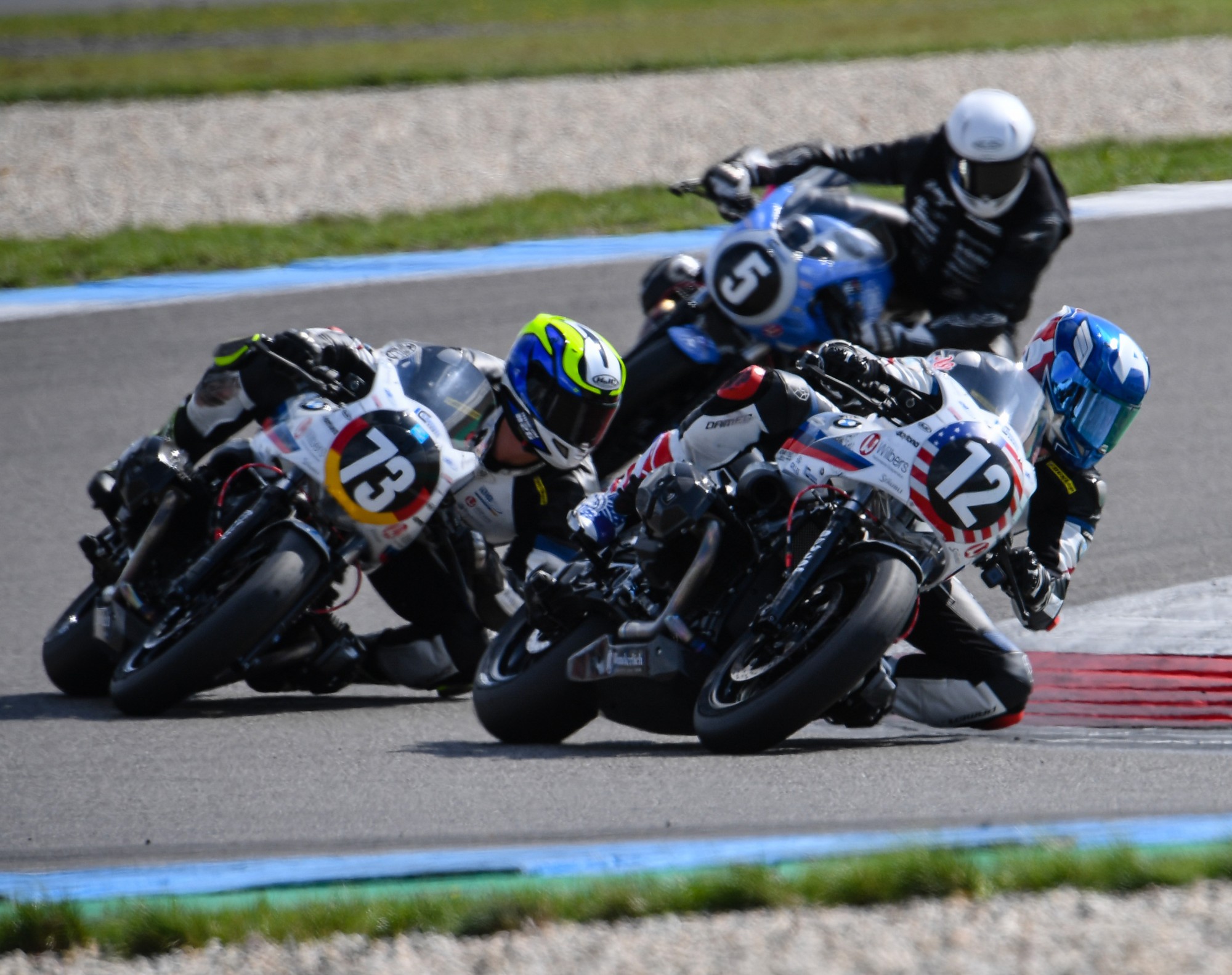 Another successful weekend for the Wunderlich MOTORSPORT team at the BMW Motorrad BoxerCup promoted by Wilbers at the Internationale Deutsche Motorradmeisterschaft (IDM): Christof “Fifty” Höfer #73 took the sole race win on Sunday, starting from pole position. Team mate Nate “N8!” Kern #12 (USA) got second. With these results it is clear: The BoxerCup Champion 2019 will be one of the Wunderlich MOTORSPORT riders!

Assen always is a big gamble in regard of the weather conditions and there was no difference in this year’s fifth round of the BoxerCup season as Friday and Saturday the TT Cicuit Assen was haunted by showers.

It came on hard for the BoxerCup riders on Saturday: A rain shower mixed by an oil spill lead to the decision to declare the first race off. The R nineT racers got the offer to have another go on Sunday, but teams and riders agreed on a single race format for this weekend. It was a similar scenario like at Zolder earlier in the year.

It was another hard fought race between the Wunderlich MOTORSPORT team mates Christof Höfer and Nate Kern, especially in the first third both of them swapped positions for the lead in almost every corner. Mid-race Kern got the arm pump syndrome in his right hand and had to let Höfer go.

Höfer took his sixth win of the season, seventh podium, out of the first eight races of the year. There is just one round left with the finals at Hockenheim and Höfer leads the Cup with 181 points, with Kern second 31 points adrift. 50 points are up for grab at the Hockenheimring.

“The Assen weekend was a quite nail biting event for me as I am not a big fan of rain as everyone knows and it was the scenario we found: changing conditions and a change of wet and dry asphalt. I took the chance to get to know the Assen track in wet conditions a bit on Friday but I really struggled and have to get better in those surroundings. We were lucky to get a dry qualifying in and I took the pole position. For the race on Sunday, I immediately felt well on the bike, got a proper flow very fast and was focused like hell. The first laps it was a hard but fair fight with Nate again. When I finally took the lead I tried to pull a gap and mid race I saw I was shipping away so I did another push. I want to be Champion so badly and I’ve got an advantage of 31 points before Hockenheim now. There the fight will be on!”

“Today I have to say apologies to Frank Hoffmann and the Team as we had the pace to at least put on a good race as in the past, but for the second time this season my right arm pumped up by lap six and it is what it is and I could not do much more than bring home second. Fifty ran a flawless race and he was the best I have seen him ride all season. Our heads now turn to Hockenheim and I’ll be ready for a final show and fight there.”

“After the annulation of Zolder everyone thought: That won’t happen any near time soon again, but it only took three weekends. In the end it was the right decision here at Assen as well and the organizers even offered us to have a replacement race on Sunday. At the offered time frame it would have rained anyways so we are quite happy about the decision not to ride. Fifty and Nate dominated the weekend once more and rode in their own world. On the one hand it is a shame Nate got the arm pump and couldn’t take the challenge to Fifty over the full distance, but on the other hand it was a good thing to happen in respect to our nerves at the pit wall as the first laps were fraught once more, that was enough. At Hockenheim both will push once more for that title, but already it is clear, the 2019 BoxerCup Champion will be a Wunderlich MOTORSPORT rider. Nate could lose second in the Championship as well, so we have to have an eye on that part as well, as we for sure now want the 1-2.”