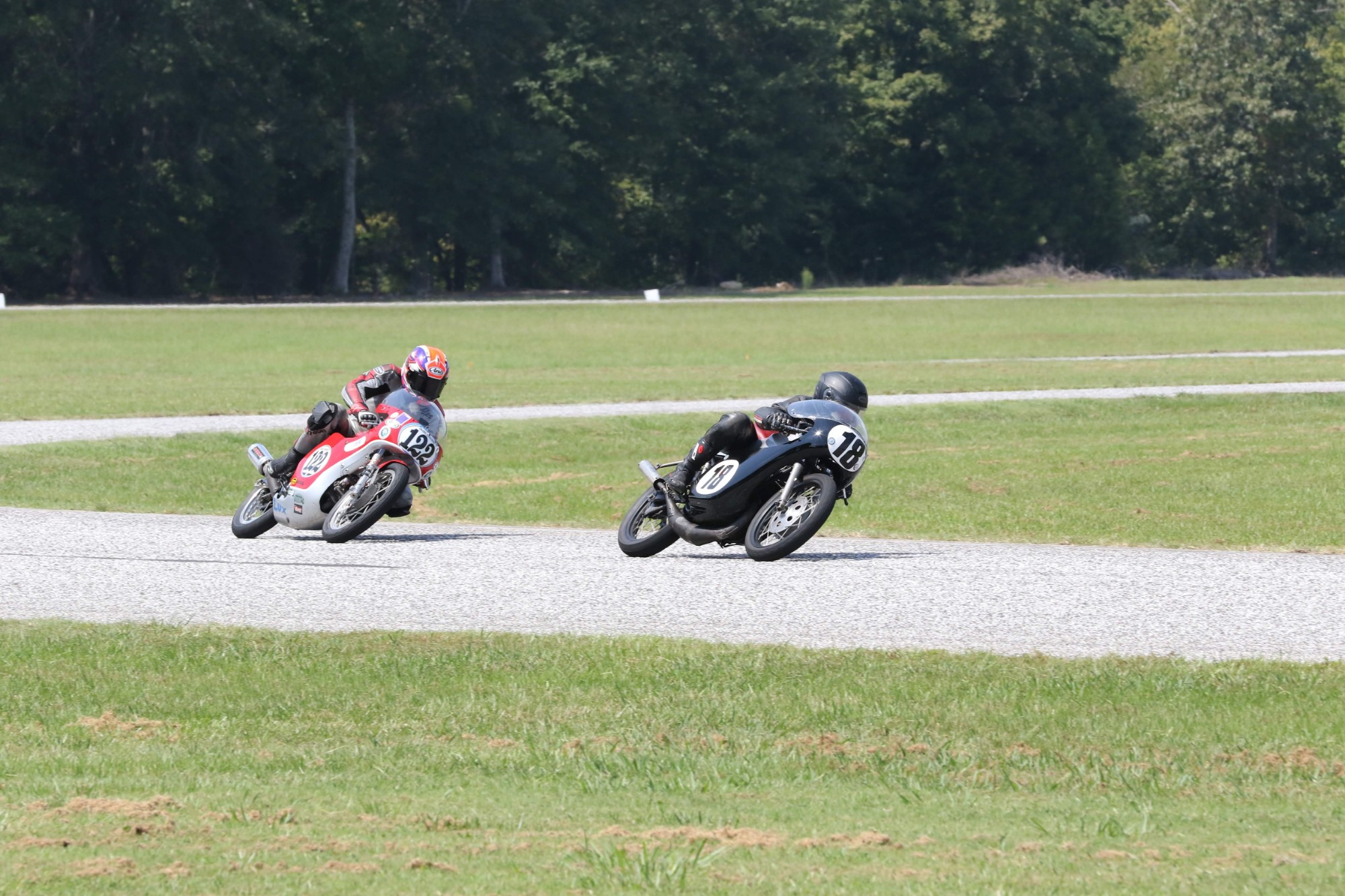 As anticipated, AHRMA’s southeastern contingent made a good showing for this event, with many return competitors from previous events, including Jack Parker, on his two-stroke ’68 Yamaha DT250, Jerry Duke on his 1967 Ducati 350 , Jonathan Hollingsworth (1973 Aermacchi 350), several newcomers to the series AHRMA trustee Arthur Kowitz (1966 Suzuki T20 250cc X-6 ‘Hustler’), Eric Watts (1972 Ducati 350), and Jason Roberts, rounding out the grid with Malcolm Wilkinson (1970 Aermacchi 350) and of course Alex McLean (1967 Aermacchi Drixton 350) fresh from back to back victories at Utah Motorsports Campus, determined to secure the championship.

While Dave Roper was not pre-entered for Little Talladega, there was a thought he might surprise everyone and show up to take this match to the next level. Roper was a no-show, so effectively removed himself as a contender for this year’s Vintage Cup Championship.

Saturday’s race start showed Jerry Duke first through turn one, hotly pursued by Parker in second and McLean in third. Parker and McLean worked their way past Duke and by lap three McLean took the lead and was able to take the checkered flag with a comfortable lead over the rest of the field. Parker took second, followed by Duke to set the podium.

On Sunday, McLean chose to save his machine for the Barber Vintage Festival, and Parker led at the start into turn one, never having his lead challenged, taking first place with Roberts, who entering the fray on Sunday, in second, and Duke in third to set the podium for round 22.

Kenny Cummings of NYC Norton (nycnorton.com) shared “I was very happy to see Alex McLean come down to Tally and sew this thing up. We are looking forward to a big grudge match at Barber between Roper and McLean – one of the most exciting races to watch on the track. We have some serious talent that has pre-registered for this class at Barber, and expect there to be some serious nail-biting action.”