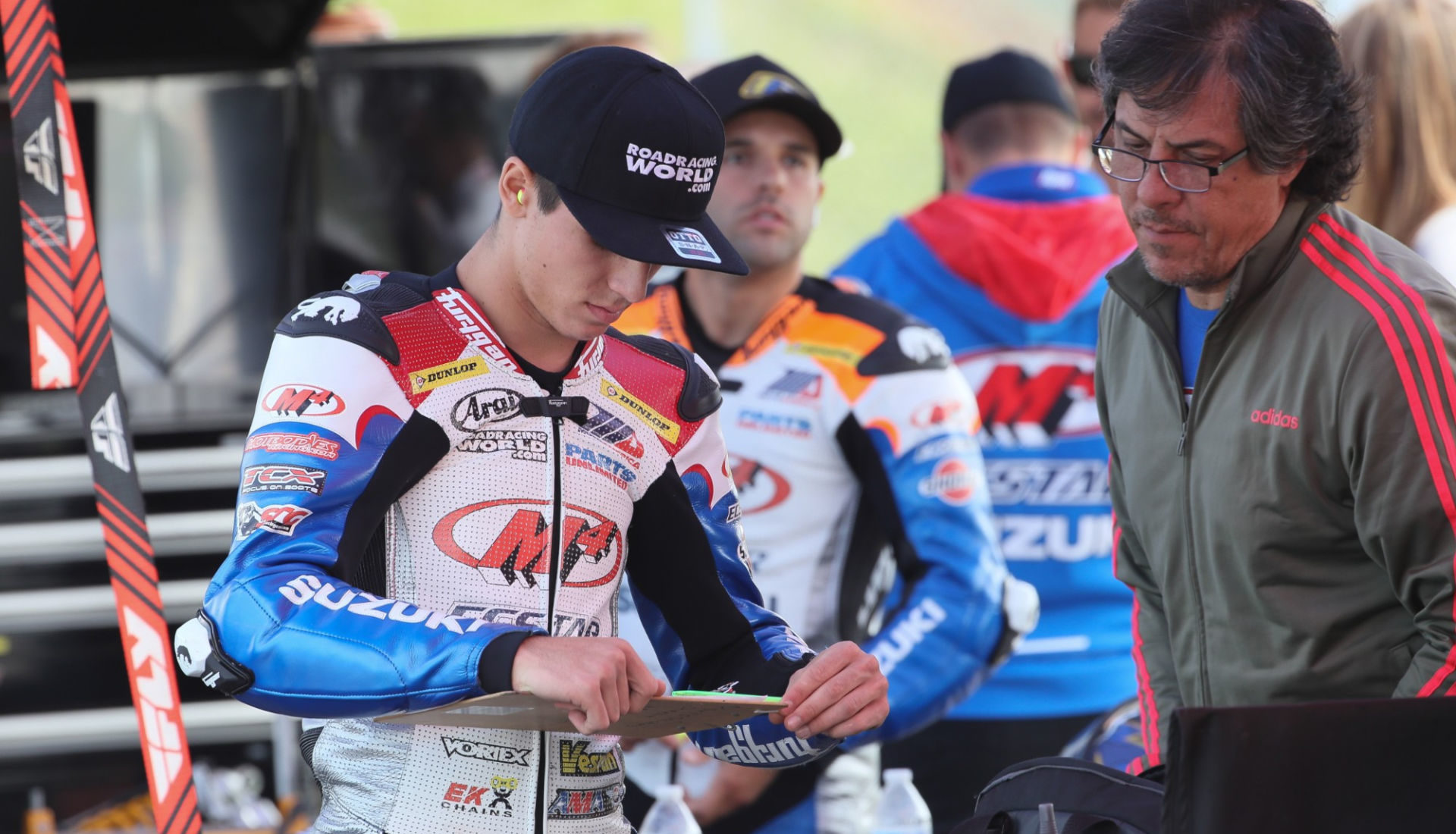 Following MotoAmerica Supersport Race Two September 8 at New Jersey Motorsports Park, racer Hayden Gillim was penalized by MotoAmerica/FIM North America and assessed three rider penalty points for an on-track incident between him and competitor Sean Dylan Kelly that resulted in Kelly crashing out of the race.

After the race as Gillim exited the racetrack and rode toward the podium, Kelly’s father, Pat Kelly, had to be restrained from approaching Gillim, but Pat Kelly still threw a partially full water bottle at Gillim. The bottle nearly hit Josh Hayes and struck Gillim in his helmeted head. For this action, Team Hammer was initially fined $150.

Wednesday, MotoAmerica issued an additional sanction, revoking Pat Kelly’s credential and barring him from attending the next six MotoAmerica events, beginning with the 2019 season finale September 20-22 at Barber Motorsports Park and extending into the 2020 season.

Read the entire sanction below:

According to the 2019 MotoAmerica Entrant Agreement, we confirm the sanction that has been imposed upon you.

In regard to additional evidence presenting itself that was not previously available showing the altercation between your credential holder Pat Kelly and a rider on September 8, 2019 at New Jersey Motorsports Park, you are responsible for the actions of your crew and any passholders assigned by your team to behave in a manner that does not discredit MotoAmerica, the AMA or FIMNA. Pat Kelly was found to have been in violation of this regulation.

For the above reason MotoAmerica has decided to revoke Mr. Kelly’s credential and ban his attendance for the next six (6) consecutive MotoAmerica rounds beginning at Barber Motorsports Park on September 20, 2019 and lasting into the 2020 season.