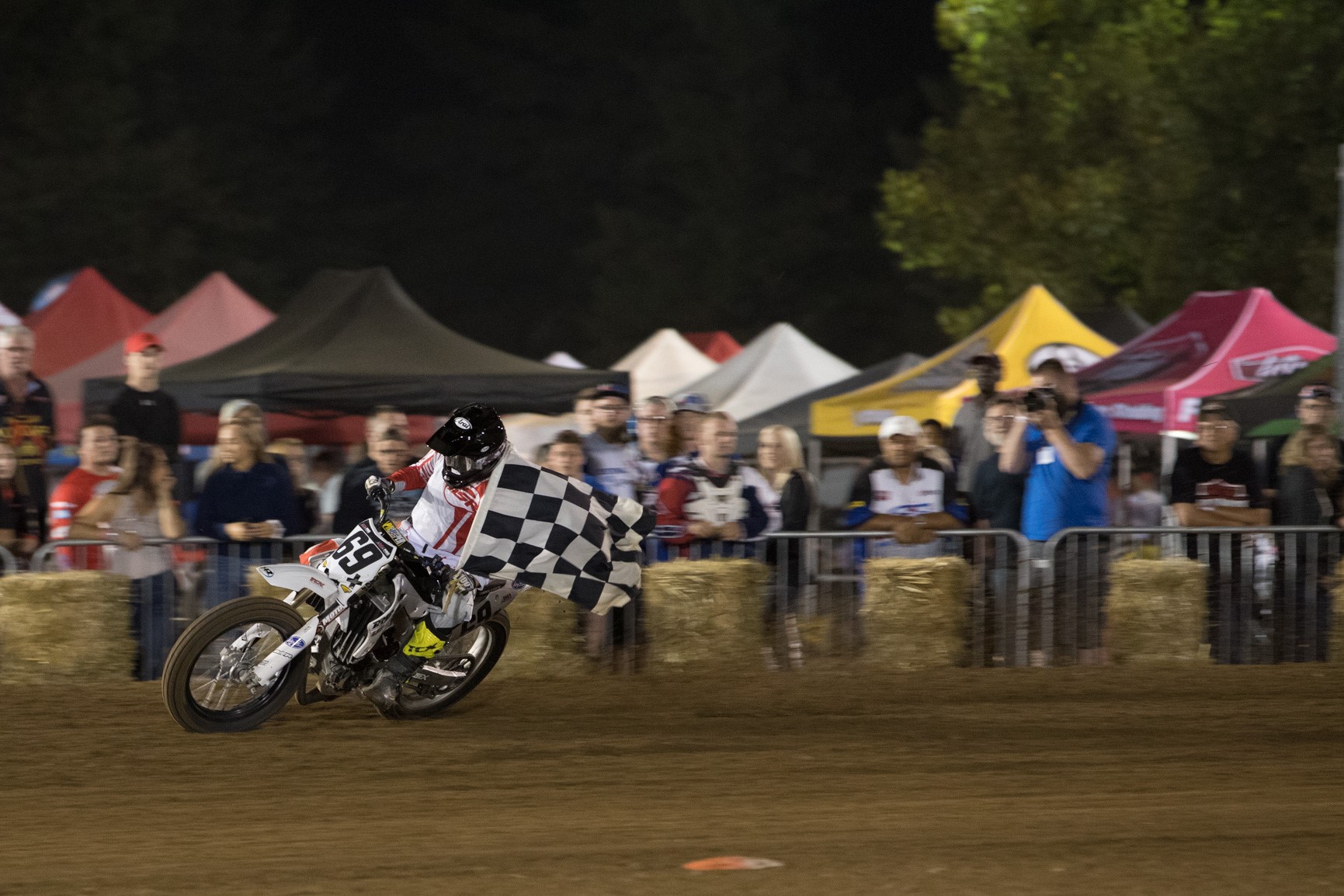 PHOENIX – Estenson Racing is pleased to announce that one of motorcycle racing’s top up-and-coming stars in the amateur ranks, 2018 Nicky Hayden Horizon Award winner Dallas Daniels, has signed a two-year contract with the team. The deal will see 15-year-old Daniels begin an extensive training program aboard Estenson Racing’s Yamaha YZ450Fs next January in preparation for his American Flat Track AFT Singles debut at the Lima Half-Mile later that June.

“Me and my dad have been doing it on our own for a while — travelling in the van, staying in the van, and just kind of doing everything on our own with one bike and a tool box,” Daniels said. “So, to get the call to fly down there [Phoenix] and while we were down there for him to say we were putting something together was pretty amazing. To have this be my first big break and with a guy like Tim Estenson and Estenson Racing, it’s a dream come true. It’s a topnotch team, I think, the best Singles team out there.”

Although his 16th birthday is still a ways off, Daniels can’t wait for his pro debut next June at Lima. “I’ve been racing dirt track my whole life,” Daniels said. I’m beyond-excited to go Pro next year. As a little kid watching races, that’s what I strived to be – a Pro racer and a Grand National Champion.”

Team Owner Tim Estenson originally considered shelving his 450 program when current rider and defending AFT Singles Champion Kolby Carlile moves up to the Twins class in 2019. After talking with his wife, Estenson decided that it was in the best interests of the team to keep it going and help support the rising stars of the sport.

“I wasn’t sure what I was going to do with the 450 program, and I was leaning towards letting it die and focusing on the Twins class. I was talking to my wife Traci, and she made the comment to me, ‘You can’t do that. You owe it to the sport to support the 450 program and the up-and-coming riders,’ and that hit me in a manner that it made sense. We are here for the long run. We are here to do something to help these kids. We need to really look at the amateur kids that are coming up and help them, give them the rides that a lot of us wish that we had the opportunity to have as kids., which for most of us didn’t come, including me.

“We are fortunate to put a two-year deal together with Dallas Daniels and have the support of his father Nick. He is a very talented young rider, and we are excited to have him join our team.”

A third-generation racer, Daniels has 15 overall Amateur National Championships to his credit and was named the 2014 Youth Rider of the Year. Daniels also pulls double duty as a road racer, racing in MotoAmerica’s Liqui Moly Junior Cup for Quarterly Racing/On Track Development. He recently scored his first podium during the World Superbike-MotoAmerica round at Laguna Seca.