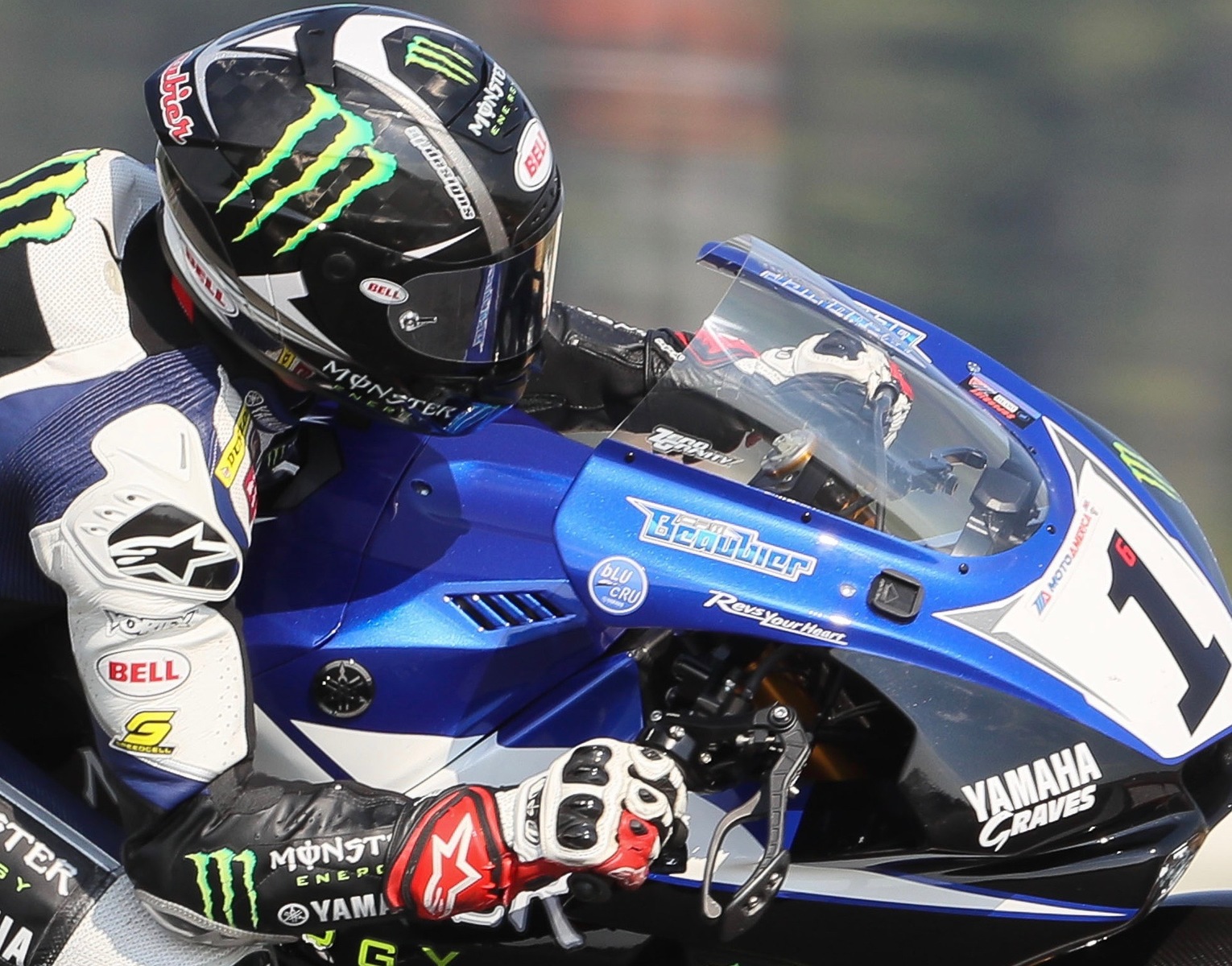 “For 2017, the Yamaha bLU cRU Road Racing Contingency Program has increased by $50,000 over last year,” commented Keith McCarty, Motorsports Racing Division Manager for Yamaha Motor Corporation, U.S.A. “Yamaha is deeply committed to supporting road racers who compete aboard our highly successful YZF-R1, YZF-R6, and YZF-R3 motorcycles. The Yamaha bLU cRU continues to grow every year, and we’re pleased to be able to provide those racers with Contingency support. The legendary R6 has been redesigned for 2017, and we are especially looking forward to seeing bLU cRU racers compete aboard that new machine with support from Yamaha Motor Corporation, U.S.A.”

We’re also very excited about this year’s Yamaha bLU cRU R3 Challenge. The Challenge was a big success last year, and for 2017, we’ve expanded the Challenge to include 26 regional WERA races, encompassing 13 racetracks in 9 states.”

In addition, another $259,000 will be available to Yamaha bLU cRU riders at a variety of national and regional sprint road races across the country.

All bLU cRU contingency earnings will, once again, be paid directly to the riders’ reloadable bLU cRU VISA Debit Cards, and each bLU cRU rider will receive a $45 credit on http://www.bLUcRUswag.com, where they can purchase bLU cRU apparel and merchandise, as well as a 10% rebate on “Graves Motorsports” and “GYT-R” parts and accessories.

For complete details on how to register for the bLU cRU Road Racing Contingency Program, along with specific information on which racing series, events, and classes are included, and additional information on the Yamaha bLU cRU R3 Challenge, visit the Road Racing Contingency page on the Yamaha Motor Corporation, U.S.A., Website at https://www.yamahamotorsports.com/sport/pages/yam…

Yamaha Motor Corporation, U.S.A., is continuing its marketing partnership with WERA Motorcycle Roadracing for the 2017 road racing season. As part of the agreement, Yamaha R3 Expert and Novice road racers have the opportunity to compete in the Yamaha bLU cRU R3 Challenge Race–exclusively for Yamaha R3 riders– which will be held at the prestigious WERA Grand National Finals (GNF) on November 2-5, 2017, at Barber Motorsports Park.

At the GNF, the winner of the Yamaha bLU cRU R3 Challenge Race–in the Expert class–will be awarded a brand-new 2017 Yamaha R6. Other R3 Challenge Race podium-finishing riders–in both the Expert and Novice classes–will be awarded prizes that include TrackSkinz racing leathers and Yamaha Generators. Additional prizes and details will be announced soon.

To further support the Yamaha bLU cRU R3 Challenge, Yamaha is offering bLU cRU Contingency Support to Expert-class R3 racers at 26 WERA events in 2017, and eligible models have been expanded to include 2015-and-newer R3 motorcycles purchased in the U.S.

“We’re honored to be able to grow our relationship with Yamaha for 2017 and host this great Challenge,” said Evelyne Clarke, CEO of WERA. “The Yamaha R3 is a great machine on which to start a motorcycle road racing career, and we urge new riders to check out the machine and come in on a motorcycle that is built for racing, carries contingency support, and qualifies for an awesome final at the WERA GNF this November. This is a great opportunity to learn and grow in this sport.”

Steve Liberatore, Yamaha’s South East Regional Business Manager, added, “We’re excited to once again partner with WERA and expand the Yamaha bLU cRU R3 Challenge for 2017. The Yamaha R3 has proven to be the perfect platform not only for young racers to enter the sport, but also for experienced racers to add another race class to their program and hone their skills. At the 2016 GNF, Jackson Blackmon of Rock Hill, SC, won the R3 Challenge race at the WERA GNF, and he took home the awesome Monster Energy/Graves/Yamaha R3 that was last year’s Grand Prize. This year, the competition should really heat up with the increased rounds of Contingency and the announcement that this year’s Yamaha bLU cRU R3 Challenge race winner will receive a brand-new 2017 R6 as the Grand Prize.”