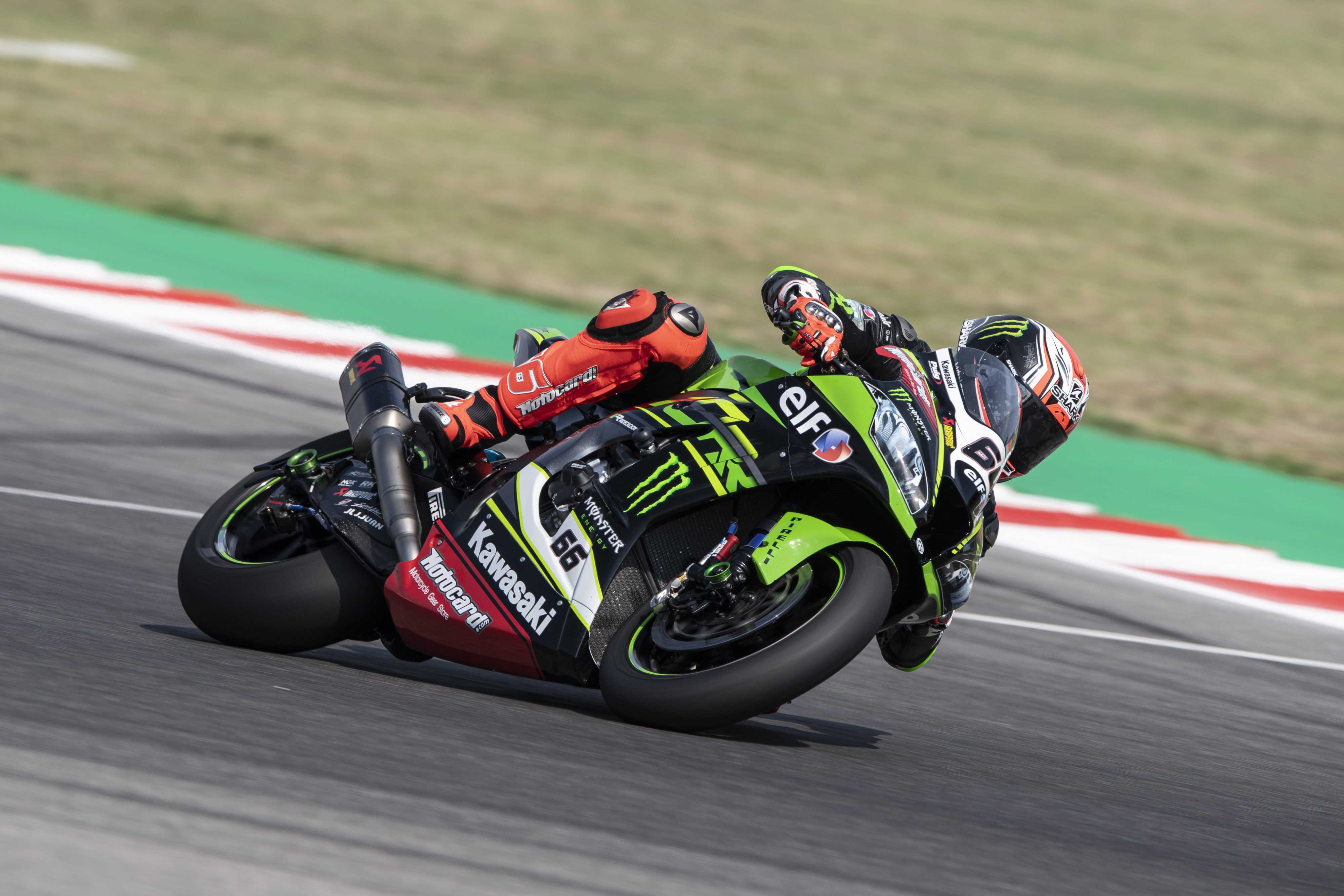 After the long WorldSBK summer break the KRT pairing of Jonathan Rea and Tom Sykes will line-up for round ten this coming weekend at the unique Autodromo Internacional do Algarve, near Portimao in Portugal.

Since the previous round of the WorldSBK championship, held at Misano between the 6th and the 8th of July, championship leader Jonathan Rea has podiumed at the famous Suzuka 8-Hours race and also set the best lap times at a more recent official WorldSBK test at Portimao.

After sustaining a right ankle injury in a sports training accident Sykes missed the recent WorldSBK test and is now looking to get back into action on his Ninja ZX-10RR for the first time in over two months.

The remarkable Rea has won 10 of the 18 races in the current season and leads the championship by 92 points. Despite his already impressive performances, and setting an all-time record of 64 career WorldSBK race wins after his most recent Misano double, Rea is looking for another two victories this coming weekend.

Sykes is equally keen to get back into top level action but after comparatively recent surgery on his ankle injury he will evaluate his recovery in the first free practice sessions. Tom has 34 career race wins to his credit, the most recent at Assen in April of this year.

The Portimao circuit itself is a modern classic, with an intensely undulating 4.592km layout and several blind sections where track knowledge and confidence are vital. With the exception of the 2016 season the circuit has been on the WorldSBK calendar since the first event in 2008, and is also a popular testing venue.

Both KRT riders have won races at Portimao in the past, Sykes in 2012 and 2014, with Rea having won all five of the most recent WorldSBK contests in Portugal, including two doubles for Kawasaki.

Rookie WorldSBK rider Toprak Razgatlioglu (Kawasaki Puccetti Racing) will be ready to make the most of his latest opportunity to shine, having tested at Portimao in August with most of his peers.

Roman Ramos (Team GoEleven Kawasaki), Leandro Mercado (Orelac Racing VerdNatura Kawasaki) and Yonny Hernandez (Team Pedercini Racing Kawasaki) all return to the action at Portimao, the starting point of a run of four alternating race weekends that will close out the 13 round season. Round 11 will take place at Magny Cours in France, between the 28th and 30th of September.

Jonathan Rea, stated: “I am very excited to go back to Portimao because it is a circuit that I really enjoy. It has been a really long summer break so the test at Portimao a few weeks ago really helped to whet my appetite to get back. We worked on a range of different chassis items and also some Pirelli tyres but the real work will start this weekend when we look to get the set-up of the Ninja ZX-10RR dialled in for the circuit conditions, and then try to do the best job we can. There is a lot of support coming from back home and I am really excited about that. The target is clear – to try and win two races.”

Tom Sykes, stated: “The group of people working around me, doctors and so on, have done an absolutely fantastic job to make sure I am ready for this weekend. Given the kind of injury I had it could so easily have been in a cast, and taken four to six weeks to heal. But here we are at not even week four and I have been out enjoying some time on my bicycle. All things considered, we are doing not too badly. I am really looking forward to getting on the race bike. On the first few laps I will probably just feel my way in and make sure that my body, and especially my ankle, are ready for action. After that I will build the speed and get down to business.”

MotoGP: Fausto Gresini Funeral To Be Streamed Live On Saturday