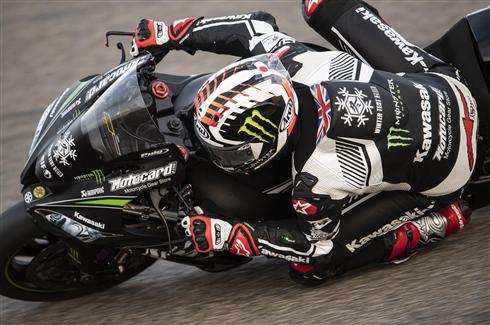 The refreshed KRT WorldSBK line-up of Jonathan Rea and Leon Haslam will restart their 2019 campaigns with a two-day test at Jerez, on Wednesday the 23rd and Thursday the 24th of January.

After a long winter break since the most recent test outing at the same Jerez venue last November, four-time WorldSBK champion Rea and current BSB champion Haslam are keen to begin the process of making their final preparations for the first round of the 2019 championship, to be held in mid-February in Australia.

After two successful post-season tests at Motorland Aragon and Jerez last year, the entire KRT squad will now concentrate their efforts on making final choices of components and overall machine set-up. With Jerez also returning to the WorldSBK championship race calendar in 2019, the forthcoming track outing at the 4.423 km long circuit in Andalusia will be of great value in its own right.

As well as a new-look riding line-up the most recent Ninja ZX-10RR features a higher-revving stock engine than the 2018 version, achieved in part by the use of finger follower valve technology.

After the Jerez tests are completed the KRT team and some of their rivals will swiftly relocate to the Portimao circuit on the Algarve, for two more days of testing on the 27th and the 28th of January.

Jonathan Rea, stated: “I am excited to see my team and all the guys. I had a training camp last week in Barcelona and I saw quite a few of them but this will be the first time we will get together as a group. Hopefully we can pick up where we left off at the last test. It has been a long, long winter but I arrive feeling refreshed and recharged after a lot of time at home. We expect some new material in preparation to build our base package at the start of the year. The tests at the end of last year were all about trying out different items and now we can put them all together and begin performance testing. I am excited because we were fast in Jerez in November, so I hope we can have some good weather this time.”

Leon Haslam, stated: “It has been a short winter for me because I got some surgical screws taken out of my ankle. I have done a two-week training camp out in Barcelona, riding Supermoto, flat track and doing numerous other things. The weather has been kind to us. I just want to get back going again on track at Jerez. These tests will be important for me and the more laps the better. Getting used to the bike and how to use it in terms of riding style and electronics, is the key. But also we will get to explore a few more points on the bike, which we have not done at previous tests. The weather looks good for the days on track and all our opposition is going to be there, so it is a key point to see where we are and where we have to improve.”

Guim Roda, KRT Team Manager, stated: “This Jerez test is a warm-up session to start checking details of things we finished working on last year. The riders have been working hard this winter with their training programmes and now the idea is put it all together and see were we are. Another good point about this Jerez test is that many teams will be there, so everybody will be able to take notes and make final adjustments to be ready for the first race weekend in Australia.”

The Jr. Cup Championship is on the line as...
Read more
Feature