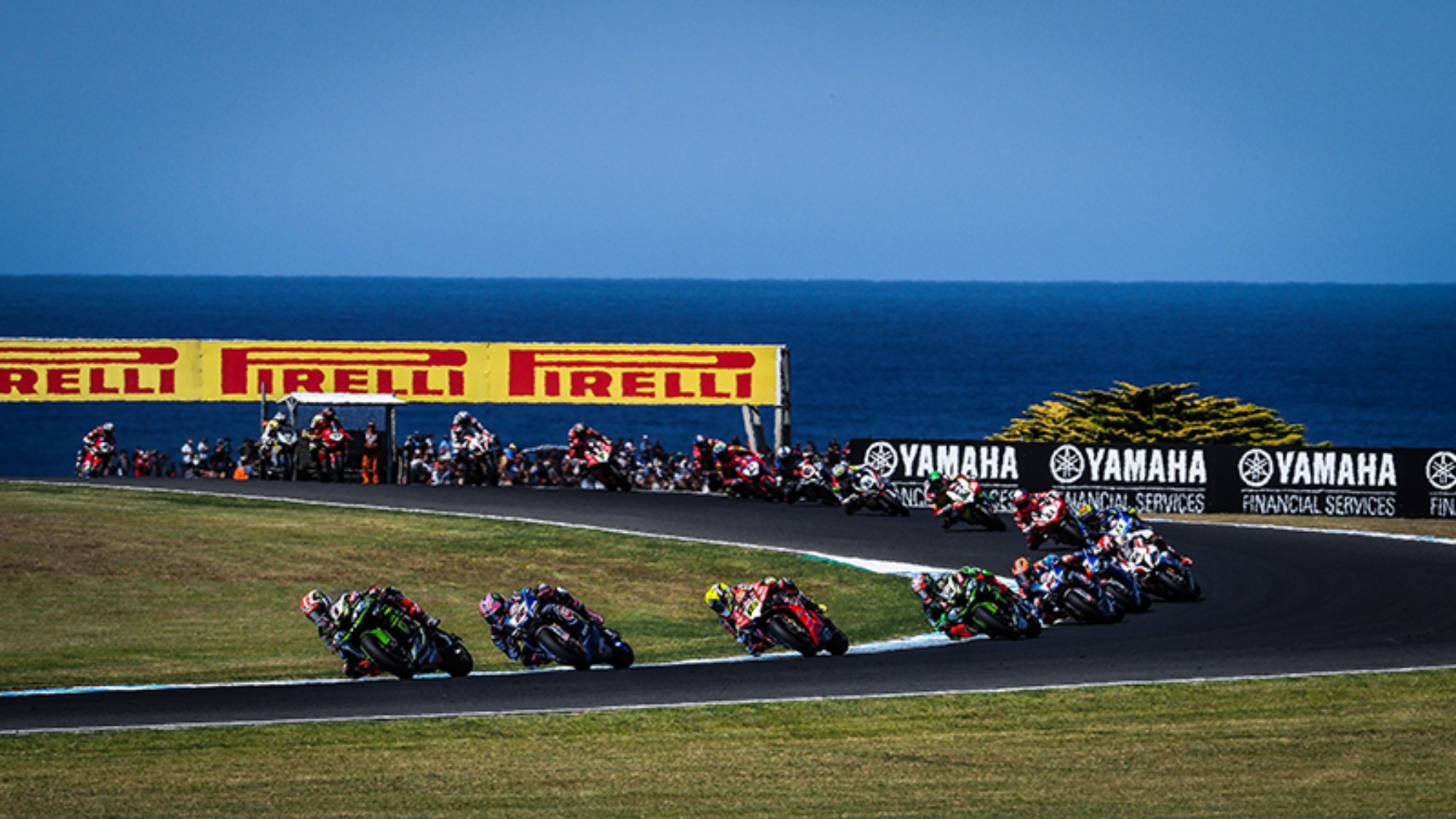 Once again, the new WorldSBK season will kick-off down-under at the spectacular Australian race venue

Phillip Island Grand Prix Circuit and Dorna WSBK Organization are delighted to announce that the 2020 MOTUL FIM Superbike World Championship will once again kick-off in Australia, with the WorldSBK Yamaha Finance Round to be held at the Victoria’s racetrack from Friday 28th February to Sunday 1st March 2020.

The 2020 WorldSBK Yamaha Finance Australian Round will set a new record, as it will become the 30th round to be held at the Aussie race venue, becoming the first track in the world that has hosted as many WorldSBK rounds.

Continuing with the “triple-treat” format introduced in 2019, the WorldSBK race weekend will run from Friday to Sunday, with the first two sessions of free practices dominating the schedule for Day One. Saturday will see the Tissot Superpole taking place in the morning followed by the first main race in the afternoon, while Sunday will begin with the now traditional 10-lap Tissot Superpole Race, which decides the new grid for Sunday’s Race 2. Alongside WorldSBK, the outstanding battles of the FIM Supersport World Championship will return into action on the fast and flowing 4.445 km of the famous Australian venue guaranteeing plenty of spectacular racing for all the Australian fans.

David Bennett, General Manager of the Phillip Island Circuit: “We know fans love the summer weather of world superbikes. It’s a perfect time for camping at the circuit and enjoying a weekend away with mates or family at Phillip Island. And of course, with 30 years of world superbikes, we have plenty to celebrate so it will be a special round. It’s time to put the date in your diary and start planning a getaway”.

Gregorio Lavilla, WorldSBK Executive Director, Sporting and Organization: “It is now a tradition for the MOTUL FIM Superbike World Championship to kick-off the new season down-under and we are delighted to return in 2020. The Australian round at Phillip Island Grand Prix Circuit is one of the most awaited rounds of the year, not just because it is the first on the WorldSBK calendar, but for the beautiful venue and the warmth of the Australian crowds. Their true enthusiasm for motorsports makes the entire round an even more unique event”.

Landers Racing is pleased to announce the confirmation of...
Read more
Feature