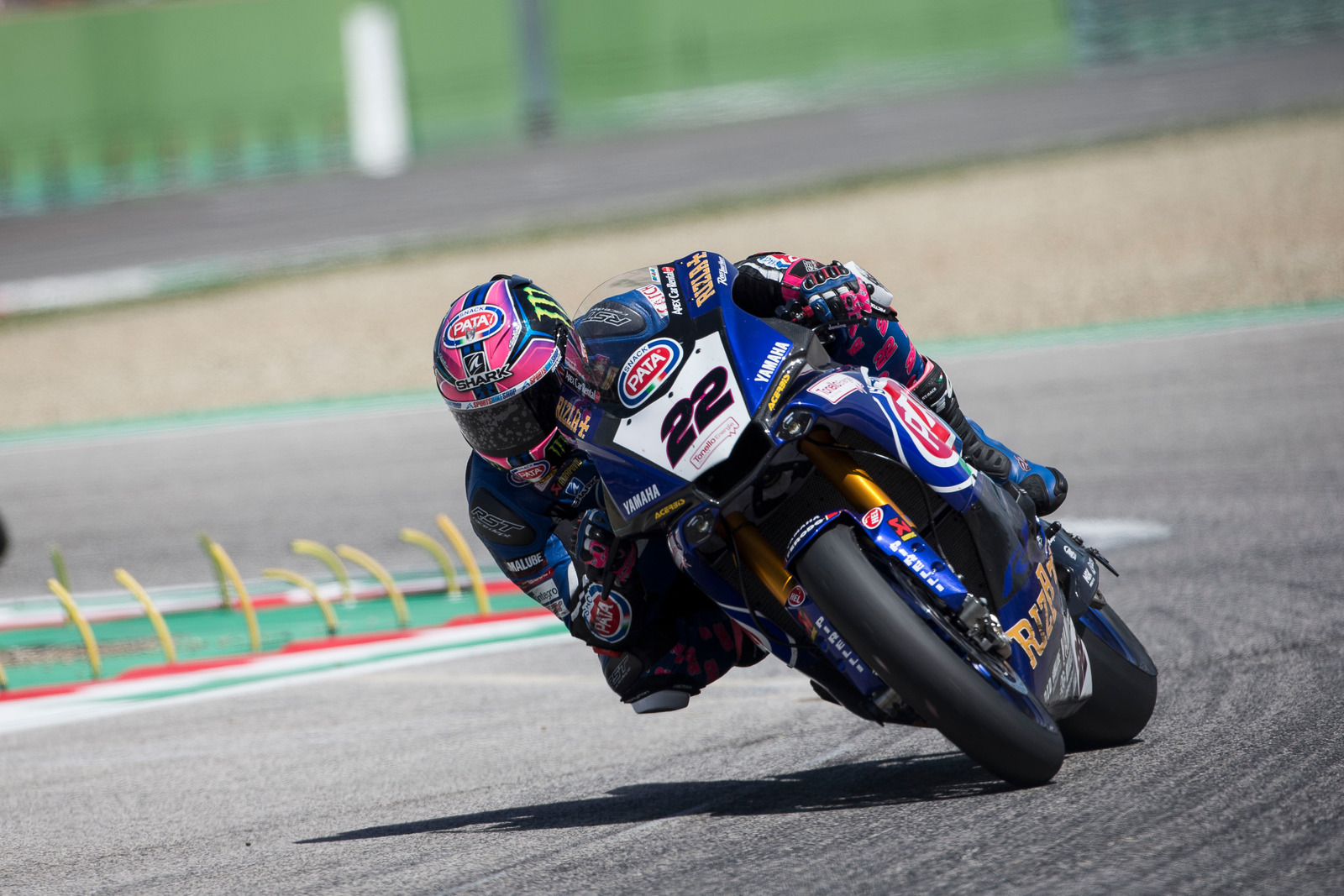 Pata Yamaha Ready for Home Round at Donington Park

The Pata Yamaha Official WorldSBK Team arrive at their home round of Donington Park, for round six of the FIM 2017 Superbike World Championship, aiming to continue the impressive progress they have made this season. After another set of solid results at Imola the team are looking to put on a performance worthy of their fans at their home round, with Alex Lowes particularly out to impress at a circuit he lives just ten miles from.

Lowes cannot wait to get out on track at Donington, the British rider admitting it is one of his favourite circuits in the world. Living just ten miles from the track means it really is a home round for the 26-year-old, and he knows that the British fans will be cheering him on in their droves. After finishing race one at Imola in eighth place, Lowes improved to cross the line sixth in race two, and after working hard between rounds he is keen to continue this progress. Lowes currently lies fifth in the championship standings with 94 points after five rounds and will be looking to close the 30-point gap to Marco Melandri in fourth by putting on a show for his fans at a track that he feels will play to the strengths of his R1.

Van der Mark is looking forward to riding his R1 at Donington for the first time, a track that he also feels will suit the Yamaha. The Dutch rider has enjoyed a solid start to the season, but after a tricky weekend at Imola, where he came away with a seventh and a ninth-placed-finish, is looking to regain focus and return to the top six. The 24-year-old, who occupies seventh in the Championship standings after five races with 78 points, loves the passionate British supporters and is relishing the chance to perform at the team’s home race.

Located near Castle Donington in Leicestershire, Donington Park hosted its first motorcycle race in 1931. Requisitioned by the Ministry of Defence in 1939 at the start of the Second World War, it reopened its doors to racing in 1973. The 4,023km circuit has 12 corners in total, seven right-handed and five left-handed, plus a start/finish straight of 550m in length, and is known for its fast-flowing corners, dramatic elevation changes and its two hairpins.

The Pata Yamaha Official WorldSBK team takes to the track for FP1 on Friday at 10:45 am local time in the UK, with race one scheduled for 15:00 pm GMT on Saturday, and race two at 15:00 pm on Sunday.

“I can’t wait for the Donington Park weekend! I live ten miles from the track so it’s a real home race for me. Even if it wasn’t, it’s a great circuit that I really enjoy. The section from Redgate to Coppice, for me, it is one of the best sections of track in the whole world. I’m optimistic of challenging for a podium. I think the circuit will suit the R1, unfortunately, I missed the event last year due to injury so I’m hoping to make up for it this year. It’s always amazing to race in front of the British fans and public and it’s something I really miss from my BSB days. Thanks to everyone for the support, I can’t wait to get started, and I’ll see you there!”

“Imola was a difficult weekend for the team and me, but we just have to move on and I am very much looking forward to Donington. It’s a completely different track to Imola and I think the R1 will work well there, as the track suits our bike. It’s a nice race for me, I love the British fans plus it’s the team’s and my teammates home round! This always makes it more exciting, and we know how supportive the fans will be. We have been making good progress all season, but Imola was difficult, so we need to regain focus and we will be ready to fight at Donington.”

“The season so far has been generally positive, with the performance of the R1 and the riders consistently moving in the right direction. Imola was surprisingly difficult, but an important lesson in knowing where we need to improve in order to take the next steps forward. Donington Park is a flowing circuit that should suit both the R1’s chassis and engine character much better, and the team and riders are looking to get back to challenging the podium contenders. Of course, it’s Alex’s ‘home round’ which always adds to the excitement, but there are many British riders at the front and WorldSBK has been coming to Donington for many years, so any advantage is perceived rather than genuine. The level at the front of WorldSBK is brutally competitive this year, but Yamaha is closing the gap and we are confident that both Alex and Michael will show very strongly at the team’s home event this weekend.”