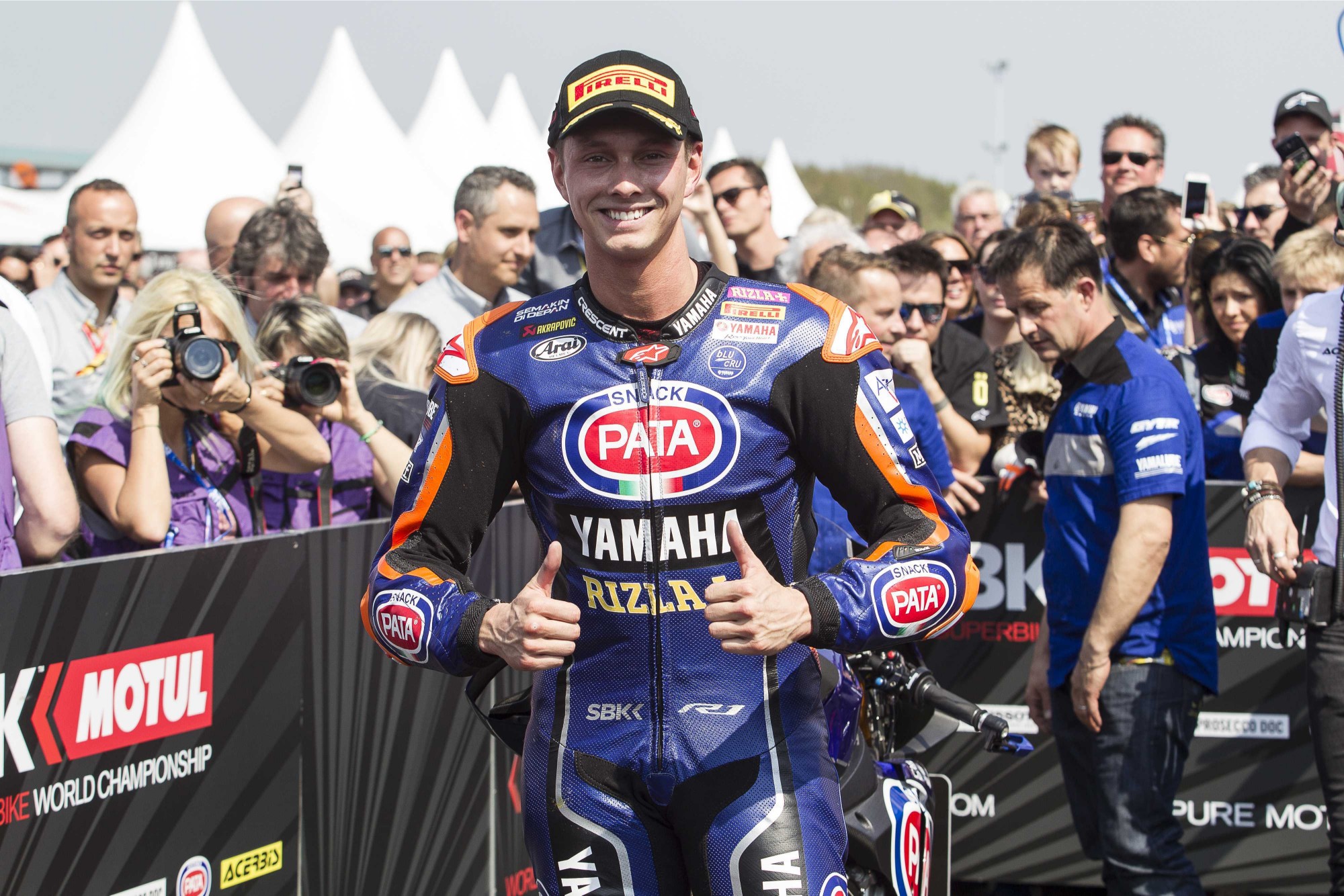 The Pata Yamaha Official WorldSBK Team are prepared to do battle once more as they head to Imola this weekend for Round 5 of the 2018 Motul FIM Superbike World Championship. Fresh from a stunning double podium and his best ever WorldSBK points-haul weekend at his home race in Assen, Michael van der Mark cannot wait to get back on his Pata Yamaha R1 at the Autodromo Internazionale Enzo e Dino Ferrari di Imola. His teammate Alex Lowes is looking to bounce back after two tough races and build on the pace he showed in qualifying at Assen to secure his maiden WorldSBK pole position, and the whole team is looking forward to understanding the progress made with the 2018 R1 at this very technical and demanding circuit.

The Pata Yamaha team head to Italy for Round 5 ready for action after the back-to-back races at Aragon & Assen, plus an encouraging two-day private test in Brno. Local hero Van der Mark delighted the passionate Dutch fans at the TT Circuit Assen by storming to second in Race 1 – setting the fastest lap of the race along the way – and then securing a sensational third in Race 2 at his home round. The 36 points he collected for his efforts not only meant it was his best WorldSBK weekend in terms of results but also saw him move up to fourth in the championship standings with 104 points. The 25-year-old Dutch rider will be looking to continue his excellent 2018 momentum and believes he should have a good base setup with his Pata Yamaha R1 at a challenging track, where he finished in seventh and ninth positions respectively in the two races last year.

Lowes had a much tougher time in Assen, despite showing good pace all weekend and putting in a superb lap in SP2 to secure the 27-year-old British rider’s first WorldSBK pole position. A tyre fitment error restricted him to 12th position in Race 1, and an unfortunate crash when battling inside the top six in Race 2 saw Lowes re-mounting in last place and mounting a fightback, charging through the field to cross the line in 14th. This means Lowes is now seventh in the championship with 76 points and, having made good progress at the Brno test, the 2013 British Superbike Champion is determined to be back fighting for the podium at Imola, where he recorded an eighth and sixth-place in 2017.

The Autodromo Internazionale Enzo e Dino Ferrari di Imola first hosted a motorcycle race in 1953 and is a firm favourite amongst supporters and riders alike, due to its fast but technical nature. Located 40km east of Bologna the 4.936km circuit is named after the Ferrari founder Enzo Ferrari and his son Dino. The layout of the track has changed considerably over the years and it is one of the few tracks on the calendar that runs anti-clockwise. It now consists of 22 corners and combines high speed turns along with a number of chicanes and the Tosa Hairpin, with a longest straight of just 358m.

Looking to build on their encouraging start to 2018 and after a strong performance at the Brno test, the Pata Yamaha Official WorldSBK Team will take to the iconic track for Free Practice on Friday at 9:45 am (CEST) local time, with both races taking place at 1:00 pm on Saturday and Sunday.

“After a good race weekend at Assen and a positive test at Brno, I’m really looking forward to Imola. It’s going to be interesting to see how the bike will work, as Imola is such a different track then the places we have been to this year, but I believe that the base package of the YZF-R1 should also be good at Imola!”

“I feel refreshed and ready to go to Imola. It’s a track that always delivers an amazing atmosphere. The last round wasn’t great for me in terms of results but my speed was very strong and, also, at the Brno test I found some steps forward with the bike so I’m expecting some good results. Really looking forward to the weekend and getting back going with the whole crew!”