Nicky Hayden: More On The Sculpture Of The Late World Champion Being Erected In Owensboro, Kentucky

Nicky Hayden: More On The Sculpture Of The Late World Champion Being Erected In Owensboro, Kentucky 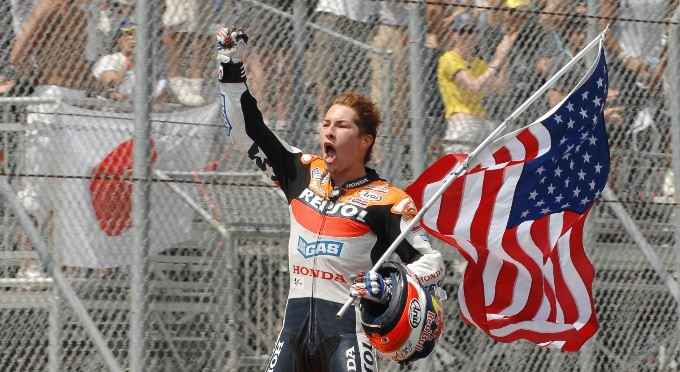 Nicky Hayden Statue to Be Unveiled in Owensboro

OWENSBORO, Kentucky. (May 9, 2018) — The Hayden family—parents, siblings, and fiancée of the late Nicky Hayden, along with members of his extended family—are pleased to announce an unveiling ceremony for a sculpture honoring the late MotoGP World Champion. Created by George Lundeen of Lundeen Sculpture in Loveland, Colorado, the bronze statue was commissioned in partnership with the City of Owensboro, Kentucky, the Haydens’ hometown.

“Nicky left us just under a year ago, and we still miss him every day,” said Tommy Hayden, Nicky’s older brother. “We appreciate the support that his fans have given our family during the past 12 months, and we look forward to seeing many of them as we unveil this beautiful tribute to Nicky. We would like to thank the City of Owensboro for their support on this project. Nicky loved this city and took great pride in representing it in a positive way, so it’s appropriate that he’ll be memorialized here.”

The work recreates the popular racer’s celebratory lap of Monterey, California’s Laguna Seca Raceway following his championship-year victory there, and as Nicky did on July 23, 2006, his likeness will hold aloft an actual American flag. The sculpture will be unveiled on June 8 at 5:30 p.m. on the front lawn of the Owensboro Convention Center, at 501 W. 2nd Street. The ceremony is being held in conjunction with Owensboro’s Friday After 5, a summer-long series of free outdoor concerts on the Ohio River waterfront. During the unveiling, Mayor Tom Watson will read a proclamation declaring the following day (June 9, or 6/9), Nicky Hayden Day, referencing Nicky’s racing number, 69.

“It is with great pride that we as a community have the opportunity to continue ‘The Kentucky Kid’s’ legacy in his hometown,” Mayor Watson said. “We will have a lasting memorial to commemorate his accomplishments to not only OBKY but to the world. I want to thank the Hayden family for allowing us to partner with them on this truly eventful day.”

MotoAmerica: Superbike Cup Still Up For Grabs At Laguna

MotoAmerica: How To Watch The Action At Laguna Seca

Editorial Note: The only way to watch the King...
Read more
Feature