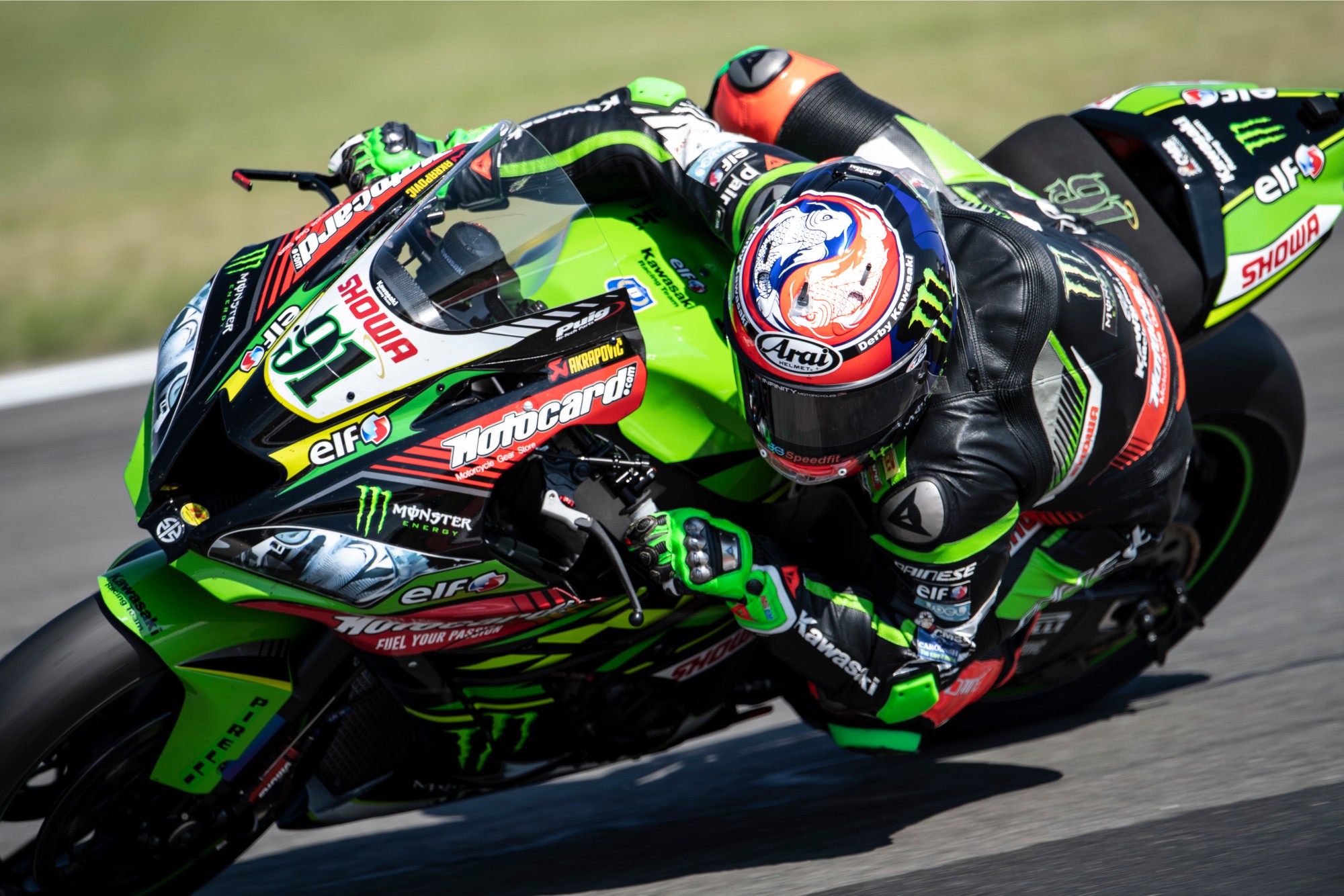 KRT duo Jonathan Rea and Leon Haslam both left their home round at Donington with trophies to show for their efforts and at the next round at Laguna Seca, held between 12 and 14 July, they will be hunting for more big prizes.

Rea’s sensational first career triple race win at Donington lifted him 24 points ahead of the previous long-time championship leader Alvaro Bautista, after a nearly perfect weekend of team-work and execution in changeable conditions.

Four-time champion Rea has an enviable record at Laguna in the most recent seasons, scoring four wins in all since 2016 – including the most recent three in succession at the 3.610km long Californian circuit, located between Monterey and Salinas.

Jonathan’s recent run of form has reversed the early season trend of domination by Alvaro Bautista as Rea took the championship lead for the first time at Donington, extending it throughout the weekend.

The Laguna Seca round, possibly more than any this year so far, will be the focus of great global attention after all the thrills, and occasional spills, that characterised an electrifying Donington Park round.

With seven race wins to his credit now in 2019 Rea will have three more chances to score full points at Laguna, due to the new weekend format in WorldSBK this year.

Haslam, the 2018 BSB champion, has not raced at Laguna since the 2015 season. His two podium performances at Donington have rejuvenated his current campaign and he aims to score his first ever top-three finishes at Laguna in just a few days time.

The lone American round of the championship is always a popular race weekend on the WorldSBK calendar, especially in the California sunshine. Once again it will be the final round before the start of the now traditional summer break, which will last until early September. Before then Rea, Haslam and Razgatlioglu will join forces as the Kawasaki Racing Team Suzuka 8 Hours entry for the prestigious Endurance race in Japan on Sunday 28 July.

In the championship standings, after eight rounds, Rea has 376 points, Alvaro Bautista 352, while Haslam is fifth overall with 187.

Jonathan Rea, stated: “Weekends like Donington do not come along very often but enjoyed it and now we are going to Laguna, which is another great track with great support. I cannot wait, and the people love Superbike there. It is a very iconic track, with The Corkscrew and Turn One as well. I had a really good weekend there last year and I enjoyed it. You get to ride your motorbike in the sun, so it is pretty cool. It is very important to stay healthy and arrive there in good shape because there is a long summer break after. We have to make it count.”

Leon Haslam, stated: “Laguna is the only circuit I have never had a podium at. I have managed to get a podium at every other current circuit in WorldSBK except there, so I am looking forward to trying to rectify that. That is my first aim of the weekend. The Kawasaki goes well there but I think the Ducatis may be strong too, more than they were at Donington – we will see. The last time I raced there was in 2015.”

Top independent rider Toprak Razgatlioglu (Turkish Puccetti Racing) strengthened his sixth place behind Haslam in the championship with two second places at Donington. He had a big fall at Laguna Seca last year but is heading to the USA full of determination to continue a podium-scoring streak that has run from Imola to Jerez, Misano and now twice at Donington.

Jordi Torres (Team Pedercini Racing Kawasaki) had an up and down Donington experience but is ready for the undulations and complexities of Laguna, especially as it precedes the long summer break. He is ranked 12th overall. Leandro Mercado (Orelac Racing VerdNatura Kawasaki) sparkled in the rain at Donington, with a career-best sixth place on Saturday, and he hopes for more top ten finishes in the USA this weekend to move on from his current 15th position.