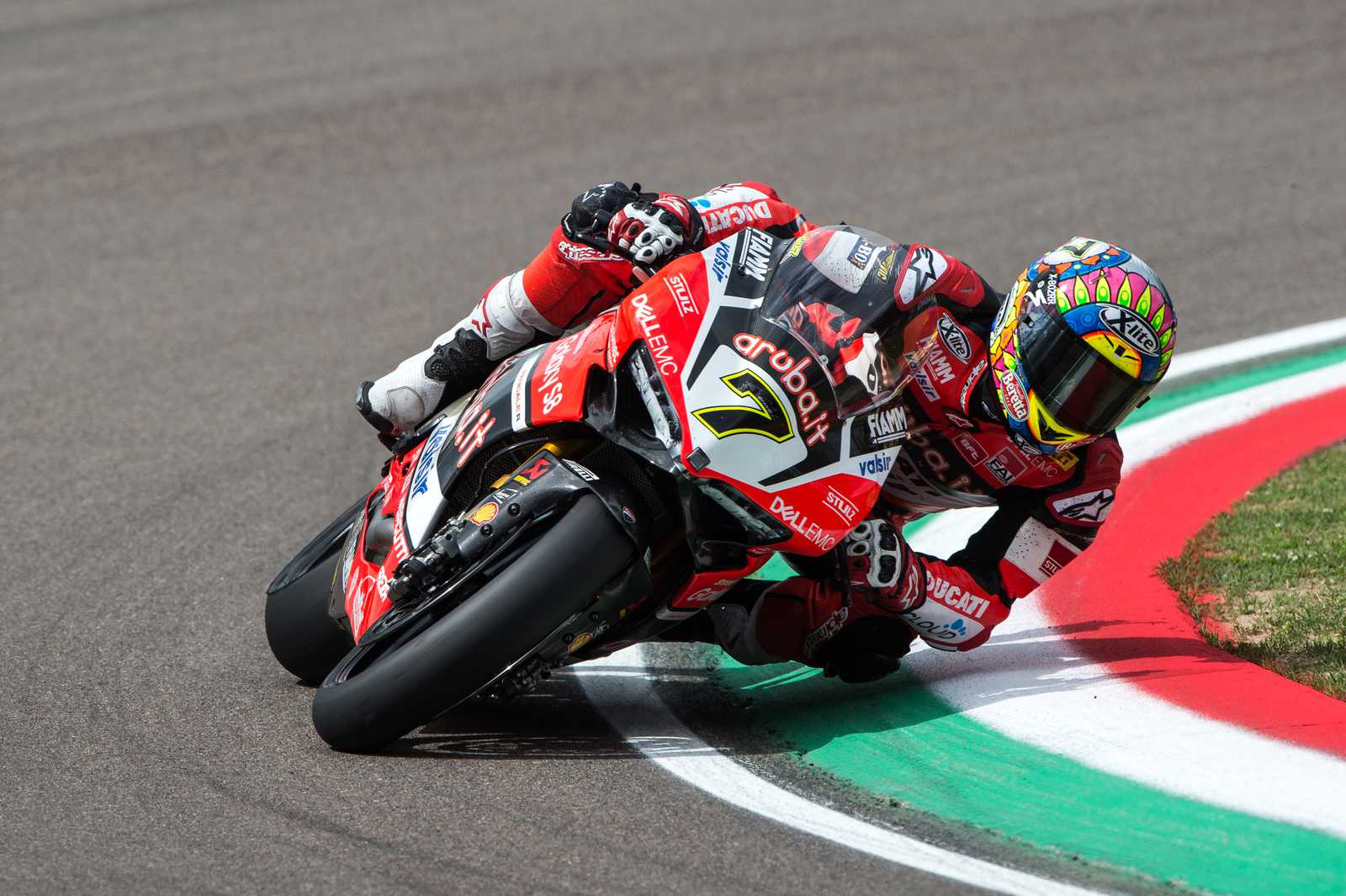 The Aruba.it Racing – Ducati team back on track at Donington for the sixth round of the WorldSBK Championship

Back from a double win at Imola with Chaz Davies, the Aruba.it Racing – Ducati team is ready to resume action for the sixth round of the 2017 WorldSBK Championship, scheduled for May 26-28 at Donington (U.K.). The British track marks the home race for the Welshman, who scored three third-place finishes there with Ducati in the past two years. Marco Melandri, who last week concluded a one-day test at Mugello with positive feedback, secured two wins and two further podiums at Donington during his career in WorldSBK.

However, the racing aspects in these moments are overshadowed by the news regarding Nicky Hayden’s premature passing: the thoughts of the whole team go to the American rider, to his family and friends, and to his squad, in the hope of honoring his memory with two spectacular races, regardless of the results.

The Aruba.it Racing – Ducati team will resume action at 09:45 (CET -1) on Friday for the first free-practice session.

“After some good results at Imola, it’ll be nice to head to Donington with some momentum. In the past few years, we’ve been getting progressively closer to the mark and more competitive there, where Sykes has been the benchmark. Last year, despite having missed one hour of practice on Friday, we got a podium, so I’m up for the challenge. That said, I feel devastated over the loss of somebody who wasn’t only a respected and established motorcycle racer and world champion. Nicky’s character spoke for itself. He was a great guy, friendly and determined, who deserves so much respect. We lost a real legend, on and off the track.”

“The day spent on track at Mugello last week was really intense and important, because in the official post-race test at Aragon we couldn’t ride after a crash, and most of all because of the issues encountered at Imola. I think we made some steps forward under several aspects. I really like the Donington track, and I hope the weather will be good. We head there with confidence, but most of all sadness after receiving the news of Nicky’s passing. It’s really hard to make sense of what unfolded in these circumstances. He will be missed dearly. My thoughts are with him and his family.”