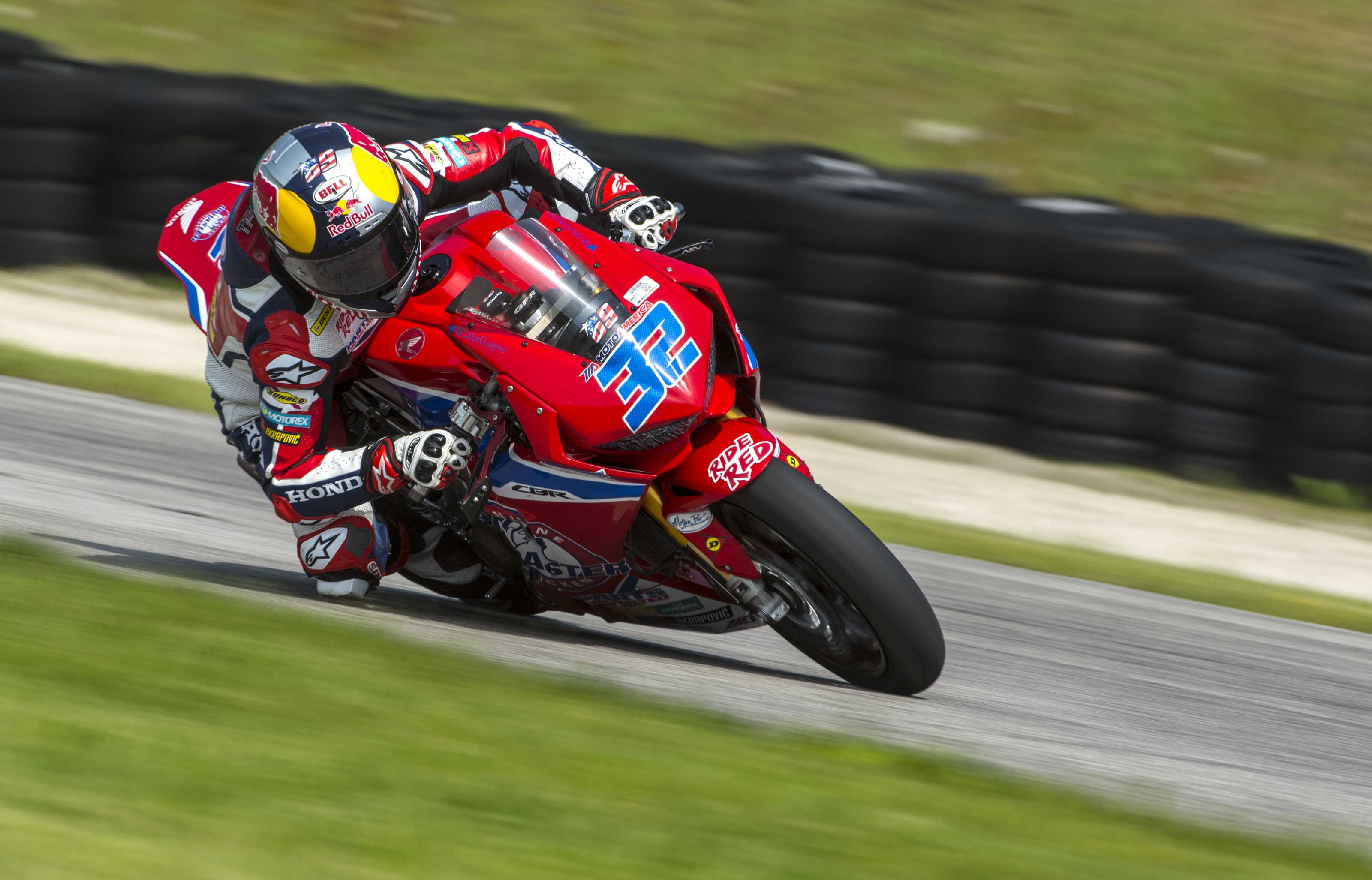 The Red Bull Honda World Superbike Team is pleased to announce that 24-year-old American rider Jake Gagne will team up with Stefan Bradl to take part in the US Round of the 2017 FIM Superbike World Championship on board the team’s Honda CBR1000RR Fireblade SP2 machine.

“For me this is a dream come true and a huge honour to get an opportunity to race in the World Superbike Championship with such a prestigious team. This is a huge opportunity and I am going to do everything I can to do the best job possible and learn as much as I can. The loss of Nicky was very difficult for us all but I know he will be watching over us and I hope I can make him proud. Laguna Seca will always be a very special track for him and I’m honoured to get out there in front of our home crowd and show what I can do. It seems like a great fit coming off a Honda Superbike here in the States, as well as having Red Bull as the team sponsor, as they have supported me throughout my whole career. I would like to express my huge thanks to Honda, Red Bull and Ten Kate for this incredible opportunity. And thanks also to Broaster, RoadRace Factory and my whole team for allowing me to chase this dream!”

“Jake is a young and talented racer who already knows the Fireblade quite well from racing in the MotoAmerica Superbike Championship and has raced – and won – many times at Laguna Seca. We are looking forward to welcoming him within the team and giving him the best possible support for his World Superbike debut. I’m confident he will enjoy the experience and will do his very best in front of his home crowd. Nicky was known for his great support of young riders – especially his fellow Americans – and was always available for a chat and to offer advice, so I feel this is the perfect way to honour him at Laguna Seca.”

“It is our pleasure to collaborate with our peers at Honda Motor Europe and show the strength of Honda teamwork. Jake is a talented young man, and he has been a huge part of our re-entry into the AMA road racing scene this year. We are happy to see him have this opportunity with WorldSBK, and having new American talent enter the world scene at Laguna is a fitting tribute to Nicky’s memory.”