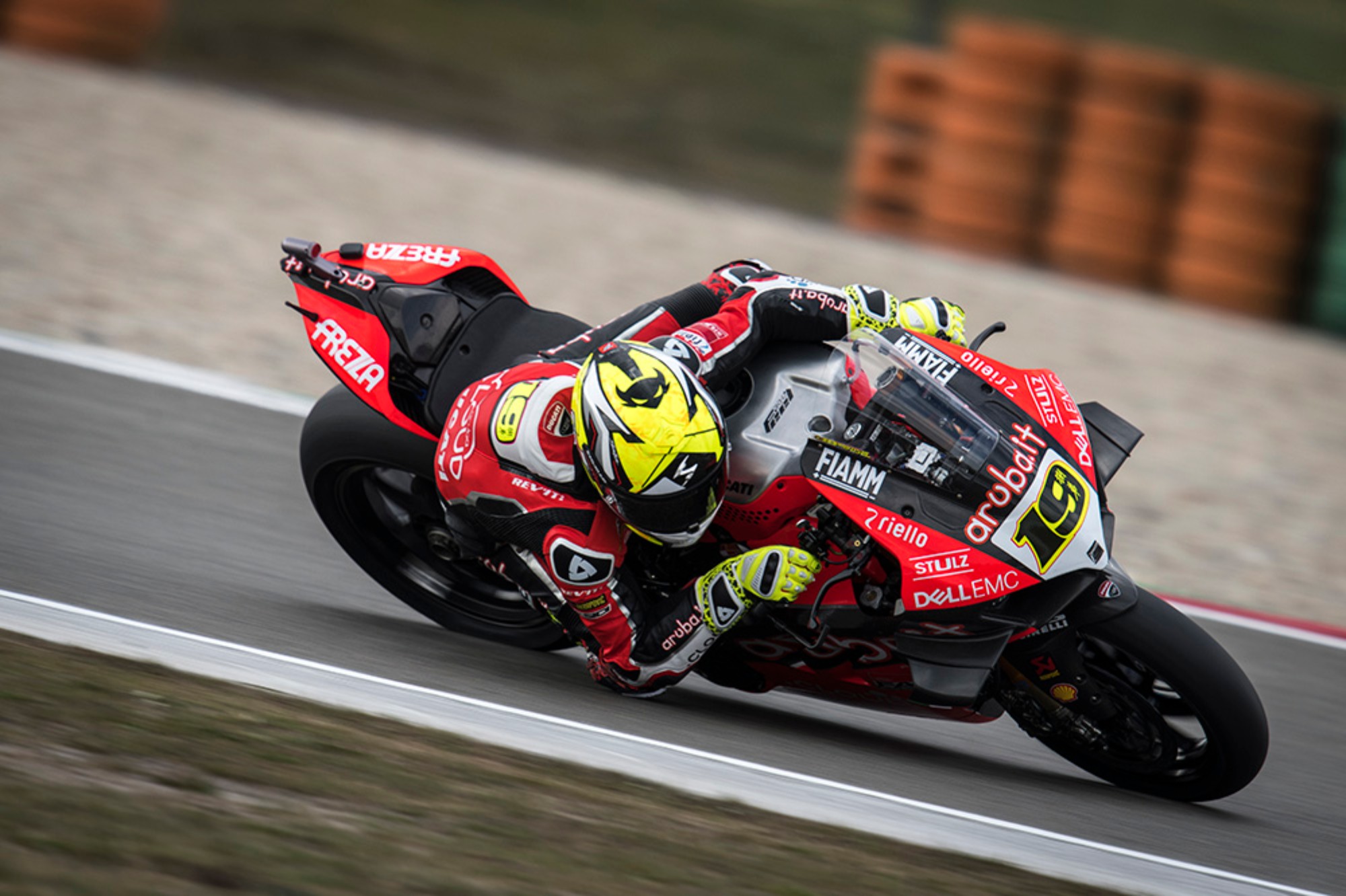 Final part of the 2019 World SBK season underway this weekend in Portugal, with Álvaro Bautista and Chaz Davies (Aruba.it Racing – Ducati) getting to grips with the undulating Autodromo do Algarve circuit near Portimão

Ten days after the official World Superbike test session at Portimão, which saw the participation of all the teams and riders of the championship, the Portuguese circuit throws open its doors once again for this weekend’s tenth round of the season. Both Aruba.it Racing – Ducati riders, Álvaro Bautista and Chaz Davies, took advantage of the two days of testing in August to prepare for the final part of the season, which will see them take part in four rounds (Portugal, France, Argentina and Qatar) over the next two months.

After leading the way in the standings for the first part of the season, the Spanish rider now finds he has to play catch-up to his Kawasaki rival, Jonathan Rea, in the fight for the title. Even though the gap to Rea is now 81 points, with four rounds still to be held (and a total of 248 points available) anything can still happen, and Bautista and the Aruba.it Racing – Ducati team will do everything possible to make life difficult for his rival from Northern Ireland. Álvaro has never actually raced on the challenging Algarve track, but as he has already taken part in two test sessions there, it won’t be totally unknown for him.

Team-mate Chaz Davies, who during the California weekend scored his first win of the year aboard the Panigale V4 R, is ready to confirm this positive upswing, even though this track remains one of the few where he is yet to win. The Welshman in fact has started eleven races here, with his best results being a second place in 2017 and two thirds in 2014 and 2015.

World Superbike returns to action therefore at a circuit where, out of the 20 races held so far, Ducati riders have won on four occasions, the last one of which was in 2011 with Carlos Checa (Ducati 1098R). On only one occasion (2008 with Troy Bayliss) has Ducati scored a double win.

“The two days of testing we did here last week were very useful, even though I preferred to rest my shoulder on the second day because it was the first time I had been back on the bike since my injury at Laguna Seca. I’ve had a few more days to recover, but during this weekend we might have to change our approach and try and rest the shoulder on Friday to be in a position to tackle the races in the best possible condition. Luckily, the two tests I’ve done at this circuit between January and now will be a great help, we have some markers, I know the track better and as a result it will all be a bit easier.”

“After the summer break and about two months after my win, I know it’s going to be a tough race here at Portimão, but the gains we made at Laguna Seca and the work we did in the test have really put a bit of a spring in my step. I feel like the bike is now a lot different to the one I’ve been racing this season and I’m looking forward to the race because I feel our pace is quite decent. Going on past results, for me this track is not the easiest one to get a win at, but I’m feeling optimistic because the Panigale V4 R is going better around here than the twin ever did. I’m feeling confident, even though Portimão is not an easy track and the bumps and undulations throw up a lot of different challenges.”

In the early years of WorldSBK the championship visited Portugal on two occasions with four races held at the Estoril track, in the 1988 and 1993 seasons. The series returned to the western European country in 2008 at the spectacular new 100,000 capacity Algarve International Circuit close to Portimão on the Atlantic Ocean. Several riders from Portugal have competed in WorldSBK over the years, the most successful of them being Alex Vieira, the only Portuguese to have won a race in the series, at the Osterreichring in 1989.