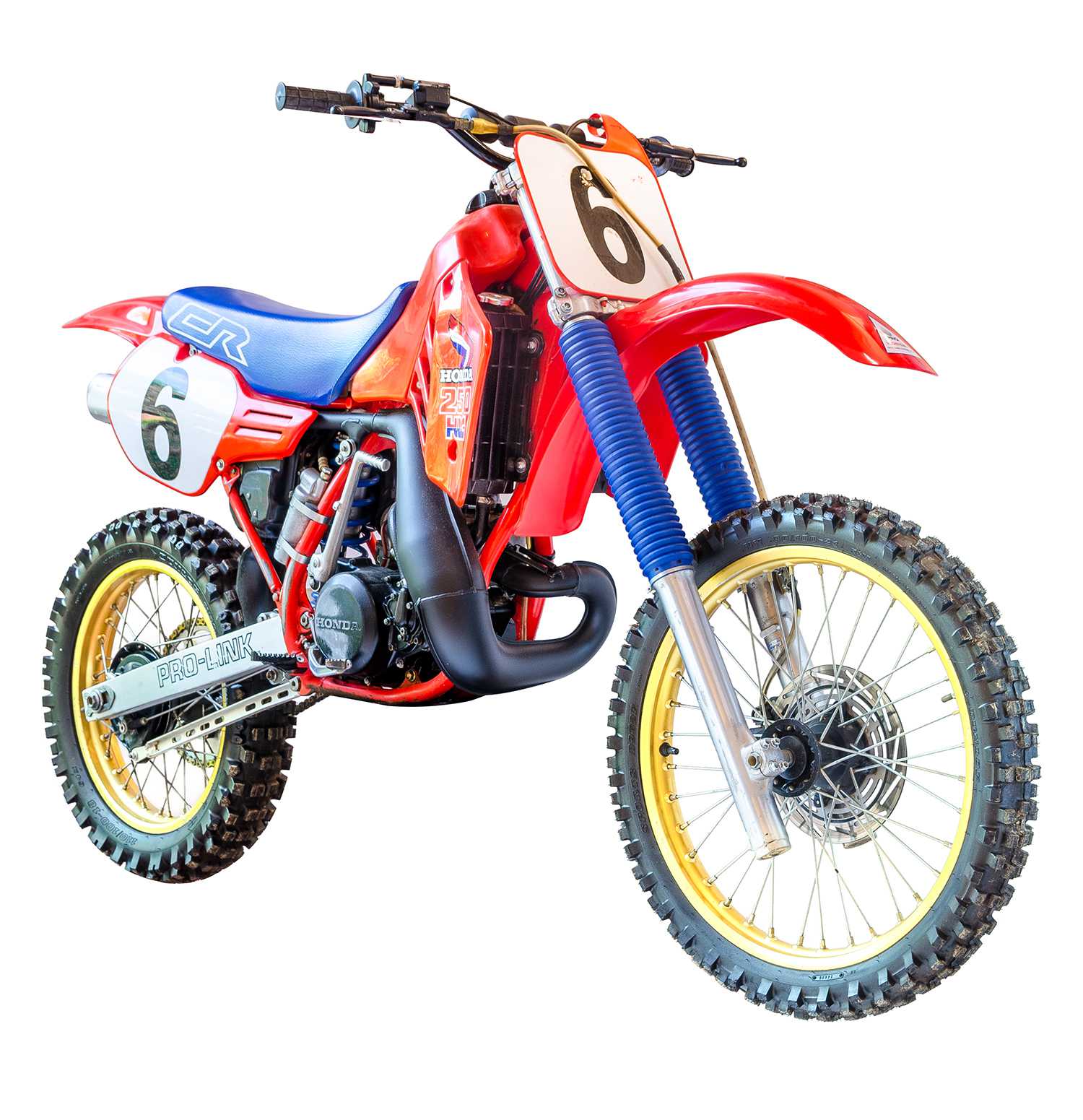 Banquet to honor AMA Champions Jan. 23 at The Hyatt Regency in Columbus, Ohio

PICKERINGTON, Ohio — In addition to honoring national champions from all motorcycle and all-terrain-vehicle racing disciplines sanctioned by the American Motorcyclist Association, the 2015 AMA Championship Banquet on Jan. 23 at The Hyatt Regency in Columbus, Ohio, will include the drawing for an original condition 1986 Honda CR250R raffle bike.

All proceeds from the raffle benefit the AMA Motorcycle Hall of Fame, a 501(c)(3) nonprofit organization. One chance to win is available with a $5 donation, or five chances are available with a $20 donation. To donate, see www.motorcyclemuseum.org > Raffle Bike or call (614) 856-2222.

“Vintage racing is attracting a whole new generation of competitors, drawn to the carefree fun that can be had on bikes such as this ’86 Honda CR250R,” said AMA Chief Operations Officer Jeff Massey. “This motorcycle was made for one thing: having a great time on two wheels. I know the new owner will enjoy it just as it was meant to be enjoyed 30 years ago. Who knows, he or she might even ride it to an AMA national class title at next summer’s AMA Vintage Grand Championship during AMA Vintage Motorcycle Days.”

The 2015 AMA Championship Banquet honors competitors who placed first, second or third in AMA National Championship Series and at AMA Grand Championship events. Class champions will receive medals and AMA No. 1 plates at the banquet, while second- and third-place finishers also will receive awards. All who wish to celebrate the 2015 racing season are invited to attend.

The Hyatt Regency is a full-service hotel and conference center in the Greater Columbus Convention Center at 350 N. High Street in downtown Columbus. It is less than 25 minutes from AMA headquarters and the AMA Motorcycle Hall of Fame in nearby Pickerington. To register to attend, visitwww.americanmotorcyclist.com/racing/racingbanquet.aspx.

The program will include dinner, door prizes, a reception and a bike show. Attendees also are invited to attend an open house at the AMA Motorcycle Hall of Fame the day before the banquet on Friday, Jan. 22.

About the American Motorcyclist Association
Founded in 1924, the AMA is a not-for-profit member-based association whose mission is to promote the motorcycle lifestyle and protect the future of motorcycling. As the world’s largest motorcycling rights and event sanctioning organization, the AMA advocates for riders’ interests at all levels of government and sanctions thousands of competition and recreational events every year. The AMA also provides money-saving discounts on products and services for its members. Through the AMA Motorcycle Hall of Fame in Pickerington, Ohio, the AMA honors the heroes and heritage of motorcycling. For more information, visit www.americanmotorcyclist.com.
Not a member? Join the AMA today: www.americanmotorcyclist.com/membership/join