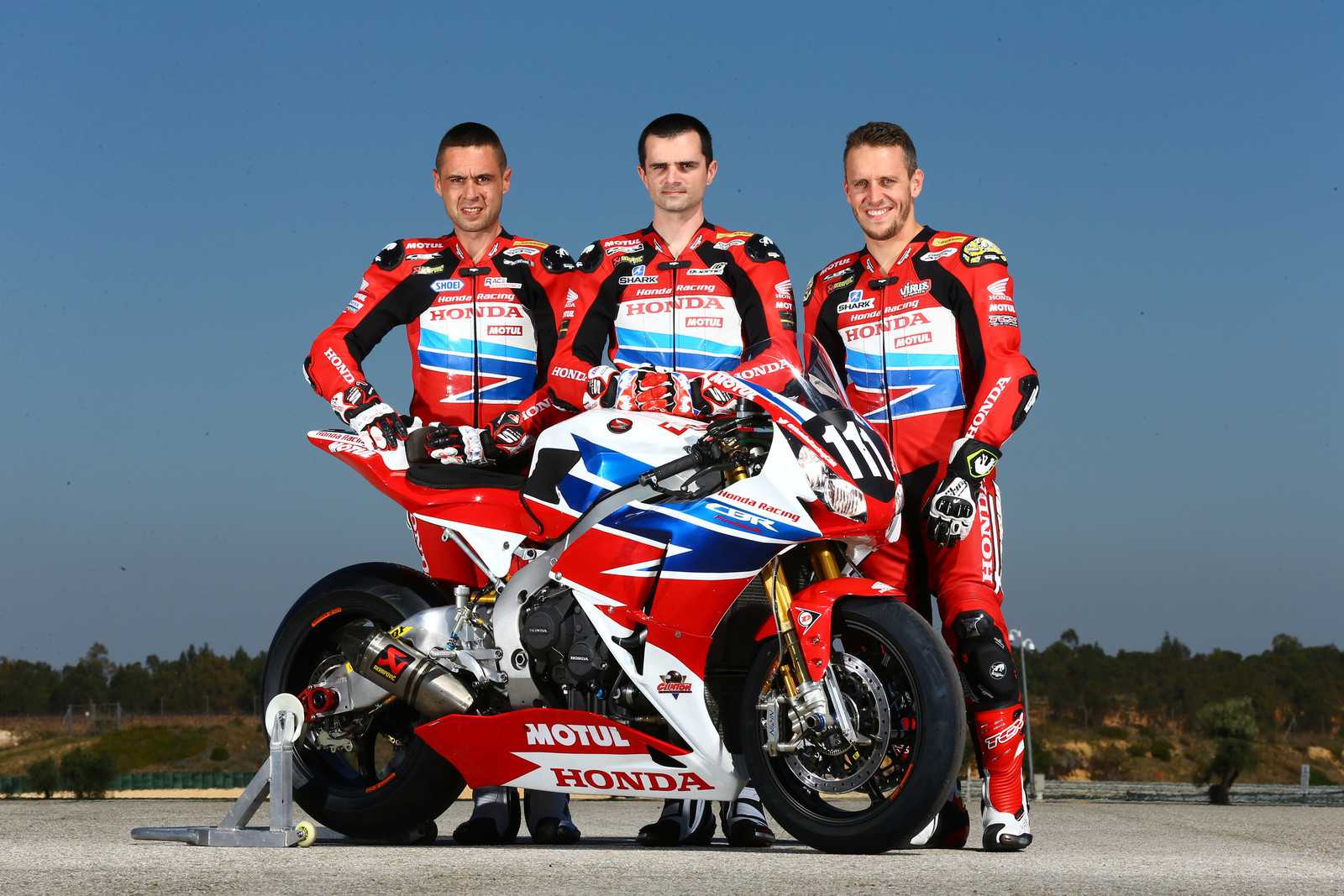 Endurance trio to remain with Honda for 2016 EWC championship assault

Honda Motor Europe Ltd. is pleased to announce that it will again contest the 2016 FIM Endurance World Championship with Julien Da Costa, Freddy Foray and Sebastian Gimbert, as the trio enters their third consecutive year with the Honda Endurance Racing Team. The three former EWC champions will again compete aboard the Honda CBR1000RR Fireblade SP in their quest to clinch the championship title.

The 2015 season was mixed for Honda and its French endurance specialists, with strong performances in both 24-hour races at Le Mans and the Bol d’Or masked by unfortunate retirements. However, it was only in the final few hours that they were forced to retire, after holding the lead for most of the 24-hour period.

A favorable result came at the 24-hours of Barcelona, a race not in the EWC calendar, where the team finished on the podium in second place and also at the legendary and grueling Suzuka 8-hours and Oschersleben 8-hours, were the squad finished within the top ten.

Building and learning from this year will be key over the winter months for the development of the CBR and the crew and riders – all of who will be looking for a positive 2016 season, with the clear aim of victories firmly in their sights.

The full 2016 Endurance World Championship calendar is still to be confirmed by the FIM. Pre-season testing will begin in March. For all the latest news on the team follow @HondaRacingCBR on Twitter.

We are very pleased to retain the same three riders for our endurance team; we know that they are capable of running at the front in all the endurance races, which they have shown in the last two years of being in the team. I’m happy to be working with Julien, Freddy and Sebastien again, and it keeps the same continuity with the team. We now hope we can provide them with a machine that is capable of winning the Endurance World Championship in 2016.

I am looking forward to race again next year with Honda and also on the Fireblade. We all have some things to work towards and I’m sure once we have a few issues sorted we can do great things. The CBR is a great machine and we all enjoy riding it and we know that we are capable of winning – you just have to look at how we have led the 24-hour races, but bad luck let us down. I like working with the team as everyone is so friendly – we’re now like a family and I’m looking forward to continuing the Honda EWC story.

I’m pleased to continue with Honda for what will now be my third year with the team and also my two teammates. We all get on very well and know each other now so it’ll be easy to get back to it for testing in the New Year. I’m confident for next year because we are so strong, but there are just a few things to sort out. The winter will be crucial for 2016 with developments to the bike and also for all our training. I can’t wait to get back aboard the Fireblade at the first test.

I’m very happy to continue the adventure with Honda in the World Endurance Championship. It will be our third year so I know my teammates and the crew very well now and I am very motivated for this challenge. After the last race at the Bol d’Or it was difficult for me as I was disappointed not to finish, but now I am ready for this new challenge and the new season! I have already started my physical preparation; I have set big goals for this year and I have decided to no longer participate in the French Superbike Championship so I can focus exclusively to EWC and Honda. I can’t wait to see the team again and get back on the CBR for testing; I know the crew is working hard to give us a winning machine.