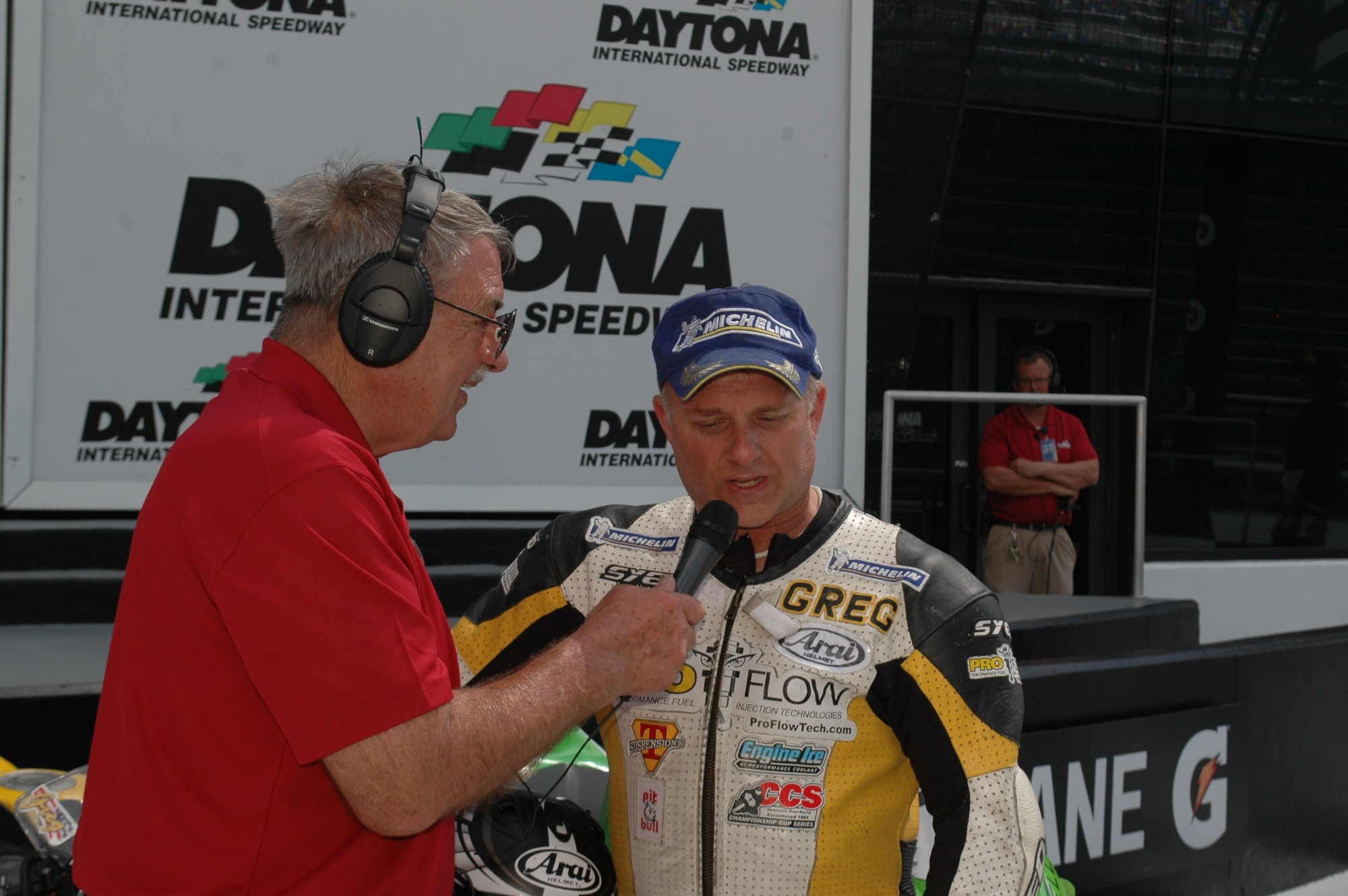 More information on the event, which will take place at the start of the 96th Annual Laconia Motorcycle Week, can be found at www.race-uscra.com.

“Richard represents the ultimate dedicated, semi-privateer racer, moving from club racer in the 1960’s to AMA PRO and international racer through the 70’s and 80’s. Richard transitioned to a very successful career as an announcer for the past 25 years. His colorful, knowledgeable and fast paced announcing makes him a fan favorite.” said Bob Coy, founder and director of the USCRA. “We’re thrilled to have Richard join us as Grand Marshal of the 2019 FIM North America Vintage Road Racing Championships.”

Beginning his racing career in 1967 on a borrowed Bridgestone 175 twin, Richard Chamber soon moved up through the ranks of club racing. Riding a variety of different makes and models in AMA, ERA and AAMRR events, it wasn’t long before he turned pro. A consistent top 10 finisher, Richard was AAMRR’s 200 GP champion from 1970-72. Additionally, he was both a 350 GP and Formula 2 champion in AAMRR. He took honors as ERA rider of the year in 1974, captured a 3rd at the Loudon 50 Mile Race in 1973 and won the AMA 250 Lightweight Combined race at Pocono in 1975.

Acting as his own mechanic, tuner and promoter, he secured a 3rd in the 1981 Loudon Classic, finishing as the top privateer and successfully competing against the top factory teams aboard the iconic White’s Truck Stop Union 76 Yamaha TZ750.

Richard’s career as a race announcer is equally as impressive. After an injury sidelined him in 1977, he was invited to help announce the races at Mosport. He went on to call the Loudon Classic alongside the legendary Roxy Rockwood. He continued his broadcasting career as announcer for the AMA National and CCS series. Richard’s gregarious personality, keen insights and deep passion for the sport has elevated him to become the “Voice of the Daytona 200”.

The club is honored to have Richard join us as Grand Marshal and excited to have him call our races.

The USCRA is the oldest vintage motorcycle road racing organization in the United States and includes over 400 active members. The club promotes four general types of events: Road racing on both proprietary built road race circuits and real roads courses (Gunstock® and the Streets of Laconia®), as well as Observed Trials, Motogiro USA® and Pewter Run® touring events held on open public roads.

FIM North America is one of six Continental Unions (CONU’s) recognized as geographical subdivisions of and accountable to, the Federation Internationale De Motocyclisme (FIM). It was founded in 1998.

The national federations who are members of FIM NA are, by virtue of their geographical area and their membership in the FIM, American Motorcyclist Association and Canadian Motorcycle Association.

FIM North America establishes an annual calendar of Continental Championship events and other activities, and declares champions in designated disciplines and classes.

The FIM (Fédération Internationale de Motocyclisme) founded in 1904, is the governing body for motorcycle sport and the global advocate for motorcycling. The FIM is an independent association formed by 113 National Federations throughout the world. The International Olympic Committee (IOC) recognizes it as the sole competent authority in motorcycle sport. Among its 50 FIM World Championships the main events are MotoGP, Superbike, Endurance, Motocross, Supercross, Trial, Enduro, Cross-Country Rallies and Speedway. Furthermore, the FIM is also active and involved in the following areas: public affairs, road safety, touring and protection of the environment. The FIM was the first international sports federation to impose an Environmental Code in 1994.