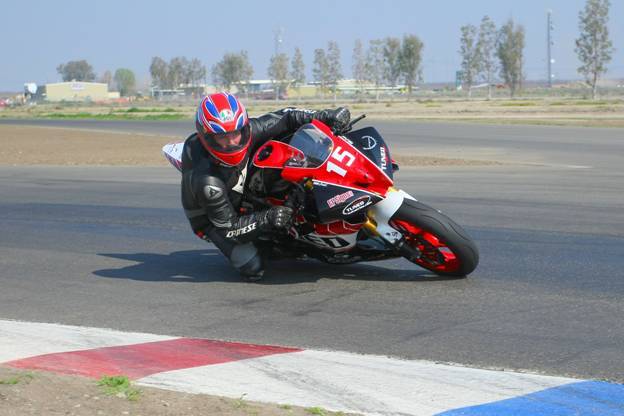 Tuned Racing is pleased to announce the entries of Steve Rapp and Bryce Prince in the 2015 Daytona 200.

Former Daytona 200 winner, Steve Rapp is excited to return to the banks of Daytona, where he won the 2007 race. “The Tuned Racing Yamaha R6 is a bike that has the potential to win this race. It was so easy to adapt to this bike and get up to speed with only a few adjustments. The 200 is a long race, and with Pit Stops anything can happen, but this is a really nice bike,” stated Rapp during recent testing at Buttonwillow Raceway Park.

Bryce Prince, coming off winning the #1 plate at Moto West Grand Prix last season, and setting new lap records at Chuckwalla Valley Raceway last month, is also looking forward to Daytona. “After last year, I feel like I have unfinished business at Daytona. My riding has improved, I have improved my setup on the bike, and the Team has really elevated its game for this season.”

Team Owner, Mike Pond added, “We surprised some people last year when we put a rider on the front row at Daytona in Pro Supersport, and I believe we will surprise people again this year. We want to show the factory supported teams that we can compete at the same level. We have the equipment, the team, and the riders, to run up front.”