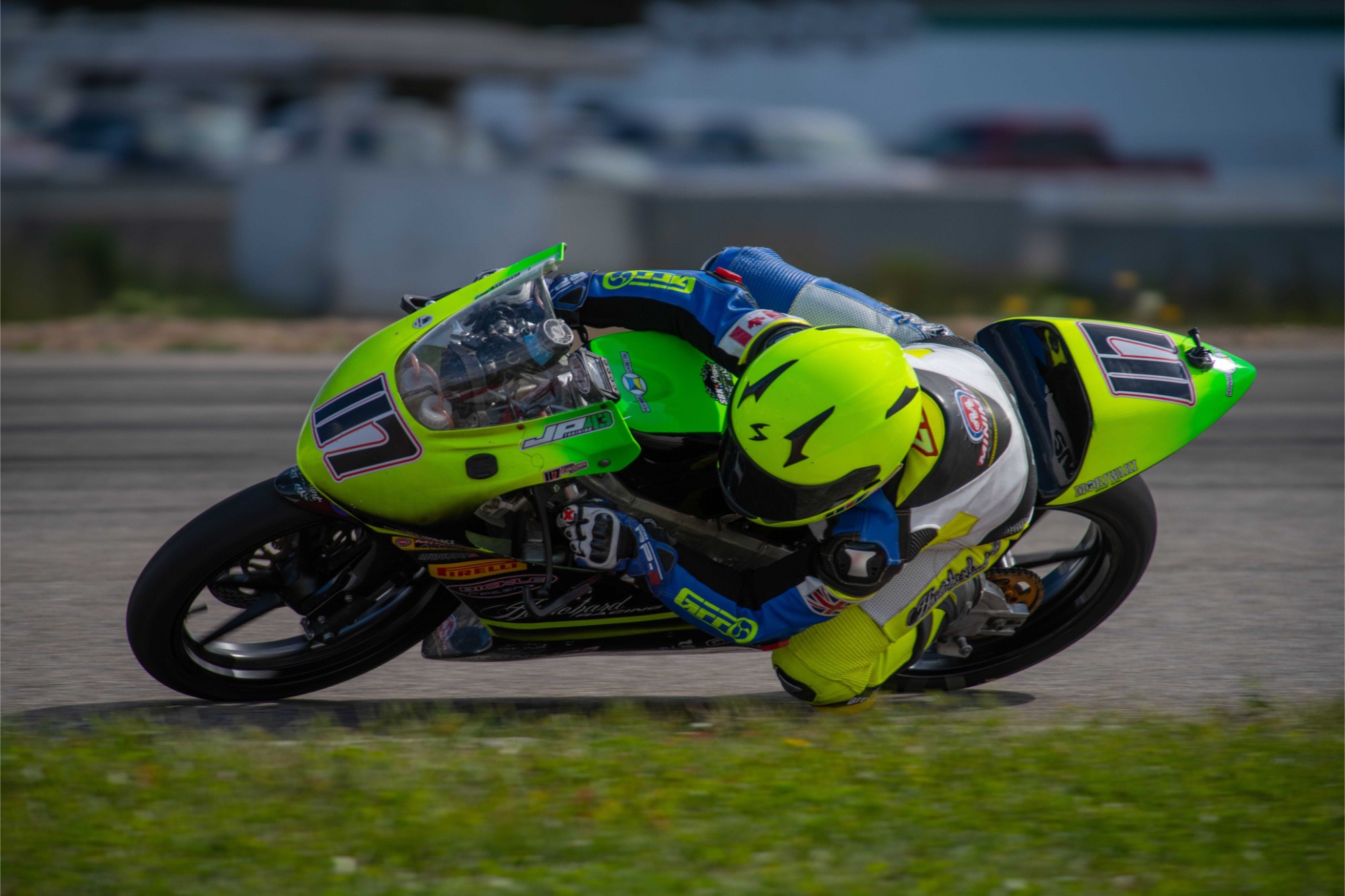 Editorial Note: Torin Collins has dual citizenship in Canada and the United Kingdom by virtue of being born to British parents while living in Canada.

13-year-old Canadian / British motorcycle road racer Torin Collins is honored to announce that he has been selected to participate in the 2019 British Talent Cup.

Torin Collins will be one of 23 riders ages 12 to 17 years old competing on Honda NSF250R motorcycles in events in Britain and Spain alongside MotoGP, WSBK and BSB events.

The British Talent Cup is run by Dorna, the organizers of the MotoGP™ World Championship and the MOTUL FIM Superbike World Championship, as well as co-organizer of the Red Bull MotoGP Rookies Cup. The competition is intended to discover the most talented young riders in the British Isles, providing the first step on their Road to MotoGP™. This will be the second year the British Talent Cup will be run. For more information visit www.britishtalentcup.com.

Torin was selected during a selection process involving 75 pre-selected riders testing for a day at Stowe Circuit in Silverstone UK in the week running up to the 2018 British MotoGP last August.

“This means the world to me – for the past two years we have been training to get in since the British Talent Cup was announced. It’s a fantastic opportunity to progress my riding to the next stage and ride in Britain and Spain”.

Torin started racing motorcycles when he was 6 with the Alberta Mini Roadracing Association, with multiple National Championships in mini road racing both provincially and nationally in Canada. He progressed to larger bikes racing with CVMA in their 2017/2018 Winter Series and went on to dominate the lightweight classes at the Edmonton Motorcycle Roadracing Association in Canada in 2018 and has continued racing in California in the 2018/2019 CVMA Winter Series.